Apple event: Here's all that's expected to be announced at today's iPhone launch

Update: Apple at its launch event on 12 September announced a brand new set of iPhones, which includes the iPhone Xs, the iPhone Xs Max and the iPhone Xr. Also announced at the 'gather round' event was a new Apple Watch Series 4, that now comes with a bigger display, and an accurate heart rate monitor that has been certified by various medical associations.

Once again, it’s that time of the year when Apple CEO, Tim Cook takes to the stage and announces a bunch of new iPhones, with some new accessories and the usual update to the Apple Watch. However, this year, things are expected to get a bit more exciting (for Android fans waiting to shame Apple) as all of the new iPhones are actually expected to look identical, save for their physical size.

Also expected at this year’s ‘Gather round’ event (which we tried to decode) is a slightly revamped design for what is the most successful smartwatch in years, the Apple Watch. So let’s take a quick look at what’s in store at this year’s iPhone announcement, set to take place on 12 September, today at the Steve Jobs Theatre.

The pre-show of today's event starts at 9.00 am Pacific Time, which is 9.30 pm Indian Standard Time. And the event starts at 10 am, which would be 10.30 pm for people watching from India. For more details about when and where to watch the event live, head here. For all practical purposes, the iPhone is the most important product at today's event and from all that we have gathered so far, Apple is expected to launch a total of three new iPhones this year.

Basically, all the devices get a worthy upgrade even if all of them now look very similar.

Yes, according to a Bloomberg report, Apple could be looking to drop the ‘Plus’ branding this year, with both of its high-end iPhone models being christened as the iPhone Xs.

We've also learned that Apple analyst Ming-Chi Kuo who released a couple of his latest predictions, guesses that the production of the rumored 6.1-inch iPhone with an LCD has been postponed to late September to early October due to quality issues with the assembly and display. This is the same phone that is being popularly referred to as the XC. According to Bloomberg, however, Apple has considered calling that 'iPhone Xr.' The other alleged name of this device is the iPhone 9. Apple could also decide to go ahead and call its biggest iPhone, the iPhone Xs Max, but that sounds very ‘Asus-like’ (it has the maximum number of ‘Max’ branded smartphones) so we believe that Apple will go easy on the naming and stick to its iPad-like branding calling both devices with one name instead.

In short, it’s going get a lot more awkward this year to explain that brilliant new iPhone purchase you made to office colleagues and friends, more so because they will all have that ugly notch and mainly be differentiated only by their physical size. Here's what we are expecting.

If you hated the notch (Android is almost done with it) Apple is expected to keep its customers interested by showcasing the iPhone X design in new colour variants.

As per the leaks, the colours have not changed much, but the most affordable iPhone XC will be available in red, navy blue, gold and white finishes, with the white finish also getting a (very OnePlus like) Rose Gold frame. 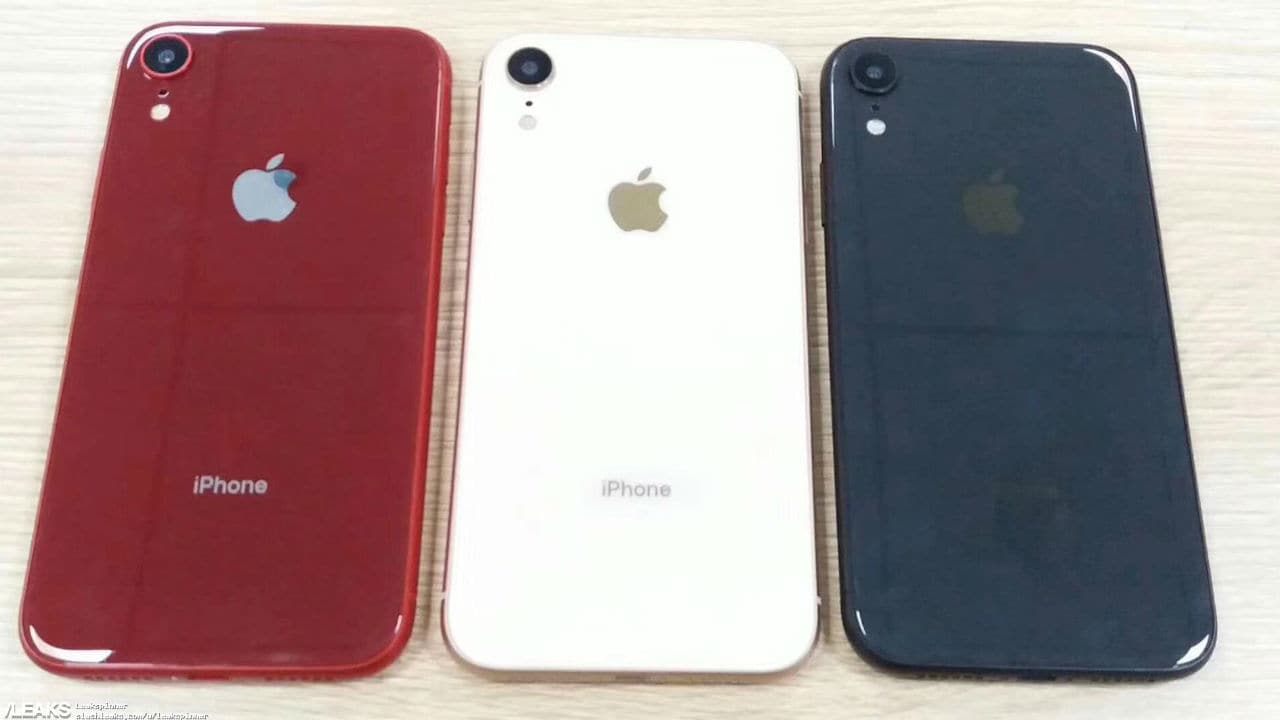 As for the iPhone Xs models, leaked images hint at the same old colour schemes with a new gold option that comes with a twist. You can expect Apple to play with the frame’s finishes this time, with a muted gold device featuring a polished copper gold frame. The black model already features a polished stainless steel frame that comes in a shade darker than the standard White model. 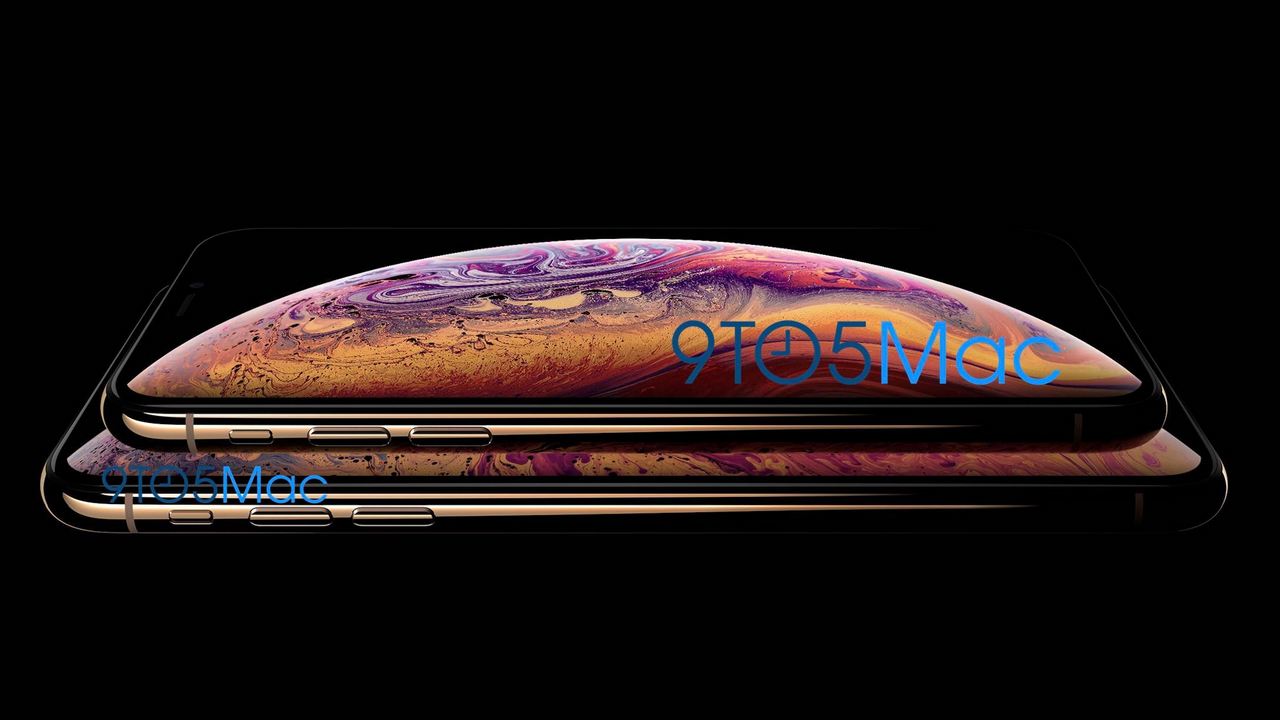 If you were wondering what Apple plans to do with that massive 6.5-inch OLED display on the iPhone Xs Max? Well, a recent leak hinted that Apple could go with apps optimised just for it running them in an iPad-like landscape mode.

A round Apple Watch?

Not yet! According to the latest leaks and rumours despite the “round” Apple Campus 2, Apple’s upcoming smartwatch will still be a square with rounded corners.

In fact, the new Apple Watch will look almost identical to the new one, save for usual, expected internal upgrades.

The big change with the Apple Watch Series 4, will be the new edge-to-edge display, which should, in theory, be able to display more content within the same Apple Watch footprint. A report by 9to5mac points out how Apple’s new display will stretch from side to side delivering a display that is 15 percent larger than the current models with thinner bezels. 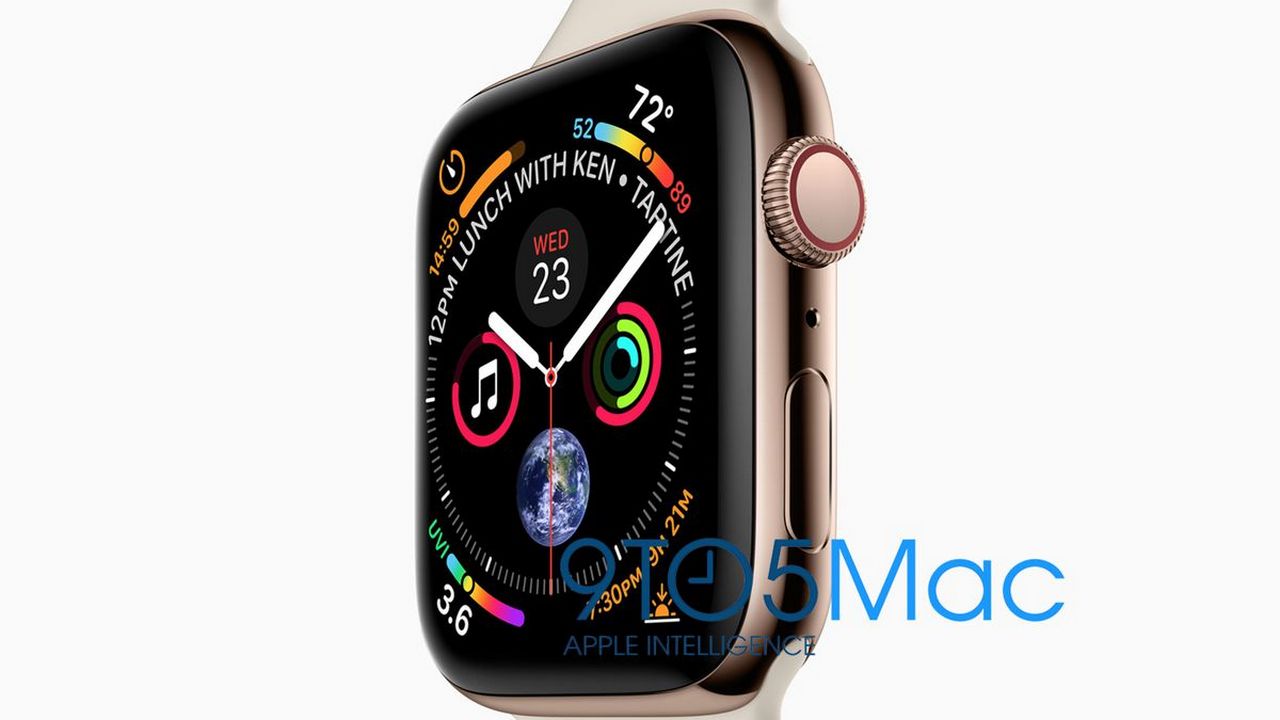 The software too will see a few updates to make use of the bigger display with a brand new watch face capable of showing a lot more information than the current faces offer.

While the display seems bigger, offering more room, the Apple Watch Series 4 seems to be a bit complicated. This is because the analog face shows eight additional complications — four around the clock and four within the clock, near the clock hands.

Also added is an additional microphone which hints at the voice capabilities of what is expected to be a standalone 4G smartwatch.

While there was a recent leak about the Apple Watch going from square to a round design akin to the Samsung Gear smartwatches, we will have to wait and see how far this leak takes us. The new Apple Watch will have a circular design. Image: Slashleaks

The image does not mention explicitly that the watch is an Apple Watch design, but there is a hint, in the form of an iPhone placed over the drawings.

What still remains a mystery is the cryptic invite, which forced many to look back at the rumours of a round watch, to begin with.

Announced back at its September 2017 event, Apple has yet to announce the release date for its AirPower wireless charging mat.

The charging mat which was designed to wirelessly charge several devices (including accessories) in one go, did get announced, but we never heard from Apple after that despite promises to get the product to stores by 2018. Last we heard, AirPower was riddled with problems and was still in its testing phase around June this year.

If we do hear about AirPower, we will in all probability also hear about the new AirPods and a wireless charging case to go with them.

Apple analyst Kuo, however, believes that the AirPower charging mat and new AirPods might be released by the end of 2018.

The last iPad Pro models were announced at a separate event back in June 2017, and we haven’t heard from Apple about any refreshed models since. Apple did give us the new iPad but it’s not exactly the PC-bashing monster like the iPad Pro was. There have been rumours about an Apple iPad model that skips on the fingerprint reader and uses Face ID instead. Kuo's predictions echo a similar thought, that it will support Face ID. He also predicts that the new iPad Pro will replace the lightning port with USB-C for the first time, and that the device will ship with an 18W power adapter in the box.

The new iPad if launched, could easily sport the thinnest bezels on a tablet ever, but we wonder how much of a benefit those thin bezels will bring when it comes to usability. The Apple iPad Pro was launched back in July 2017. Image: Apple

There is apparently going to be a low-priced MacBook which will support Touch ID fingerprint authentication for unlocking the device. However, it might not have a touch bar.

Lastly, there’s also the number of software updates to Apple’s device ecosystem (macOS, watchOS, tvOS and iOS) that will begin rolling out soon after the announcement.

We are just a few hours ahead of the launch of what is indeed the biggest hardware event of the year, and it’s easy to point out how Apple’s iPhones have already fallen short of expectations. From the given leaks, Face ID is here to stay, which also hints at the presence of the display notch. Again, given the premium price tags that the new iPhones are expected to fetch, they again look identical to last year’s iPhone X.

Meanwhile, brands like Samsung and Oppo have our attention when it comes to notch-less, bezel-less displays and even some folding ones that are expected to arrive next year.

As Samsung tries to make sense of a folding display and Oppo rules when it comes to bezel-less design, we have Apple’s iPhones that have barely changed when compared to Android devices. But from an iPhone user's perspective, it may have changed just about enough (going almost bezel-less) to warrant a purchase.

We will find out if these speculations are indeed true on tonight. Or if Apple has any surprise in store for us.

We at Tech2 will also be doing an overnight coverage of the event, on both, our website and on our Twitter page. Also, do check out our videos for following tonight's big event on our YouTube channel.

To keep up with all the latest updates regarding Apple launch, head to our Apple 2018 page.

Apple Watch Series 6 Review: Everything else feels like a fitness band