The hype around new iPhones is always at fever-pitch, and with good reason.

The holy grail of smartphone launches is around the corner and the entire tech community and beyond just can't keep calm about it. We are obviously talking about the iPhone launch which has just been confirmed by Apple as happening on 12 September at the Steve Jobs Theatre in Cupertino.

The hype around new iPhones is always at fever-pitch, and with good reason. Apple's iPhones set the trend for the year ahead and define the design elements that will grace most upcoming Android phones. The Essential Phone may have introduced the notch, but it was the iPhone that gave other phone makers the "courage" to embrace it.

As usual, the rumour mill is also working over time, and we seem to already have all the information we need about the upcoming phones. It would seem that Apple is going to unveil three new iPhones, all of them will apparently feature the same design language as the iPhone X, with the possible exception of one iPhone, which will have the giant display notch, but not the dual-camera system on the back, or the OLED screen. 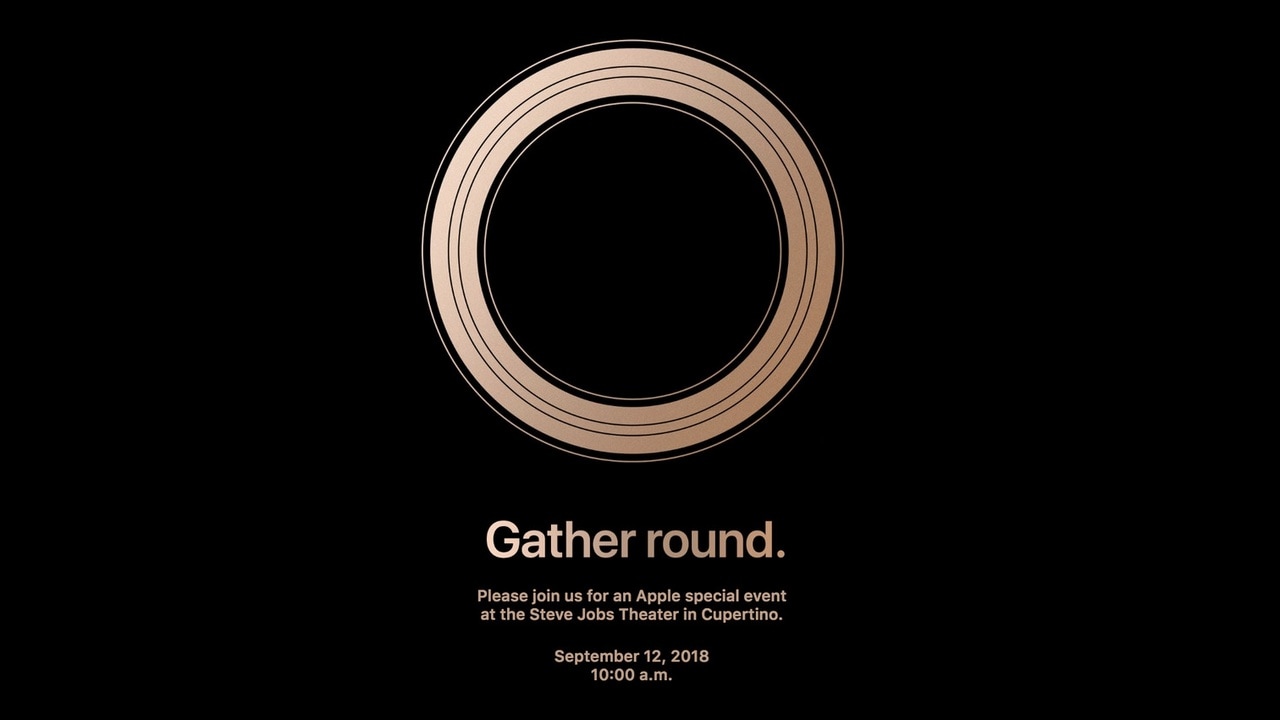 This is just speculation for now, but in this day and age, it's impossible to keep anything a secret and you can pretty much take these leaks at face value. For more details, you can check out our more detailed piece on the iPhone roundup here.

But moving on, the only official information we have on the event is the invite sent by Apple. Normally it would be downright ridiculous to scrutinise a launch invite, but this is Apple we're talking about and since we have nothing else, we might as well do that.

To be fair though there's not much to dissect in the invite anyway. It show's a gold circle (which resembles the Apple Park in Cupertino) and the words 'gather around'. Does that mean Touch ID is coming back? Is the Apple Watch to get a round face now? Is there a gold-plated, trash can Mac Pro? What has Apple been working on?

While we do let our own imaginations run wild, some enterprising folk have managed to bring their imagination to life... in memes.

I finally found something Apple is bad at designing: Slot car race tracks. Back to the drawing board, Jony. pic.twitter.com/zqRWKT93YO

All this speculation about a round iPhone is way off the mark…clearly the Apple event on September 12th will mark the reintroduction the hockey puck mouse.

gather round every body pic.twitter.com/GGo0by1xtI

Personally, we believe that Apple is secretly building a particle accelerator inside the campus so as to open up an inter-dimensional rip in space-time.