OnePlus 6 to launch in India on 17 May, sale to begin on 21 May: Here's all you need to know from the leaks so far

The company has gone out of its way to give us daily teasers of the smartphone. Between this and the leaks, it's hard to keep up with all the information.

One of the most anticipated phones hitting stores next month is the OnePlus 6. OnePlus confirmed that the phone is going to be announced on 17 May in Mumbai, India at around 3:00 PM while sale starts from 21 May. The invites for the event will go live on 8 May from 10:00 AM. The company has gone out of its way to give us daily teasers of the smartphone. Between these teasers and the numerous leaks, it's quite hard to keep up with all the information.

To ease that burden, here's a list of all the information about the flagship that's currently circulating around the internet. Right off the bat, Carl Pei, co-founder of OnePlus, confirmed in an interview with The Verge, that OnePlus 6 will come with an iPhone X-like notch. He explained that that notch helps move the entire notification bar higher up and that this, in turn, gives users more content on their screen. He said that the notch in the OnePlus 6 will be smaller than the one on the iPhone X, and even provided the exact dimensions, which are 19.616 mm x 7.687 mm. The phone's AMOLED display will have an FHD+ resolution along with a size of 6.28-inches.

He also said that the software feature in the OnePlus 6 would give the users a notch-free experience from day one if they so desired. However, unlike the iPhone X, the OnePlus 6 will have a small chin. This is because the iPhone X uses a complex wrap-around OLED panel that bends under the smartphone to connect with the logic board behind the display. This flexible panel is one of the main reasons why the iPhone X is so expensive and OnePlus has likely avoided this in order to keep pricing in check. The OnePlus 6 will come with Snapdragon 845.

OnePlus had confirmed through a teaser video that the OnePlus 6 will come with the latest Qualcomm Snapdragon 845 SoC. The image posted had further confirmed that the company will also launch a mammoth variant with 8 GB RAM and 256 GB internal storage. We had some hopes that OnePlus could perhaps launch a 12 GB RAM variant (Of course it's pointless, but bragging rights are bragging rights). It looks like we will be disappointed on that front. 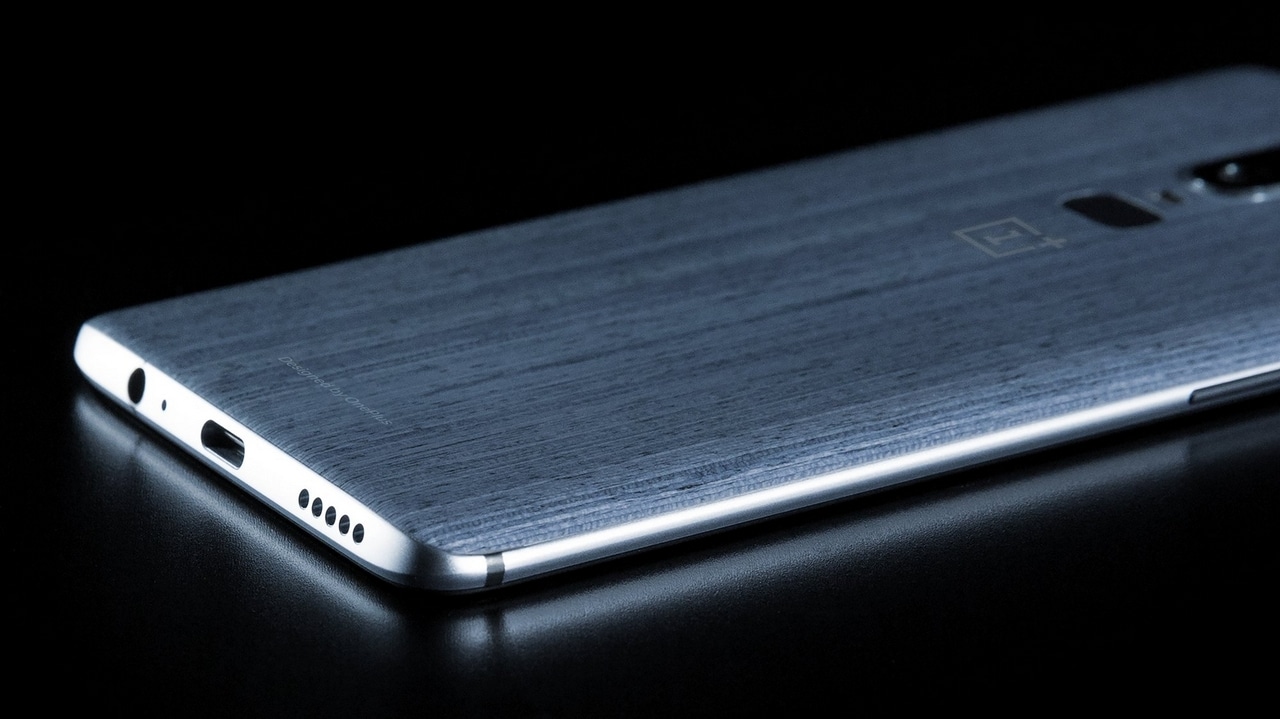 Leakster Evan Blass had earlier leaked an image of the OnePlus 6 which had shown a wooden texture at the back of the phone, along with a 3.5 mm headphone jack. Carl Pei did tell The Verge that the headphone jack isn't going anywhere. Thumbs up to OnePlus for this.

Speed up your experience with gestures. #OnePlus6 pic.twitter.com/xo2uS2hwTT

OnePlus tweeted out a 6-second video a couple of weeks back which hinted at "advanced" full-screen gestures which would enable a smoother functioning of the operating system. Apple opted for a gesture-based input system on the iPhone X when they realised that there would be no room for buttons on the front. OnePlus has clearly adopted the same attitude. The possibility is high that the gesture functions will be similar to those on the iPhone X.

Don’t you just hate it when you have to stop using your phone when it rains? So do we 😉 pic.twitter.com/WsWc4Mw3Yz

The absence of a waterproof design in all the previous OnePlus smartphones left many fans disgruntled. However, it would seem that OnePlus is looking to change that after it tweeted a teaser video which showed water drops falling on a black surface, along with a caption which said "Don’t you just hate it when you have to stop using your phone when it rains? So do we." We have no clue right now as to what IPXX rating the OnePlus 6 will have, but we can be sure that the phone will be at least partially waterproof this time. 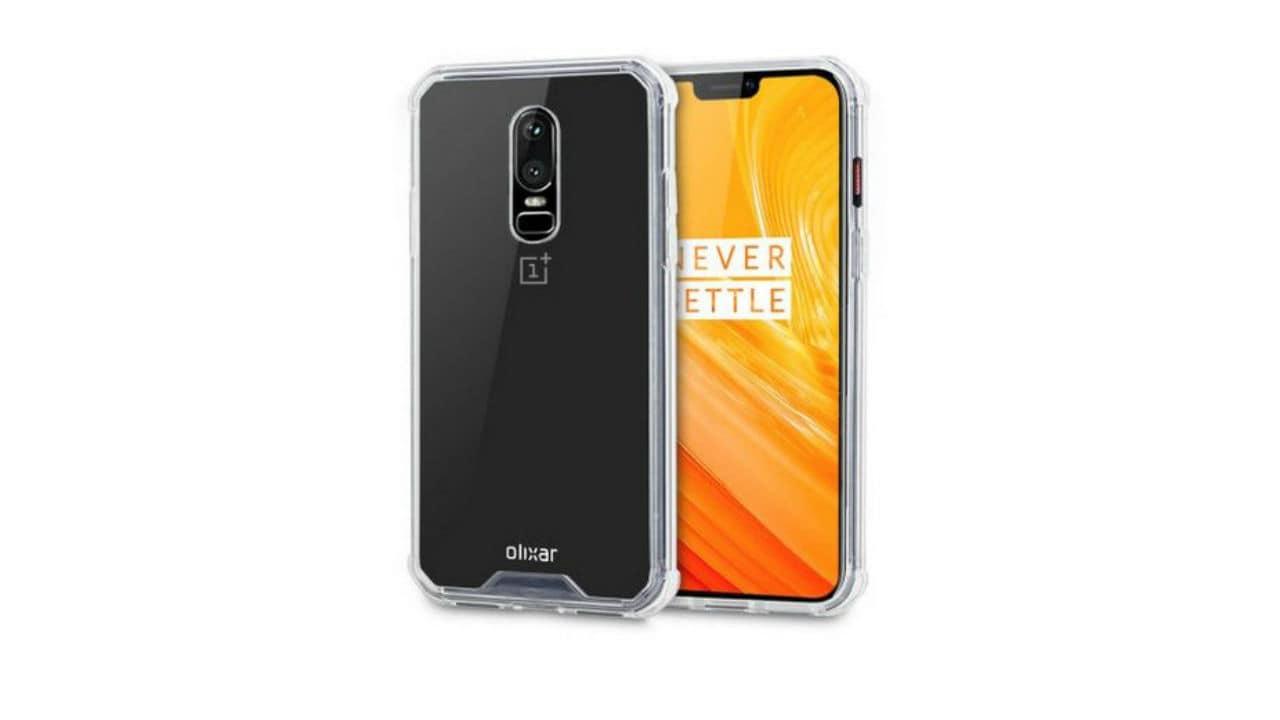 Case maker Olixr had recently put OnePlus 6 cases on pre-order on Mobilefun. As per the Olixar renders, the phone has a vertically aligned dual-camera setup below which there is a rectangular fingerprint reader instead of the circular one we saw in the OnePlus 5T.

More immersion in a refined form factor. Are you ready for the #OnePlus6? pic.twitter.com/2HR2YE5Jb6 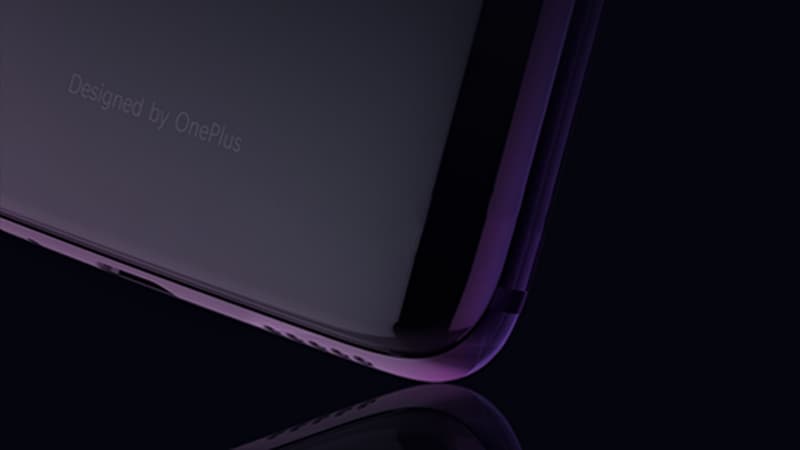 Glass back on the OnePlus 6. Image: OnePlus.

In another tweet, OnePlus revealed something new about the OnePlus 6 body. The tweet showed an image of a shiny surface with "Designed by OnePlus" etched into it. Looking at the finish and the mention of "new materials", it's possible that the phone could come with a ceramic finish for the device.

In another post titled 'Our approach to honest design’, OnePlus co-founder Pete Lau revealed that the OnePlus 6 will come with a glass back to provide users with a "different experience" in comparison to the previous generation of devices. This could make the possibility of a wireless charging option in the OnePlus 6 come true. A demo video of the same was also shared recently, which indicated that OnePlus might include a wireless charger within the box.

OnePlus 6 images that were leaked on Chinese website cnmo sometime back suggested that the smartphone would come in three colour variants of white, black and blue, with a red-coloured alert button. The alert slider of the device will come with smart camera controls, the company tweeted with the teaser of the smartphone.

Last year, OnePlus had a collaboration with Disney to sell a Star Wars Edition OnePlus 5T. Now, OnePlus has announced a collaboration with Marvel Studios to give out 6,000 free movie tickets for the movie Avengers: Infinity War in India. There are also rumours about the possibility of a special Avengers: Infinity Wars-themed OnePlus 6 smartphone arriving in the country. Let's see if those rumours hold true. It would seem that OnePlus has given out nearly all the key features of the OnePlus 6 and has raised the expectations tenfold for the device. The only mystery now is the pricing of the device. Some earlier leaks had suggested that the 8 GB RAM + 256 Storage variant will cost about $750 or approximately Rs 50,000.

As for the Indian market, considering the OnePlus 5T launched at a starting price of Rs 32,500, one can assume that the feature packed OnePlus 6 would start at a price more than that. As it is, the registration page for OnePlus 6 is live on Amazon India's website. Stay tuned to our website as we update you about all information regarding the OnePlus 6.