The an interview with The Verge sees Pei explains why the notch is future for Android smartphones like the OnePlus 6 and why consumers should learn to love it.

Just like last year this year's OnePlus 6 is expected to look similar to the Vivo V9 or the Oppo F7. While OnePlus does make a few minor changes to the back of its smartphone, they somehow still end up looking quite similar to offerings from its BBK siblings, Vivo and Oppo. 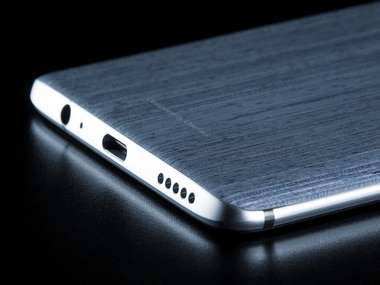 In an exclusive to The Verge (that previously informed about the similar design) the co-founder has explained how one should "learn to love the notch".

The interview with The Verge sees Pei explaining why the notch is future for Android smartphones and why consumers should learn to love it.

Pei explained to the publication that notch essentially moves the entire notification bar higher up which gives users more content on their screen. OnePlus will adopt the notch so it seems, but their notch is expected to be bigger than the one found on Andy Rubin's Essential phone and smaller than one on seen on the iPhone X.

He also added that OnePlus's notch will be different and will be implemented better.

Pei then talks about why the OnePlus 6's notch could not be too small because that would compromise the sound quality of the earpiece and the front-facing camera. Even worse, the omission of the proximity sensor and the "critical" LED notifications light could simply did not feel right for OnePlus users. Moreover, with the lack of technologies like Face ID, the OnePlus 6's notch (just like on every other smartphone) would be smaller than the one found on the iPhone X. According to the report, the notch on the OnePlus 6 is expected to be 19.616 mm x 7.687 mm. OnePlus will also ensure that users have a great "notch-happy" software experience from day one.

Pei claimed that OnePlus got its team to manually test the top 1,000 apps on the Google Play Store just to determine which of those apps would need a compatibility mode with their version of the notch.

The clock will be move to the left side (like in Android P) and will allow more room for other icons.

Learn to love the notch 😉 https://t.co/Rd9lkcksJV

So what about video? Well, the OnePlus way is to disguise the notch, to match the curvature of the display (so much for more content).

OnePlus thinks quite positively of the notch as an area that will free up your status icons and notification icons giving them some extra space of their own at the top when in portrait mode.

Additionally, the OnePlus 6 would also include a (hopefully optional) gesture-based navigation system like on the Apple iPhone X, the Vivo V9 and the Oppo F7 (and some Xiaomi smartphones).

When quizzed about whether the Apple iPhone X was an influence, Pei's answer was simple and clear, "Maybe not as fast. But we have access to the roadmaps of all the screen manufacturers, and when they gave us the opportunity to make cutouts at the top of the screen, it just made sense.”

And where there's a notch, there will always be a chin and so the OnePlus 6 will have it.

While it's not exactly news, Apple's approach to the iPhone X's chin-less design is because of its use of  a flexible OLED display that bends under the edge of the smartphone and connects to the logic board behind the display. It's also one of the more expensive techniques (which is why it costs a lot more) as even a brand like Samsung (that makes those displays) did not implement a wrap-around panel on the Galaxy S9 this year.

In the case of OnePlus, it is all about delivering a product that regular buyers can afford while enjoying features like a taller display and plenty of performance.

But it's unclear why OnePlus cannot pull of something similar to a Xiaomi Mi Mix 2 or a Mix 2S and deliver it at a similar price point.