Google Pixel 4 and Pixel 4 XL to launch today at 7:30 pm: Everything we know about the next Pixel phones

The Google Pixel 4 and Pixel 4 XL will be unveiled on 15 October at the Made by Google event.

The official launch of Google’s next Pixel smartphone series is upon us. Probably one of the worst-kept secrets this year, almost all the details about the Pixel 4 and Pixel 4 XL have leaked out. From the pricing to the specifications, down to all the colour variants, and even camera samples, everything is already out. We’ll know for sure whether the leaked details are actually true tomorrow during the Made by Google event where the company will officially unveil the devices. Meanwhile, here’s a compilation of all the things that we know so far. Which is, as mentioned, literally everything.

(Also read: Google Pixel 4 launch to be held today at 7:30 pm: How to watch the Made by Google event)

Online stores have always been the source of accidental leaks for electronic devices and the Pixel 4 suffered the same fate. BestBuy Canada posted a pre-order link with a comparison of the Pixel 4 and Pixel 4 XL with the previous Pixel 3 XL. The leaked specifications from the listing includes the Qualcomm Snapdragon 855, 6 GB of RAM and 64 GB of internal storage. A 128 GB storage variant is also expected. It sports a dual-camera setup on the rear with 12 MP (primary) and 16 MP (telephoto) camera sensors while the front camera has an 8 MP sensor that supports 1080p video recording. Instead of mentioning the Pixel Visual Core module present in the Pixel 3 and 3 XL, the listing has ‘Pixel Neural Core’, which means Google is going to take advantage of neural networks to further improve an already industry-leading smartphone camera.

After the design of the Pixel 4 series starting leaking out through 3D renders and actual device images, Google decided to officially unveil what the device looked like. So, the company took to Twitter and posted the rear of the Pixel 4, which confirmed the square-camera bump with dual-camera sensors. The fingerprint scanner on the rear is gone which means that the device could be relying on an in-display fingerprint scanner or face unlock. Google went on to officially reveal that it’s working on a new face unlock technology. More on that later. 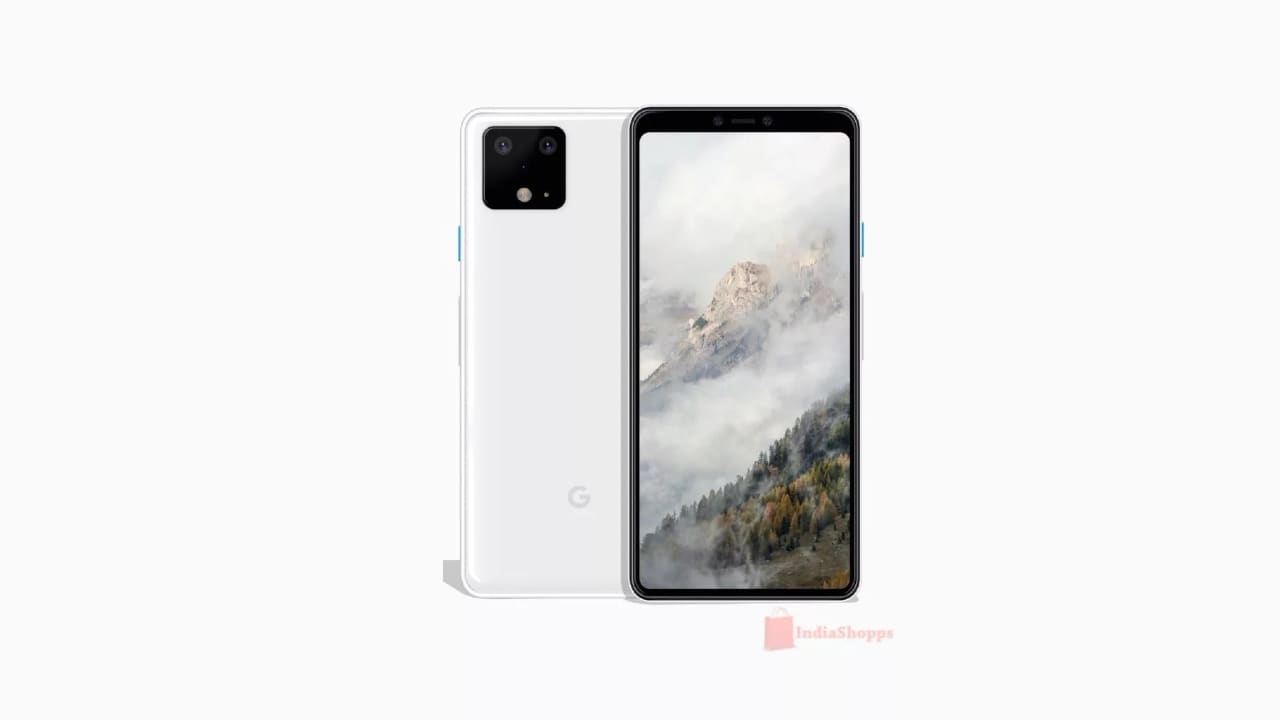 From the several leaked videos and hands-on images, it looks like Google is dropping the notch for a bezel on the top to contain the front camera and the face unlock hardware. There are multiple colour variants coming to the Pixel 4 apart from the black and white ones. In a giant Times Square billboard, Google showed off an orange variant while announcing the Made by Google event.

The new dual-camera rear setup is going to be the most important part of the announcement. While Google was already able to shoot mind-blowing images and portrait shots with just one lens, we are looking forward to what it can offer with two lenses. Three new modes are expected in the camera app including the option of taking fast motion shots, dual-exposure images, and an astrophotography mode. The fast motion mode is self-explanatory and it should make it easier to take pictures of sports events. In the leaked dual-exposure mode, you will be able to control the brightness and contrast with separate sliders and then take pictures. If you like taking pictures of starry skies at night, the astrophotography mode will take care of the long-exposure and attempt to capture stars. 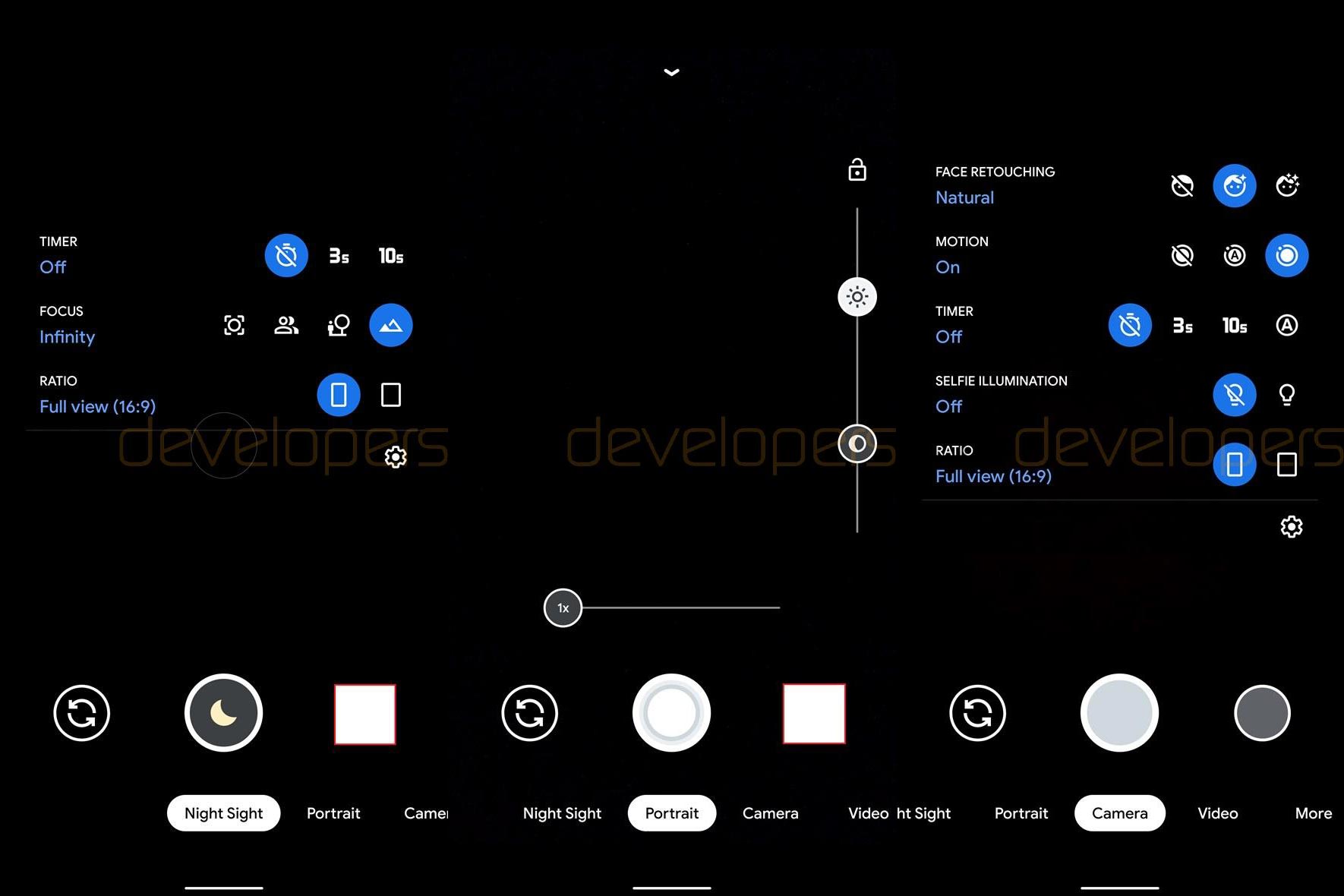 The camera will reportedly zoom all the way up to 8x, but it’s not clear whether it uses the telephoto lens or Google’s Super High Res Zoom. An improved Night Sight mode is also said to be on its way to the upcoming Pixel phones. Another leaked feature called 'Frequent Faces' will be able to recognise the faces of people that are frequently clicked and focus more on them.

When the company unveiled the Motion Sense and face unlock technology, it showed what the hardware looked like under the display. To accommodate the new features, Google has ditched the ultra-wide camera lens on the front that was present on the previous phone.

In an official blog post, Google announced that it will be integrating its motion-sensing radar technology called Soli. It will be able to detect motion around the phone to translate those to different gestures and actions. Using Soli, the Pixel 4 will sport Motion Sense features that will allow you to skip songs, snooze alarms, silence phone calls and many more with just the wave of your hand. A few leaked videos surfaced on the internet showing how Motion Sense worked. Although this feature sounds amazing, it won’t be available in many countries, and India is not on the list. That’s a bummer.

Google will be relying on face unlock for security and it’s going to incorporate additional hardware rather than only using the front camera. In the official image, it shows the use of two face unlock IR cameras, face unlock dot projector, and a face unlock flood illuminator. Its implementation is similar to that of Apple’s Face ID. Google claims that you won’t need to pick the phone all the way up to your face since Soli will turn on the face unlock sensors whenever you reach the phone to unlock it. In this way, the phone should unlock as you pick it up seamlessly. 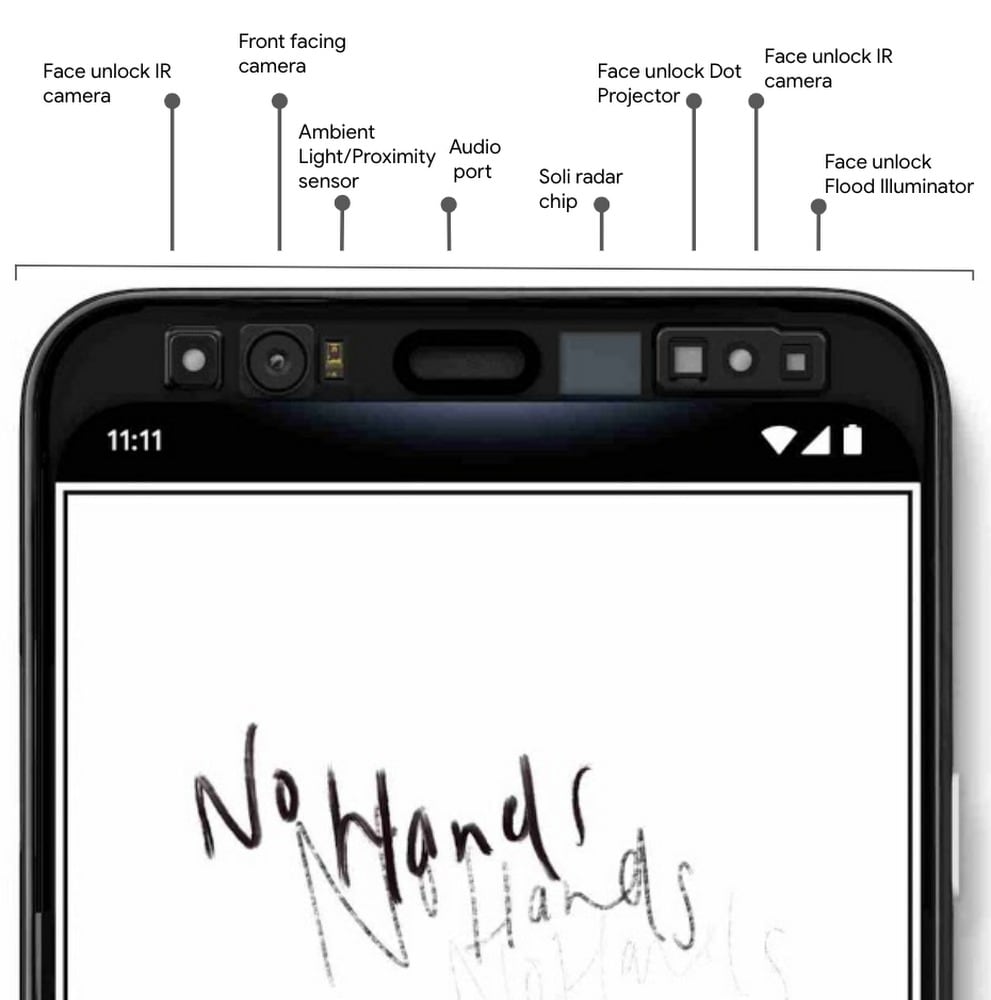 In India, the base variants of the Pixel 3 and 3 XL were launched at Rs 71,000 and Rs 83,000 respectively. Considering the leaked prices, we are guessing the phones could be priced higher and closer to the iPhone 11 Pro and Pro Max.

Google will be officially launching the Pixel 4 and Pixel 4 XL at its Made by Google event on 15 October along with a rumoured 5G version. We will be covering the event and running a live blog to bring you all the details as they are unveiled. Stay tuned for our full coverage.