ColorOS7 has been announced for India after a week of having been announced in China. Oppo held the global launch for the new version of the operating system in New Delhi today.

The new operating system comes with features like new "pebble-style" of icons, sound effects, a revamped UI, all-day comfort dark mode, new features for the camera among others.

At the launch today, Oppo has also announced the rollout timeline for the trial version of the newly launched operating system for Oppo smartphones. 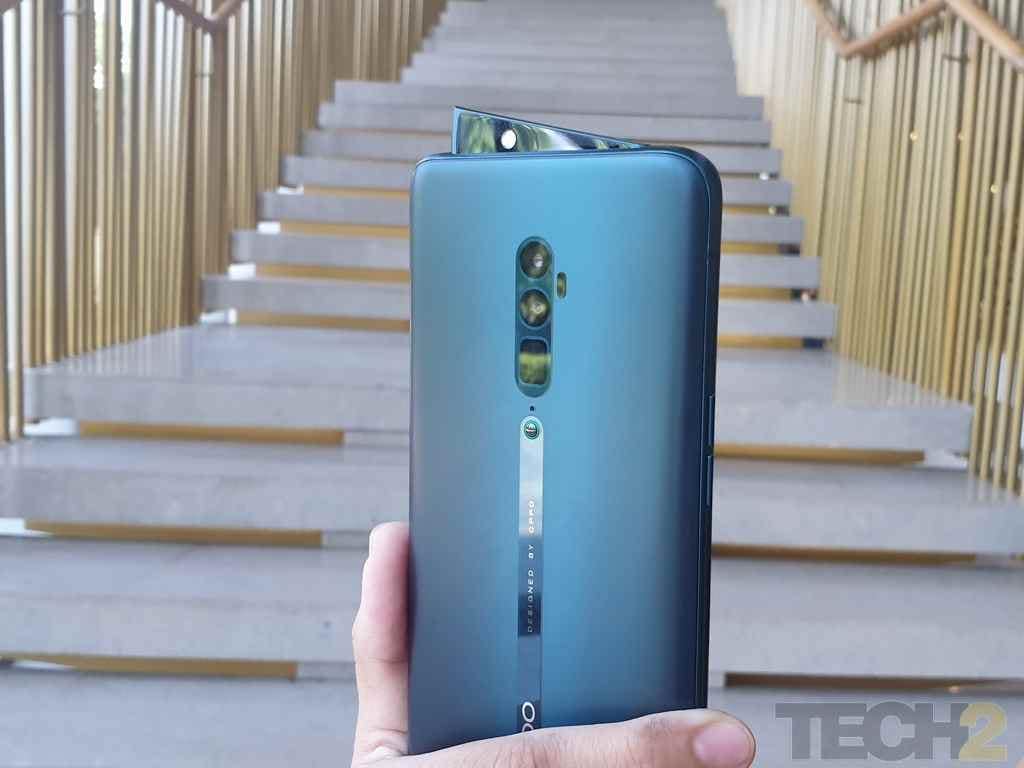 ColorOS 7 as per the company, is by far the best ColorOS ever made.

The new operating system's colour saturation has been reduced to improve the colour levels and not cause visual fatigue. Oppo has also redesigned the app icons in the ColorOS 7 that use material design.

The ColorOS 7 also comes with new iOS-like dynamic wallpapers. As part of the company's localisation efforts, it has also announced some "Indian-ised" wallpapers to the basket.

The new ColorOS 7 comes with what the company calls "all-day comfort dark mode". The company says that it has added an algorithm in the new operating system, which will allow users to also use third-party apps in dark mode, which themselves haven't yet received their own dark mode themes. Oppo also says that the dark mode can reduce power consumption by 38 percent.

Oppo has also announced Star Wars and other themes in the operating system and says that a bunch of these will be available for free for its users.

.@oppo says that #ColorOS7 enables apps to launch faster by 25 percent. It allows smoother switch between multiple apps. For gaming, the touch response has been increased by 15 percent in the new OS and the frame rate is also up by 19 percent.#ColorOS7Launch — Tech2 (@tech2eets) November 26, 2019

The company also promises an improvement of up to 40 percent in the RAM optimisation and it is said to bring a 25 percent spike in startup time. As per the company, new power-saving features increase battery life by 10 percent in daily use. Oppo has also announced something called an 'anti-ageing' system for the ColorOS 7, which is apparently aimed at keeping the device from feeling outdated.

.@oppo also talks about a new "Anti-ageing" system in the #ColorOS7, which keeps the devices from feeling outdated.#ColorOS7 @oppomobileindia pic.twitter.com/9Yri4XdpuQ — Tech2 (@tech2eets) November 26, 2019

ColorOS 7 feature for photography and video

For camera, the ColorOS 7 brings a new "ultra night mode" along with a better portrait mode and a super steady mode for videos. A new video and image editor called Soloop has also been introduced that will allow faster editing. A new "Focus mode" will also come in the game space that will enhance your gaming experience.

ColorOS 7 comes with a Personal Information Protection feature that lets you customise who can see what information on your device. The new operating system also comes with an app lock feature that enables the apps to be opened only by using your fingerprint sensor. The new OS also lets you demarcate some files and folders as confidential so no one other than you can view those files even if they use your phone.

.@oppo has added a new 'Personal Information Protection' feature that enables you to lock your apps that can be opened only by your fingerprint. This feature also lets you hide some files and folders that you think are confidential.#ColorOS7 #ColorOS7Launch pic.twitter.com/AqKs0GBEyz — Tech2 (@tech2eets) November 26, 2019

ColorOS 7 also comes with improved gestures. The three-finger screenshot feature can now be swiped down to share or swiped up to take a long-screenshot.

The new operating system will also have modal pages that will somewhat be a picture-in-picture tab for settings within an app instead of opening a separate page for the same.

.@oppo has added something called Modal Pages to the new #ColorOS7 that will enable effortless multi-tasking.#ColorOS7Launch pic.twitter.com/Qou0R84htc — Tech2 (@tech2eets) November 26, 2019

.@oppo has also re-worked the sound effects like notification sound, keypad tone, alarm settings, ringtones and alarms in #ColorOS7. The new sound effects are part of a new feature called Oppo Relax, which will be available early next year,#ColorOS7Launch pic.twitter.com/xD1k4ZxcXg — Tech2 (@tech2eets) November 26, 2019

ColorOS 7 will also come with DigiLocker and DocVault apps.

.@oppomobileindia will also be the first smartphone company to work with @digilocker_ind as an authorised partner. The new OS also comes with an app called DocVault for storing soft copies of all important documents in one place. #ColorOS7 #ColorOS7Launch pic.twitter.com/qHO39vRhKm — Tech2 (@tech2eets) November 26, 2019

For safe smartphone usage, the ColorOS 7-powered smartphone will also get a Riding mode.

Oppo also announced a "Music Party" feature on ColorOS 7, where users can create new music playlists and share them via apps or by using QR codes.

As for availability, Oppo has announced that starting today (26 November), select Oppo Reno and Reno 10x zoom (Review) users will start to receive the trial version of the update. This will be the first official phase of the rollout for ColorOS 7. The second phase will apparently begin in December 2019, with Oppo Reno 2 (Review), Oppo F11, Oppo F11 Pro (Review), Oppo F11 Pro Marvel's Avenger Edition receiving the update.

On 25 November, Realme also announced that it will soon start rolling out its own customised UI, which will be based on ColorOS 7 and Android 10 and will have closer to stock-Android features.

In order to participate in testing the new UI, users can fill in their application on the realme community page. Realme says, "starting from 27 November to 3 December 2019, users from India will be recruited for the Beta testing program on realme Community India and Social Networking sites of realme." The final list of the Beta testers selected will be announced on 9 December.

Reportedly, the beta testing will be conducted for approximately two months starting from 18 December 2019 to February 2020. Oppo announces ColorOS 7 in China, will arrive in India on 26 November