Apple’s macOS Catalina is now available: All that is new in the update

Editor's note: This article was originally published on 4 June 2019. It has been republished today due to the release of the stable version of macOS Catalina. The updates mentioned in the article apply to the beta released today.

At the World Wide Developers Conference 2019 (WWDC 2019), Apple previewed its update for macOS called Catalina. Named after one of California’s Channel Islands, Santa Catalina, it brings some fresh new apps, better security and some noticeable improvements with existing macOS apps.

And now, starting today, that is 8 October, Catalina is available in its stable version. And before you install this version, here's all that is new in the update:

Indeed, the biggest update with macOS Catalina, is that Apple is finally replacing iTunes, with three popular entertainment apps that are currently available on iOS – Apple Music, Apple Podcasts and Apple TV. Yes, the slow and horribly outdated iTunes app is finally being replaced by the faster, lighter and easy to use apps that should come as a relief for macOS users.

The new apps coming to macOS will also allow Apple to make its services available in a more convenient manner simply because they will be easier to use and will make content easier to consumer when synced across the rest of their Apple devices across platforms (iPhone, iPad and more). The new Apple Music App according to Apple is “lightning fast” and “easy to use”. The Apple Music app gets you access to 50 million songs from Apple Music’s library which also includes music videos. Those used to ripping music from CDs will be happy to know that some of  those older features have trickled down into the Apple Music app for macOS.

Yes, Apple Music will give users access to their entire music library stored on their Mac or MacBook, whether they have been downloaded from other sources, purchased or even ripped from a CD. The iTunes Music store will still be available for those who want to purchase music from Apple instead of streaming them from the Apple Music service. Everyone’s favourite podcast app is now also available on macOS Catalina and will get desktop users easier access to more than 7,00,000 shows from the app’s catalogue. Users can now also choose to be notified when new episodes are available and the app also segregates podcasts by categories, curated collections by editors and even includes a search tool to find specific episodes by host, or even a topic.

Another service that’s now making its way to macOS is Apple TV. macOS users will now be able to sync their iPhone, iPad and Apple TV content across devices and things will only get better when the brand’s Apple TV+ service goes live this fall.

Even without Apple TV+, desktop users can still get access to Apple’s vast library of high-quality movies (4K HDR), TV shows that are currently available to rent or buy (earlier available on iTunes.

Just like a real sidecar, macOS Catalina’s Sidecar technology will basically extend the screen space that some users need when working on the go. Apple’s Sidecar technology basically lets you use the display of an iPad as an extended display for Mac or even as a high precision tablet with an Apple pencil for drawing. 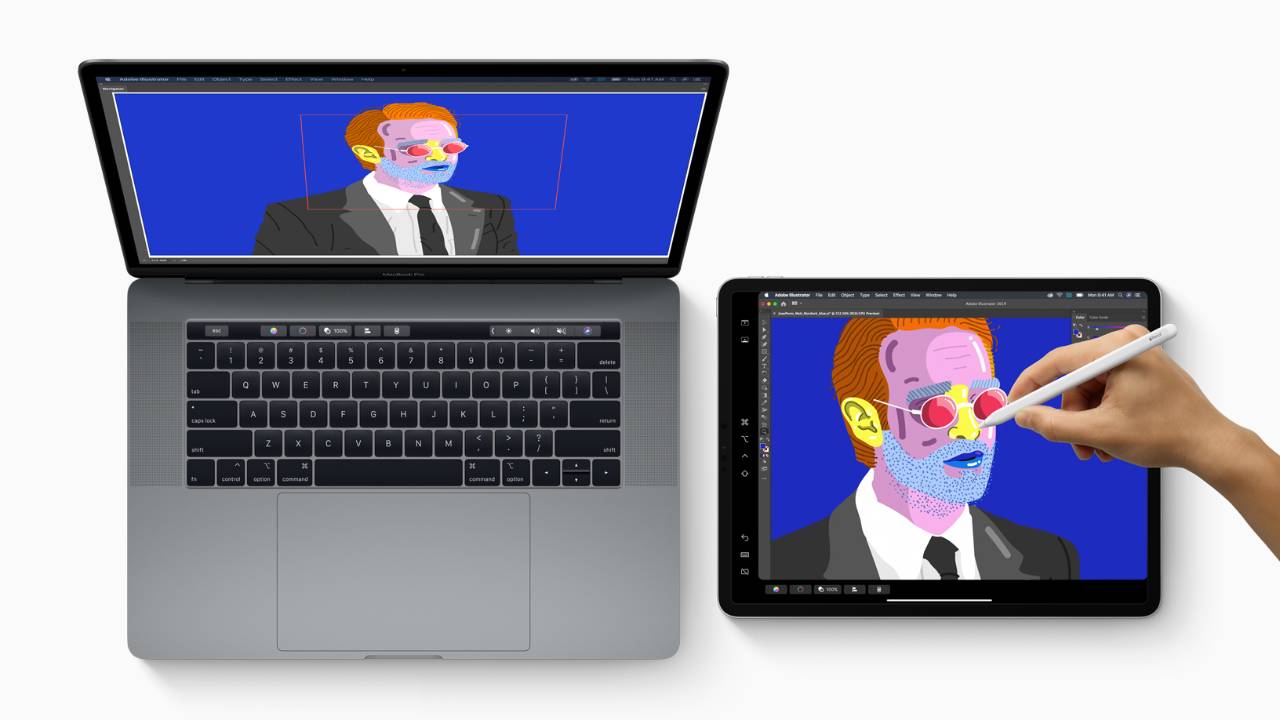 Sidecar lets you spread out your work across displays. Image: Apple

Similar to Continuity, Sidecar works on a wireless connection so there’s no hassle of connecting cables. And this makes plenty of sense since USB ports are a touchy topic for most MacBook Pro users.

macOS Catalina introduces new and better assistive technologies as well so that no one gets left behind, helping every user get the most out of their Mac device. To do this, Apple has introduced Voice Control that allows those who cannot operate traditional input devices like a keyboard or a mouse control their Mac entirely using their voice. Apple claims that the speech recognition happens on the device itself. Voice control will also be available on iPadOS.

Better Security and a new Find My app

While Gatekeeper technology inspects apps for security loopholes and issues, macOS will now ask for user permission before accessing local documents as well.

To make approvals easier and more secure, Approve with Apple Watch will allow users to approve security prompts with a simple tap on the side button. Additionally, all Macs with the T2 Security Chip will support activation lock, which will make it extremely difficult for thieves to wipe or access a stolen Mac. The new Find My app can also relay the location of the lost or a stolen Mac, even when it is offline.

After making several attempts to improve our digital health on iPhone and iPad, Screen Time finally comes to Mac.

With a fairly similar interface, compared to the iOS Screen Time app, the new app for macOS will give users an insight into how they spend time in apps and on websites. It will also give users the tools to help them decide how they want to spend their time on a Mac. People use their iPhones very differently when compared to a MacBook or a Mac, which is why Apple has designed Screen Time a bit differently for Mac.

There’s a new “One more minute” feature that will give Mac users a few more minutes to save their work or log out of a game before their system gets locked.

More importantly, iCloud will even let you sync Screen Time settings and display combine usage of a particular app across iPhone, iPad and Mac. 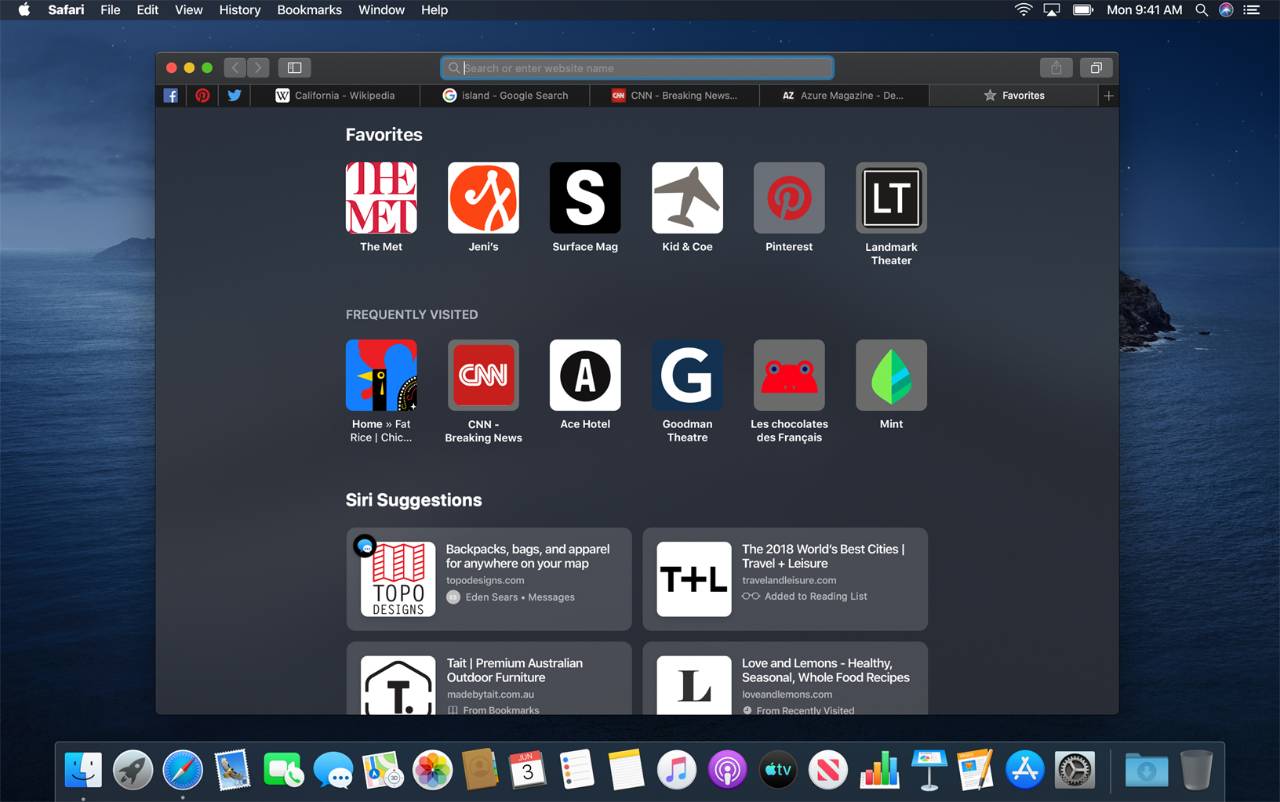 The Photos app now gets a new browsing experience and will automatically showcase the best pictures. Apple’s Safari web browser gets a revamped start page that uses Siri suggestions to sync and bring forth frequently visited sites, iCloud tabs, reading lists and even links sent across in the Messages app. Mail apart from other things can also block emails from a sender or even mute a mail thread when needed. More importantly, it also lets users unsubscribe from annoying commercial mailing lists. 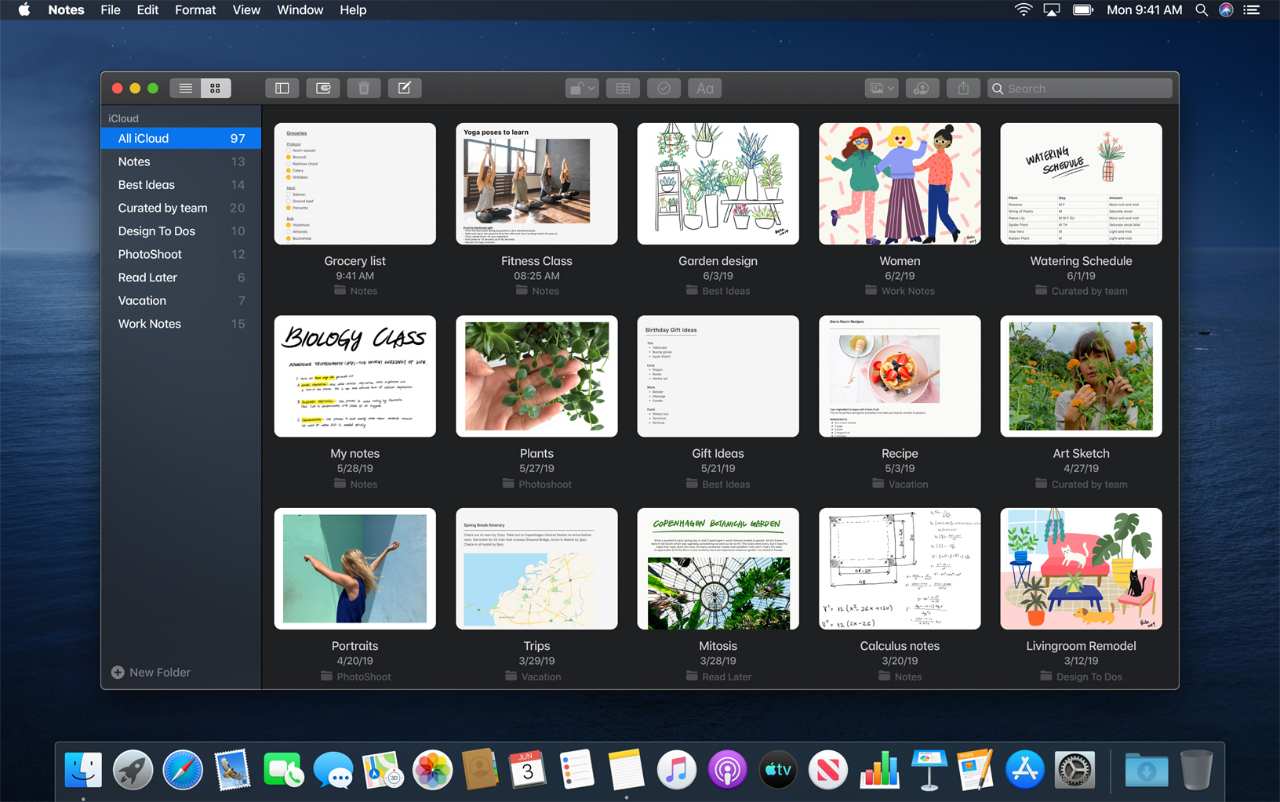 The redesigned Notes app looks leagues better than the previous one. Image: Apple

The Notes app gets a new Gallery View and users can now search through their notes a lot easier. And the same goes for the Reminders app that gets an all-new interface that makes it easier to categorise and track reminders.

Availability and requirements for macOS Catalina

macOS Catalina is currently only available for users with developer accounts (or developers). The current version is expected to be quite buggy as well, Tech2 does not recommend jumping to it just yet, unless you have Mac to spare, one that is not your daily driver for critical work.