By Stephen Nellis (Reuters) - Apple Inc on Monday launched a "Sign In With Apple" function to rival Facebook and Google web login accounts, drawing a contrast with rivals by stressing protection of users' private information. Apple also said it would tighten controls on location tracking. 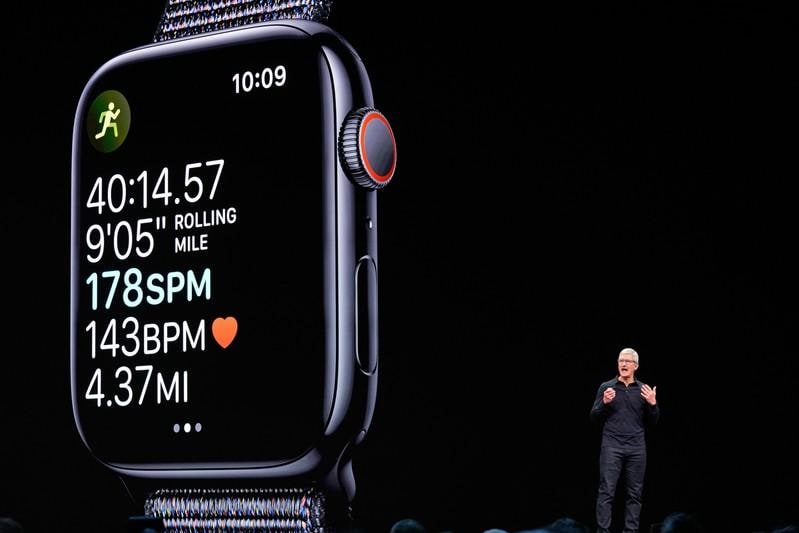 (Reuters) - Apple Inc on Monday launched a "Sign In With Apple" function to rival Facebook and Google web login accounts, drawing a contrast with rivals by stressing protection of users' private information.

Apple also said it would tighten controls on location tracking. When users sign in with their Google or Facebook Inc profiles to third-party apps, the apps often share valuable data with Google and Facebook, a practice that Apple is looking to stop. Apple said it has created a system to let users share an email address with apps without giving up their real email address.

Apple delivered the announcement to app developers who descended on San Jose, California, for the annual developer conference. Apple's App Store is a key driver of the iPhone maker's services segment, which brought in $37.1 billion in revenue last year.

Apple takes a cut of sales from apps sold through the store, though that practice is under scrutiny in several legal proceedings.

Investors are looking to Apple's services business to power revenue and profits as iPhone sales decline. Revenue from the company's signature device had its biggest-year-over year drop in Apple's most recent quarter.

But the company still sold more than 10 times as many iPhones and iPads as it did Mac computers last year, so many developers focus on writing their apps for them rather than the Mac.

The Mac Pro, a pricey high-powered machine intended for professional users such as movie editors, has never sold in great numbers. But the device is important to Apple's image as a technology leader and in courting the creative professionals that Apple co-founder Steve Jobs won over. Microsoft Corp has targeted the same users with its Surface Studio computers.

The annual developer conference is occurring against the backdrop of increased scrutiny of Apple's practices and those of other tech companies.

Two sources told Reuters the U.S. Justice Department has jurisdiction for a potential antitrust probe of Apple as part of a broader review of technology companies. The department's antitrust division and the Federal Trade Commission (FTC) met in recent weeks to give the Justice Department jurisdiction to undertake a potential antitrust probe of Apple and Google, owned by Alphabet Inc , the sources said.

Last month, the U.S. Supreme Court allowed an antitrust lawsuit to proceed from users who allege Apple inflated app prices by not allowing iPhones to download them outside the App Store.

The next version of Apple's operating system, iOS 13, will make it faster to download and open apps.

Apple Chief Executive Tim Cook and software chief Craig Federighi are expected to announce in a keynote address at this year's developer conference new tools that will make it easier for developers to put their apps on Macs without completely rewriting the code.

Apple previewed the tools at last year's conference, saying they would be released this year, and Bloomberg reported in recent weeks that Apple still plans to release them.

The move could broaden the apps available for Macs and give Apple more chances to make money on apps for its longest-lived product line. Apple will also update its operating systems and apps at the annual conference.

Apple is also expected to retire the iTunes app for the Mac. Originally introduced in 2001 by Jobs as a way to load songs onto the then-new iPod, iTunes became sprawling over the years, letting users manage music and movies as well as handle backups and updates to iPhones and iPads.

Updates of iPhones can now be handled wirelessly, and Apple said it will replace iTunes with standalone apps for music, video content and podcasts, similar to how those tasks are handled on iPhones and iPads.

Apple also its AppleTV operating system will work with Microsoft Xbox and Sony Corp PlayStation video game controllers, and said that users of its Apple Watch will be able to buy apps directly from the Watch.

It also introduced a system that would let users encrypt home security camera footage with an iPad or HomePod before sending it to Apple's cloud so that Apple will not be able to view the video once it is stored in the cloud.

It also introduced an app for women to track their menstrual cycle, which will work on both the Watch and on iPhones. An app for measuring noise can warn Watch users their surroundings are too loud, but Apple noted it will not collect user recordings.

Apple shares were down 0.6 percent in afternoon trading.