Apple iOS 13 to roll out today: Dark Mode, smarter Siri, and everything else that's new

Several apps have been rebuilt from the ground up and several features heavily redesigned.

Editor's note: This article was originally published on 4 June 2019. It has been republished today due to the release of iOS 13.

After announcing iOS 13 at WWDC 2019 earlier this year and then testing the new version of the operating system for a couple of months, Apple will finally be releasing the official version of iOS to iPhone users today, that is 19 September. The iOS 13 will be available for iPhone 6s and later phones starting today.

Performance: Everything is faster

Performance is everything, after all, and Apple is promising that iOS 13 will be its fastest OS yet. For starters, Apple has changed the way apps and their updates are delivered. Apple claims that now downloads are 50 percent smaller and updates sizes have shrunk by 60 percent. This new packaging method means that apps now load twice as fast as they do on iOS 12. iOS 12, if you'll recall, was also focussed on speed, but rather than raw performance improvements, it focussed on stability and performance on older devices.

Apps on iOS 13 will load twice as fast as they used to.

Alongside improvements to speed and stability, it seems that FaceID will also be 30 percent faster now.

Well, macOS got it last year so this was already expected. Dark Mode for iOS is here, and boy does it look good. The stock Apple wallpapers get dark mode alternatives, Photos, Reminders and the like get a dark theme and all UI elements are just... darker now.

The on-stage demo looked really cool and we're quite certain that it'll be even better in person.

You'll be able to activate the mode full time or schedule it to be activated at certain times. Developers will also be able to support Dark Mode features directly within their apps.

By far the most significant update, as far as the average user is concerned, comes to the Photos app.

For starters, Photos now use a lot more AI to intelligently scan and eliminate duplicates, screenshots, and other insignificant images. Now this is something that Google Photos already does, but Apple, takes things a step further. The new Photos app is smarter now, thanks to machine learning.

There's a separate tab now that classifies your most significant photos by Day, Month and Year. Better yet, these tabs are intelligent. The Year tab, for example, shows the most significant images per year on the day you're looking at the app. For example, if you're looking at the tab on your daughter's birthday, the Year tab will show images of your daughter's previous birthdays.

Image editing options will now be more comprehensive and easier to access, says Apple. Effect presets will also be made easier to access and give users more control. Better yet, all these convenient and powerful editing features are coming to video as well.

Images shot in Portrait Mode can now be further processed. There's a new high-key mono lighting option and the Portrait Mode Stage Light filter can be modified to accept various positions for the virtual stage light and appears to include some beautifying and skin smoothening features.

When sharing images, you'll be intelligently presented with the option of sharing the images directly with the people in the photos. 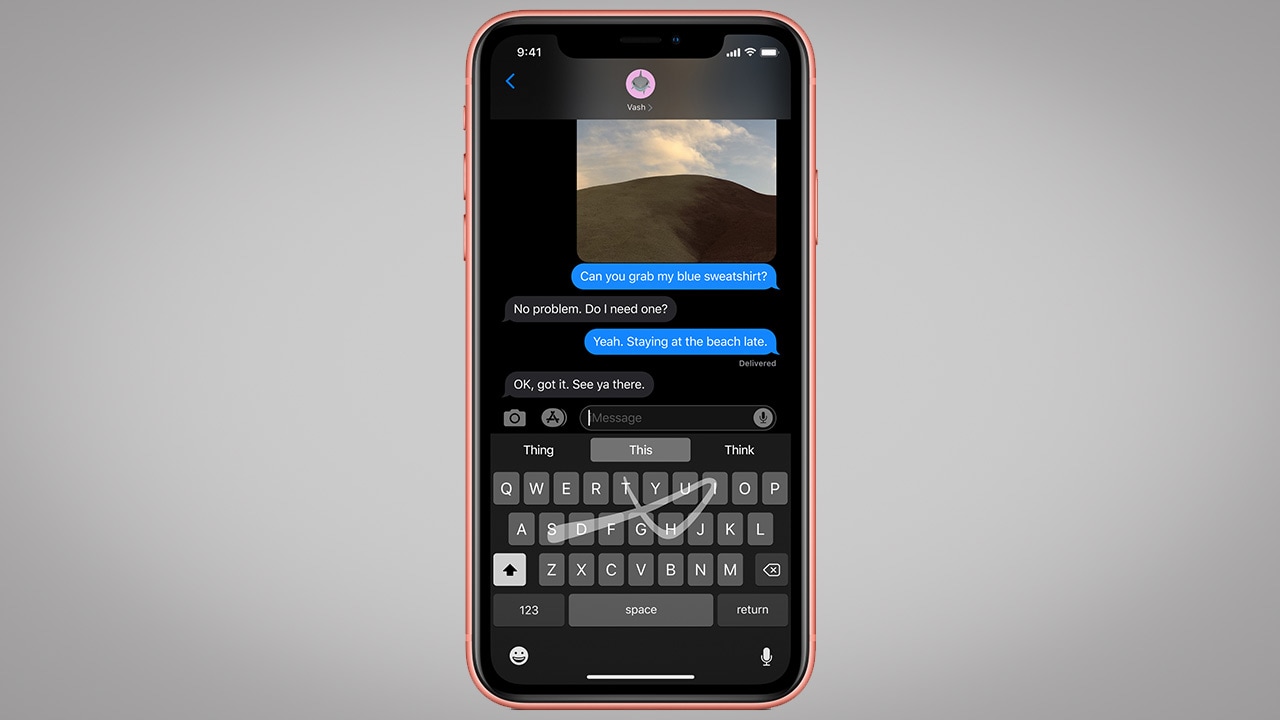 Why'd it take this long for swipe gestures to come to iOS?

It's several years too late, but iOS is finally getting a swipe keyboard, the kind we've been seeing on Android for years. As far as we can tell, it works exactly like the Android version of swiping with no added Apple twist.

Apps get darker and... better?

Music: As with tvOS, the updated Music app in iOS 13 will support time-synced lyrics so you can sing in-tune with the songs you're listening to if you wish. The app will, of course, support dark mode.

Mail: Mail gets support for rich fonts, a dark mode and a bunch of other features.

Safari: The browser is getting a per-website preference setting, new options for text sizing, and more.

Notes: There's now a gallery view (... and Dark mode. Did we mention Dark Mode?) to help you sort through notes more easily. The Reminders app also gets some machine-learning smarts.

The Reminders app has been rewritten from the ground up and is far more intelligent, claims Apple. The app now supports natural language input, which means you can type a remind in as you would talking to Siri (Remind me to pick up coffee at 8). You can even tap to enter additional information, attach images, associate to-dos with a top-level reminders, and, my favourite feature, associate reminders with people. In the latter case, you'll get reminded of whatever you're supposed to be reminded off when you have a conversation with the person associated to that reminder.

Maps: Like Google Maps, only better, but only in the US, and then maybe only by year end

If you've used Google Maps outside of the US you know exactly how bad and incomplete and experience it is when compared to Google Maps. Well, the new Google Maps changes things and finally ventures into territory long dominated by Google. Apple says that they've outfitted hundreds of planes and cars with LIDAR (like radar, but using lasers) to gather data on the real world and rebuild Maps from the ground up. 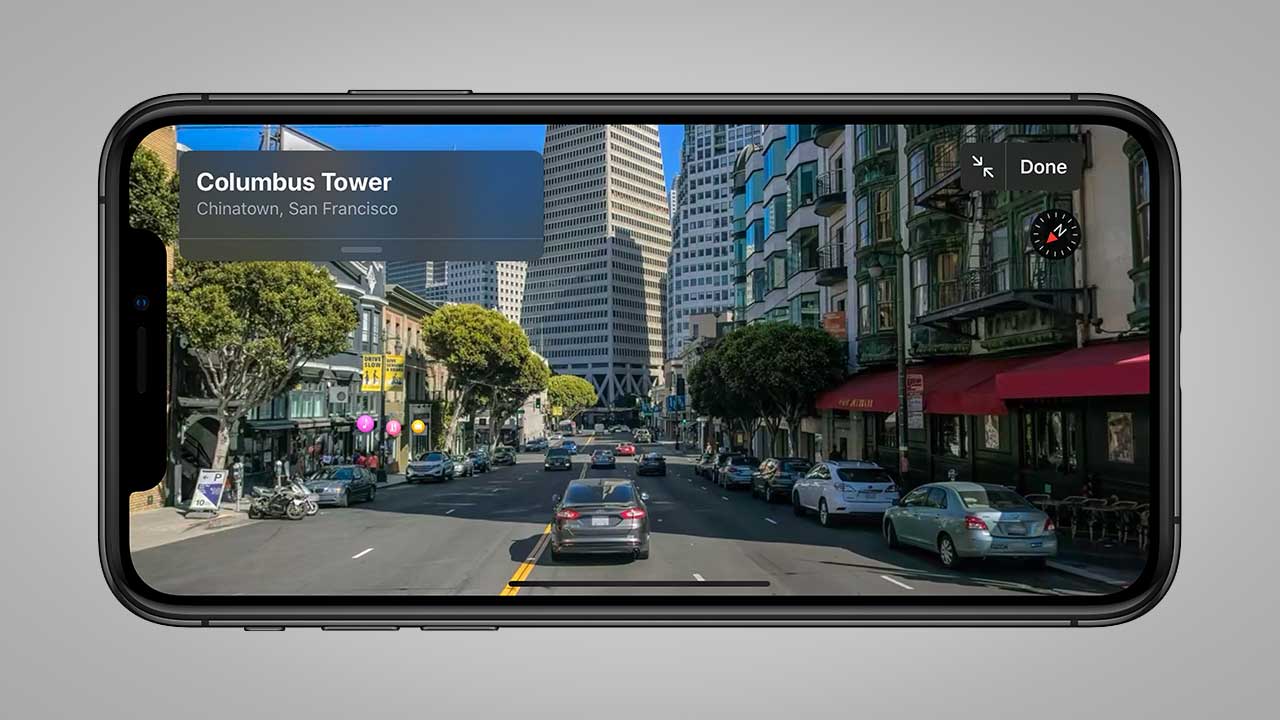 That being said, we are looking at a stage demo. Also, there features are only coming to the US later this year. Other countries (read: Not necessarily India) will start seeing these features sometime in 2020. Who knows where Google Maps will be then.

You'll also be able to share up-to-date ETAs with friends.

As with everything else that Apple claims, Maps has apparently been designed from the ground up to be private and secure.

Apple rightly pointed out that social sign ins (sign in via Facebook or Google, say) can be a privacy nightmare since it's not clear exactly how much data is being sent to whom. Apple intends to remove the worry from this sign on process by introducing 'Sign in with Apple'. This is identical to Google's and Facebook's social sign in options in function, but differs in that an Apple Sign In will apparently go out of its way to protect our privacy. Data, other than the bare essentials as determined by Apple will not be shared. Signing in with Apple should go a long way to protecting your privacy, provided you trust Apple.

Developers will be easily able to implement the feature in their apps, promises Apple.

Complementing this is yet another feature for maintaining user privacy that generates random email IDs when apps request the contact information of the user. These random email IDs will be visible to the user and will forward all mail that it receives to the user's official ID. Users will have the option to simply revoke the burner email ID and by doing so, revoke all access the app has to you or your data.

Other features include the option to grant an app one-time access to your location data. Apple has also introduced features that block apps from accessing Bluetooth and Wi-Fi information, which they can sometimes use to indirectly infer a user's location.

These privacy features extend to things like HomeKit, where image processing from, say, your security camera, will happen on an Apple device inside your house rather than in the cloud. Once analysed, users will get notified if needed. Data will be encrypted and backed up to iCloud for up to 10 days by default. Even better, this data won't be counted against your iCloud storage.

Memoji: More personal and cringy than ever before

Apple's Messages app is getting with the times and adding support for profile pictures and display names. These profile pictures can be Memoji as well. To make these Memojis more personal, Apple will be adding a tonne more customisation options to iOS 13.

A bunch of stickers based on your Memoji will also be generated. These stickers will be available in your keyboard app and thus, across apps that support Apple Stickers as well. Customisation options including headgear, glasses, and even broken teeth. In iOS 13, Siri will be smarter, more helpful, and less robotic.

Apple accessories that interact with iOS devices are also getting a bunch of updates. Siri, for example, now gets an AI-driven specs engine that will make her sound more normal, more natural. If you're using AirPods, Siri will also be able to read out incoming messages to you and will accept your response without the usual 'Hey Siri' chant.

Siri will also be more pro-active in proposing shortcuts.

And then of course, there's this...

The developer beta for iOS 13 is available now to developers, the public beta will be released in July and the release version will be available this 'fall', which should be in September alongside the launch of the new iPhones.