Apple announces a newly redesigned Mac Pro at a starting price of $5,999

It’s been over six years since the previous Mac Pro was released with the infamous ‘trash can’ design. The newly announced Mac Pro 2019 builds on the classic ‘cheese grater’ design of the older Mac Pro and brings a modular offering in its professional desktop lineup. It’s priced at $5,999. As it’s dedicated for professionals, the Mac Pro is obviously powerful. And by powerful we mean that it could have an Intel Xeon processor with up to 28 cores, 1.5 TB of system memory across 12 DIMM slots, 4 TB of SSD storage and AMD Radeon Pro Vega II Duo, all powered by a 1.4 kW power supply.

The design of the internals of the case is interesting. It uses a steel frame for the structure and an aluminium housing. There are three front fans pulling in cool air and a blower taking out the hot air from the rear. Beneath the housing is a custom-built motherboard with eight expansions slots. Apple said that modularity and flexibility is built into the Mac Pro. The internal design is clean and all the components have its own dedicated areas, usually inside its own enclosures. 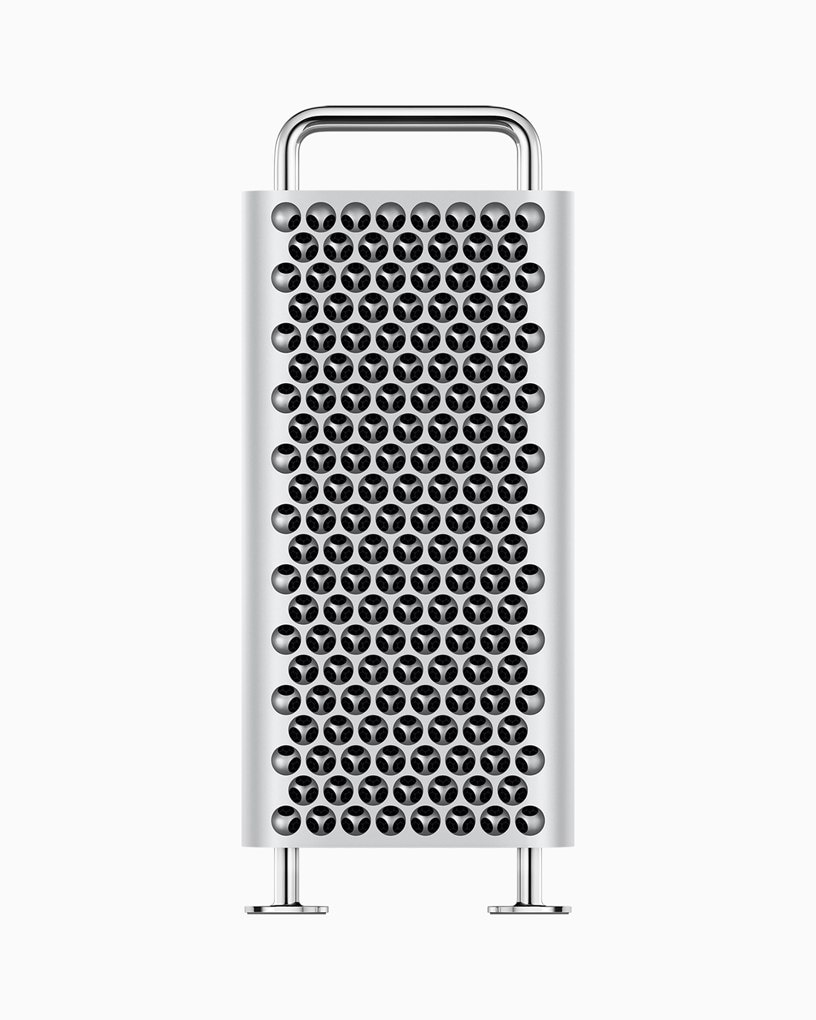 The Mac Pro has a custom expansion module called the Mac Pro Expansion Module or MPX that houses the GPU. This custom module connects to the motherboard using the regular PCIe connector but Apple has created a new PCIe connector to deliver more power and extra lanes for Thunderbolt 3 connectivity. Essentially, it will be able to offer high speed connectivity and meet the power demands.

Users can choose from the AMD Radeon Pro 580X, Radeon Pro Vega II or the Radeon Pro Vega II Duo which is actually two Vega II GPUs. If a single MPX Module doesn’t make the cut, the Mac Pro can support up to two of them. This means the system could have up to four GPUs installed.

There’s an ‘Afterburner’ card that is sold separately specifically for video editing to accelerate previews with support for playback of up to three streams 8K footage. The internals of the Apple Mac Pro.

Another thing to note is that the above mentioned price tag of $5,999 is only for the base model and not the maxed out configuration. The base model includes an octa-core Intel Xeon CPU, AMD Radeon Pro 580X GPU, 32 GB of RAM and only 256 GB of SSD. The Apple Mac Pro comes out this fall.