With a bevy of official posters, trailers, and movie announcements flooding our social media timelines, it may get tough at times to keep a tab on your most-anticipated shows and movies.

To everyone's surprise, Netflix gave its Stranger Things fans a bonus on Valentine's Day by releasing the first teaser of its breakout supernatural series. Matt Reeves shared a glimpse into the world of Robert Pattinson's The Batman in the form of actor's camera test video for the film.

From Bollywood's slate, the first look of Kangana Ranuat as a determined Indian Air Force pilot from RSVP-produced Tejas has been released.

For all the brave hearted and strong headed women in Uniform who make sacrifices for our nation day in and day out . Kangana to play an airforce pilot in her next , titled - TEJAS#KanganaRanaut @RonnieScrewvala #SarveshMewara @nonabains @rsvpmovies #Tejas pic.twitter.com/m4qHNJufAL — Team Kangana Ranaut (@KanganaTeam) February 17, 2020

Tejas is set to go on floors this summer, and is scheduled to release in April 2021.

This week, fans of the DC Universe got the first sneak peek of Robert Pattinson as the Caped Crusader when director Matt Reeves shared the footage of the actor's camera test from The Batman. Clocking in at less than a minute, the video shows Pattinson sport the iconic cape and cowl. It also teases the slick new Batman logo. The Batman is currently in production, with the release date of the Warner Bros/DC tentpole slated as 25 June, 2021. South Indian Doctor

Here is the first look of my next #DOCTOR 😊👍#DoctorFirstLook pic.twitter.com/ztqfkG4TUY — Sivakarthikeyan (@Siva_Kartikeyan) February 17, 2020

To celebrate his 35th birthday, the makers of Doctor released the first look of Sivakrthikeyan from the upcoming thriller on Monday. The still features a bespectacled Sivakarthikeyan in a crisp formal attire, majestically sitting on a chair with bloody gloves and a scalpel in his hands.

The title of Dhanush’s 40th film, D40, as it had been referred to until now, has been revealed as Jagame Thanthiram. Directed by Karthik Subbaraj, and produced by YNOT Studios, the film is about the clash between a local Madurai-based gangster (Dhanush) and the head of an international mafia (played by James Cosmo of Game of Thrones fame).  The motion poster channelises the The Last Supper-setting, as it takes us through a couple of the central characters, with a focus on Dhanush armed with an array of guns, and finally ends with the cast of the film (in character) sitting at a table with food and alcohol.  Streaming Extraction

Chris Hemsworth plays a fearless black market mercenary who embarks on the most deadly mission of his career. Get your first look at Extraction (via @usatodaylife) premiering April 24 pic.twitter.com/s2G8XiYcBD — Netflix US (@netflix) February 18, 2020

Extraction is produced by Avengers: Endgame directors Anthony and Joe Russo through their AGBO banner, along with Hemsworth, Mike Larocca, and Eric Gitter. The film is scheduled to premiere on 24 April on Netflix.

From Russia with love… pic.twitter.com/ZWEMgy63Et

Netflix shared the first look of new instalment of popular supernatural thriller Stranger Things on 14 February. The teaser shows a few workers building a railroad somewhere in Russia. However, the final twist comes in at the end of the clip, when fans get a glimpse of Chief Jim Hopper (David Harbour). The end of season three revealed he is still alive despite appearing to have perished in an extradimensional portal.

The makers have not yet shared the release date of Stranger Things 4. Extraction trailer: Chris Hemsworth is sent to Bangladesh on a mission to rescue the kidnapped son of a drug lord 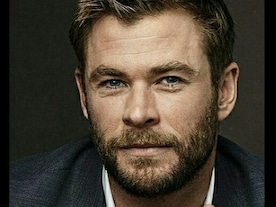