This week, cinegoers were blessed with two trailers of much-awaited historical dramas, both led by Dev Patel. While The Personal History of David Copperfield has already picked up an array of awards since its world premiere, with five British Independent Film Awards, The Green Knight will be a rather bleak take on the Arthurian legend of the same name.

Also from Hollywood, Wes Anderson’s 10th directorial feature The French Dispatch brings an ensemble with all of Anderson-quirks such as colourful palettes, aesthetically well-aligned shots, and eccentric characters in tow.

Check out all the trailers here

Angrezi Medium will see Irrfan Khan as a simple, doting father, who goes to lengths in order to fulfill his daughter Taru's (Radhika Madan) wishes, who wants to pursue her higher studies in the UK. The film charts the journey of Irrfan's character to the British land in order to ensure his daughter's dreams turn into reality. Directed by Homi Adajania, other cast members include Dimple Kapadia, Kareena Kapoor Khan, Pankaj Tripathi, Deepak Dobriyal, Ranvir Shorey, and Kiku Sharda. Angrezi Medium is slated to release on 13 March. Hollywood The Green Knight

Your David Lowery fantasy has come true. Watch the teaser for @TheGreenKnight, an epic take on the classic Arthurian legend starring Dev Patel and an A24 Bingo card cast of Alicia Vikander, Joel Edgerton, Barry Keoghan, and Ralph Ineson. ⚔️ MAY 29 ⚔️ pic.twitter.com/ccMup1kjdE — A24 (@A24) February 13, 2020

The Green Knight is an adaptation of the 14th century poem Sir Gawain and the Green Knight. Dev Patel depicts Sir Gawain, King Arthur’s nephew and Knight of the Round Table, who embarks on a daring quest to confront the eponymous Green Knight. David Lowery's epic take on the classic Arthurian legend also features Joel Edgerton, Barry Keoghan, Ralph Ineson, and Alicia Vikander.

The Green Knight is scheduled to hit theatres on 29 May.

The Personal History of David Copperfield

The beloved tale by Charles Dickens comes to life.
Dev Patel stars in The Personal History of David Copperfield.
A film by Armando Iannucci
In theaters this May#CopperfieldFilm pic.twitter.com/1sFcO1a5Zv

The Personal History of David Copperfield is Searchlight's comedy drama penned and directed by Armando Iannucci. The film is be a Victorian take on the Charles Dickens novel, and also features Hugh Laurie, Tilda Swinton, and Ben Whishaw. The French Dispatch

Set in a fictional French city in the 1960s, Anderson's latest venture centers on a The New Yorker-inspired magazine, where Bill Murray plays Arthur Howitzer Jr, the curmudgeonly editor of 'The French Dispatch.' According to the official description, the film is a "love letter to journalists set in an outpost of an American newspaper in a fictional 20th-century French city and brings to life a collection of stories published in The French Dispatch magazine.”

With a stellar cast such as Tilda Swinton, Owen Wilson, Benicio del Toro, Adrien Brody, and Timothée Chalamet, The French Dispatch is slated to release on 24 July.

HBO unveiled the official trailer of upcoming comedy-thriller, Run, executive produced by Phoebe Waller-Bridge (Fleabag, Killing Eve, and Crashing) and Vicky Jones on Monday. The series is lead by Domhnall Gleeson (About Time, Ex Machina and Star Wars: Rise of the Skywalker), and Emmy-winning actress Merritt Wever (Into the Wild and Marriage Story). Run is slated to premiere on HBO on 12 April.

The official synopsis released alongside the trailer reads, "When a job brings Takeshi Kovacs back to Harlan's World in a new sleeve, he finds the planet at war — and his long-lost love lurking in the shadows."

Justice is Coming. Watch the NSFW trailer for #HuntersTV at your own risk. Coming to @PrimeVideo February 21. pic.twitter.com/wutKlxt2yZ

Amazon Prime Video Original show follows a "diverse band of Nazi Hunters living in 1977 New York City. The Hunters, as they’re known, have discovered that hundreds of high ranking Nazi officials are living among us and conspiring to create a Fourth Reich in the US.”

The new trailer for Hunters offers a glimpse into the R-rated world, as Pacino's Meyer Offerman goes on a bloody quest to exact his "righteous revenge" on the Nazis, rife with profanities and grizzly Nazi killing.

The show is set to release this Friday on 21 February on Amazon Prime Video. 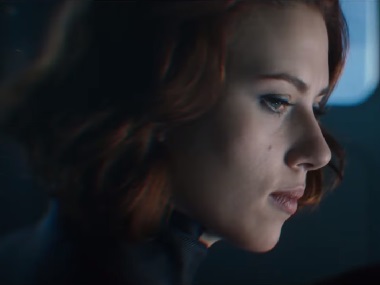