German chipmaker Infineon has suspended shipments to Huawei Technologies, in a sign that Washington’s crackdown on the Chinese tech company is beginning to hamper its supplies beyond the United States, Nikkei Asian Review reported on Monday. 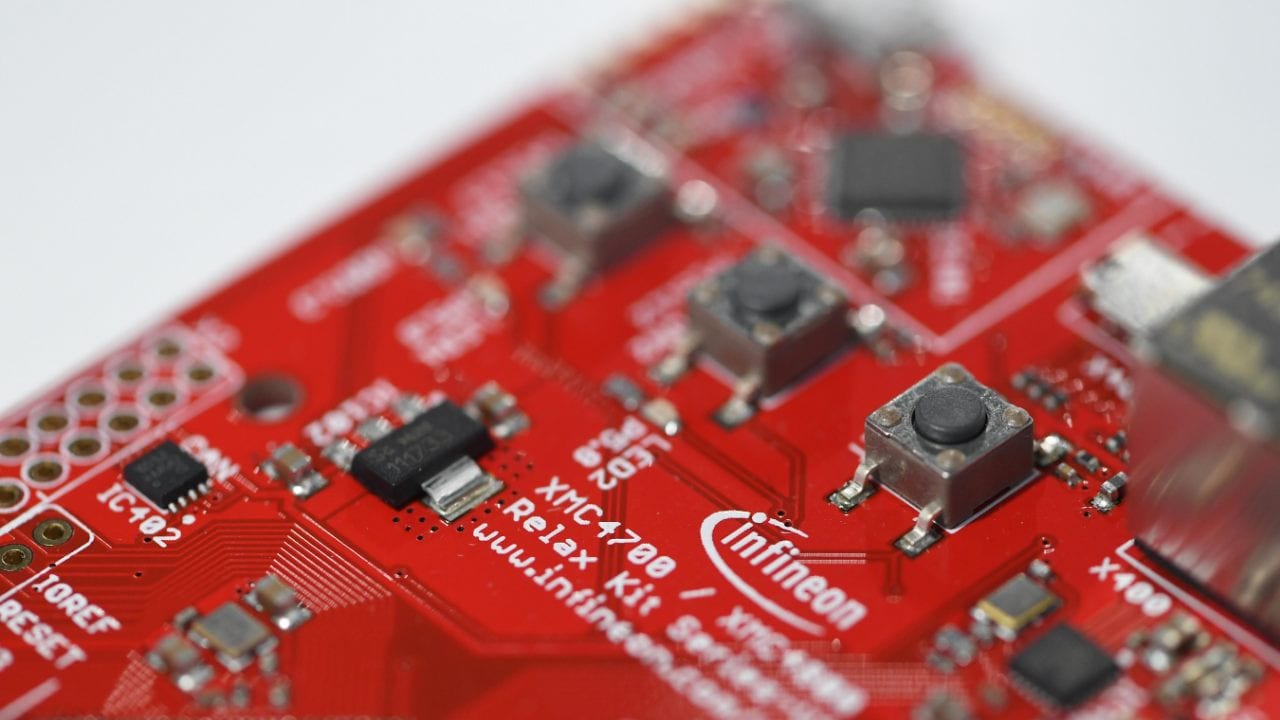 A close-up of the Infineon microcontroller kit XMC 4700 at an exhibition during the semiconductor manufacturer Infineon's annual shareholder meeting in Munich, Germany. Image: Reuters.

Citing two people familiar with the matter, Nikkei reported that Infineon’s decision to stop deliveries came after the Trump administration on Thursday officially added Huawei to a trade blacklist, immediately enacting restrictions that will make it extremely difficult for the telecom firm to do business with U.S. companies.

Infineon will hold meetings this week to discuss the situation and make assessments, Nikkei reported, adding that it was not yet clear whether Infineon would resume doing business with Huawei after it clarifies the legal issues.

Separately, Alphabet’s Google has suspended business with Huawei that requires the transfer of hardware, software and technical services except those publicly available via open source licensing, Reuters reported.