The company will also be launching the Realme X "Spiderman: Far from Home" edition in India today.

After plenty of leaks and speculation regarding Realme's upcoming devices, the brand is finally launching its flagship Realme X and Realme 3i in India. The flagship smartphone, Realme X was already launched in the home market of the brand in May at a price of CNY 1, 499 (approx. Rs 15,000). The brand has also announced that they will be unveiling Realme X: Spiderman: Far From Home edition in India which is also launched in China already. As for Realme 3i, the company has not launched it in China yet but, as per the landing page on Flipkart, the Realme 3i is will come with features like stylish design, big battery, large display, and better camera specs.

Time to bring out your inner superhero with our exclusive realme X Spider-Man: Far From Home Gift Box that comes with a Spider-Man theme and an exclusively designed protective cover.
Put on your spidey masks to get ready for the launch. pic.twitter.com/ukudSsQUPO 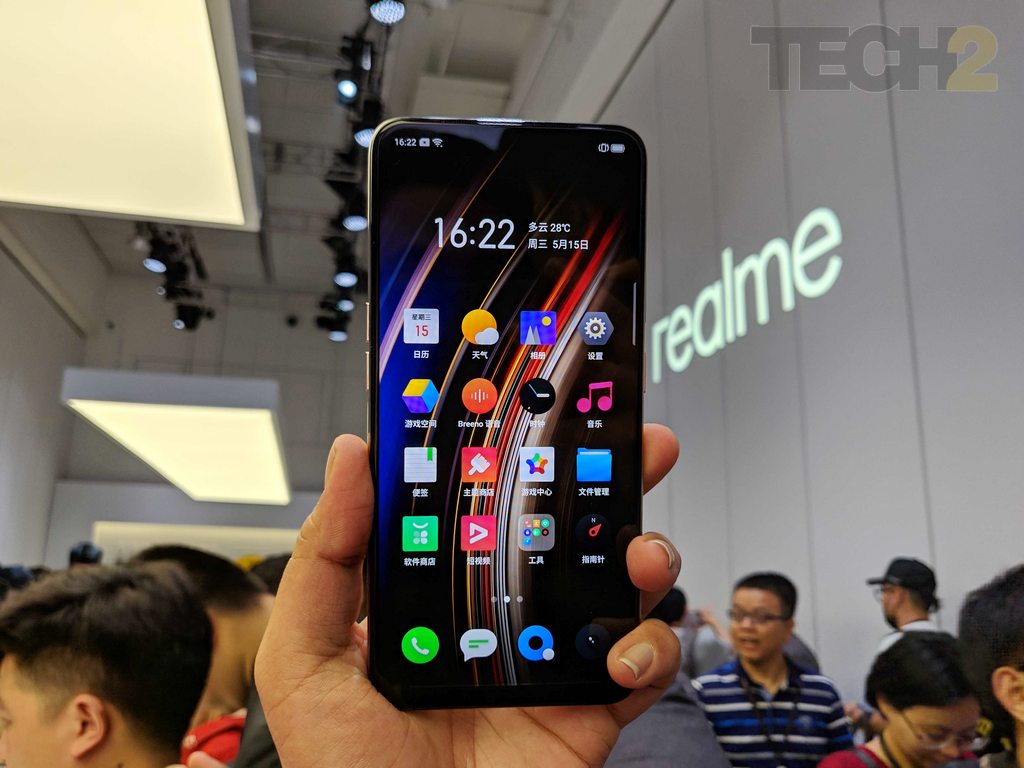 Live updates of India Launch of Realme X and Realme 3i

To catch the live updates on the launch of Realme X and Realme 3i, you can visit the official Facebook page of  Realme or check it out on YouTube at 12.30 pm today.

For all practical purposes, the Realme X will most likely be priced under Rs 20,000 and is expected to go head to head with the upcoming Redmi K20 series and even Motorola's recently launched One Vision. The battle between Realme and Redmi is heating up with both companies coming up with competing products at most price points between the Rs 10,000 to Rs 20,000 price bracket.

In terms of specifications, the Realme X features a 6.5-inch Full HD+ Samsung-made AMOLED display with a 1080 x 2340 pixels resolution and a whopping 91.2 percent screen-to-body ratio.

For the front, the phone is equipped with a pop-up selfie camera that houses a 16 MP f/2.0 sensor. The Realme X will run on Android 9 Pie out of the box with the company's ColorOS 6.0 skin on top. The phone also features a 3,765 mAh battery unit with VOOC 3.0 support.

Realme 3i specs: What to expect

Realme 3i will come with 4 GB RAM and Android 9 Pie software. It appeared with the model number RMX1827 on Geekbench. As for the scores, Realme 3i scored  1, 420 in single core test and 5,070 in the multi-core test. The listing also reveals that the processor of the handset will have 8 cores clocked at the speed of 1.99 GHz. MySmartPrice reports that the device will be equipped with an octa-core MediaTek Helio P60 processor.

Realme 3i is expected to be priced between Realme C2 (Review) that was launched recently and Realme 3 (Review), launched earlier this year. The Realme C2 features a 6.1-inch HD+ display. Under the hood, it is powered by 2.0 GHz octa-core Helio P22 processor. The device runs Android Pie-based ColorOS 6.0