The Moto One Vision is a phone offers a cinematic 21:9 aspect ratio display and a punch-hole camera.

Motorola just announced the Moto One Vision smartphone in India with a punch-hole camera and a CinemaVision 21:9 aspect ratio display. For a price of Rs 19,999 the phone appears quite competitive and goes up against the likes of the Poco F1 (Review), Galaxy A50 (Review) and more.

While Motorola has been going in hard with its G-series and E-series smartphones in India, this is only the second One-series smartphone from the company, the first being the Moto One Power (Review). One of the things that makes the device compelling, software-wise, is the fact that it is part of the Android One program which gives it a stock Android UI and a promise of up to three years of software upgrades. I got to spend some time with the device and here are my first impressions.

The Moto One Vision smartphone follows the design language of the latest Sony Xperia smartphones. It has an elongated display that gives the phone a 21:9 aspect ratio for the display. The reasoning for this, apparently, is that 78 percent of Netflix content is shot in a 21:9 aspect ratio, thus allowing users to view content without letterboxing.

While the display hole on the front does appear to be slightly larger than usual, it is in fact not that big. The narrow body of the phone, owing to the 21:9 aspect ratio, makes it appear as though the hole is big as compared to the body. How much of a hindrance will that make? Well, my guess is that since the S10e's punch-hole camera was not as intrusive as we thought it would be, we can expect the same from the Moto One Vision as well.

The Moto One Vision looks to have a big punch-hole display.

The smartphone sports a 6.3-inch FHD+ (1080×2520) display and has a gradient glass curved back with the Motorola logo doubling up as a fingerprint sensor. The feel in my hand was that of a robust smartphone although with glass on both sides, shattering it becomes a real concern.

The elongated display makes the device easy to use in one hand. The glass back makes the device slippery and also makes it a fingerprint magnet. Otherwise, the device has a nice shine to it and the Sapphire Gradient colour which was given to me looked lovely with the colour shifting while viewing at different angles.

The Moto One Vision runs on the Exynos 9609 SoC which is developed in-house by Samsung. It is a bit surprising that Motorola did not opt for a Qualcomm chipset considering even Samsung itself is using the Snapdragon 675 in its latest Galaxy M40. Apart from that the phone also has 4 GB RAM and 128 GB storage, which happens to be the only storage variant in which the device is available.

Competitors such as the Poco F1 and Galaxy M40 offer 6 GB RAM variants for the price, which makes me wonder how many apps could keep running on the Moto One Vision. While using the phone, I opened the camera app, chrome browser, and gallery, and did not notice any kind of lag. I would need to install heavy duty apps such as Instagram, Facebook and games such as PUBG to know for sure how fast the device really is.

Moto One Vision has a glass back which shows different colours at different angles.

The device is currently running Android 9.0 Pie and will be upgradeable to Android Q and R whenever they're released. A clean Android look is always appreciated.

The device has a dual-camera setup at the back with a 48 MP Sony IMX 586 primary sensor and a secondary 5 MP depth sensor. The final photos are effectively shot on a 12 MP resolution as the device uses pixel binning. On the front, the device happens to have a punch-hole camera with a 25 MP resolution quad-pixel shooter and an f/2.0 aperture lens. During my short time with the device, I saw that the device happened to click photos that were good and quite colour accurate, although all shots were indoors in low lighting conditions. I'll be sure to put the camera through its paces once I get to spend more time with the unit. 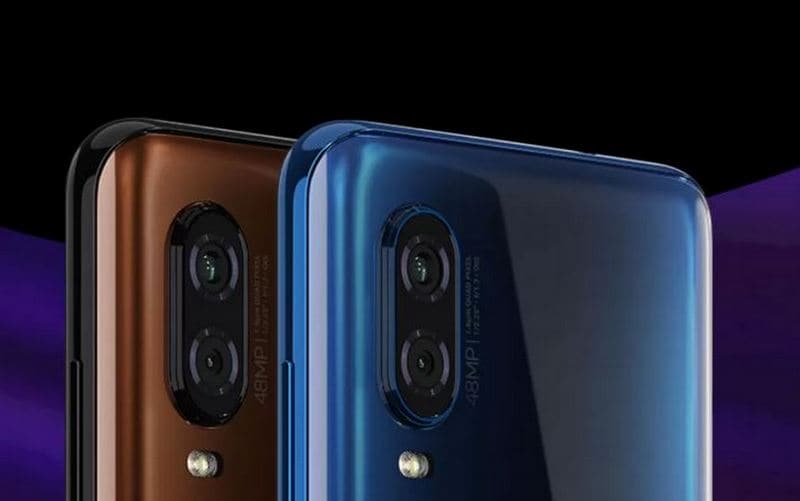 Motorola One Vision has a dual-camera setup with a 48 MP camera which uses pixel binning.

In terms of battery, the device happens to have a 3,500 mAh battery with USB Type-C and TurboPower fast charging support. While comparing it with the competition, on paper the Moto One Vision does appear to have a lower capacity battery. How will that affect its overall battery life? We'll find out soon enough.

The Moto One Vision is a phone of firsts for the company. It offers a cinematic 21:9 aspect ratio display and a punch-hole camera to offer a great viewing experience. The camera department also looks quite capable and the stock Android UI should make general navigation on the device a breeze. I'm certainly excited for it. Do check back in for an update once I've spent more time with the device.