The Mi 9 is to be announced on 20 February, which is the same date as the Galaxy S10-series launch.

Upcoming smartphones in recent times are turning out to be the worst kept secrets by companies. If not by "leaks" and renders, most of the smartphone companies are themselves posting information about their yet-to-be-released devices to generate hype.

One such phone is the flagship from Xiaomi, called the Mi 9, which in no uncertain terms has been leaked through a series of Weibo posts and official Twitter handles of Xiaomi employees. In any case, the Mi 9 is an important flagship device of this year and although chances are that it may not come to India, here's everything we know about the device.

The social media posts by Xiaomi CEO and co-founder Lei Jun in China paint a nearly complete picture of the device's design language. The Mi 9 will come with a waterdrop notch and 6.4-inch AMOLED display with Gorilla Glass 6. Leaks point out that the screen will have a 2220 x 1080 pixels and 600 nits brightness.

The beautiful chin of #Mi9, now 40% smaller than Mi 8's! Can you guess the price of this beauty？ pic.twitter.com/1u3sb89Yke

The flip side of the phone is seen to sport a triple camera setup arranged in a vertical orientation. There is no fingerprint sensor in the renders that were posted on Weibo. A separate tweet by Xiaomi showed that the Mi 9 would have a chin that is 40 percent smaller than the Mi 8. The reason you don't see any fingerprint sensor on the rear side or on the front is because Xiaomi claims that the Mi 9 will feature an in-display fingerprint reader. Xiaomi has also said that it will be 25 percent faster than the one present on Mi 8 Explorer Edition.

Capture the light with #Mi9 and #MakeItHappen! RT which color you like the most! pic.twitter.com/XM5vvD5r7Z

The Xiaomi Mi 9 is sporting a triple-camera setup and it is believed that one of the sensors will have a 48 MP resolution. There is also going to be 16 MP wide-angle camera and a 12 MP telephoto camera.

Further, all the lenses at the back of the camera will apparently be protected by a Sapphire glass to keep it from getting scratched. There is no information, as of now, about the front camera.

Want a professional-quality camera that fits in your pocket? #Mi9 can #MakeItHappen! pic.twitter.com/M1s323cHR8

The Mi 9 will come with a Snapdragon 855 chipset accompanied by an X24 LTE modem and at least 6 GB of RAM. The storage variants include a 64 GB model going all the way to 256 GB or perhaps even 512 GB. The X24 modem indicates that the Mi 9 won’t be supporting 5G connectivity as there is no mention of a Snapdragon X50 LTE modem which is 5G compatible. A transparent edition of the device has also been revealed by the company which is going to be called the Mi 9 Explorer Edition and will have an astounding 12 GB of RAM. 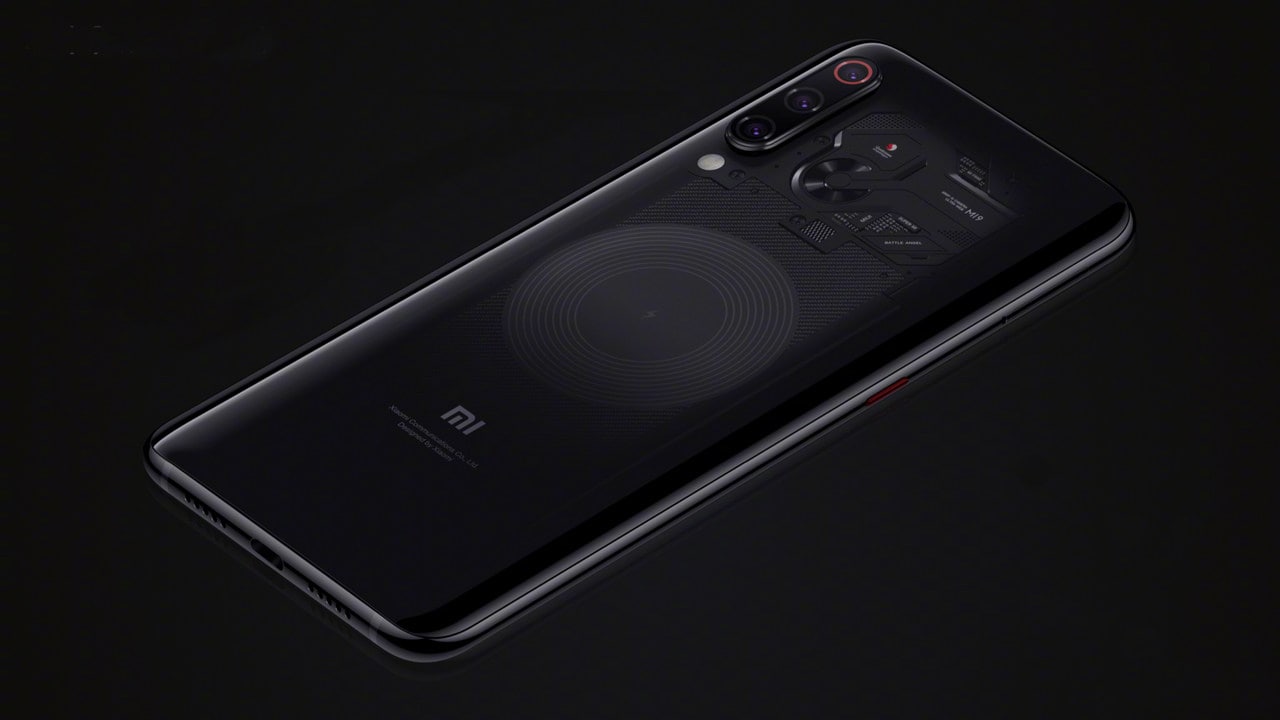 The phone is to be announced on 20 February at an event in China, which happens to be on the exact same date as the Samsung Galaxy S10-series launch as well as the Vivo V15/V15 Pro launch.