The hype around Xiaomi’s upcoming Mi 9 flagship model doesn’t seem to subside by any means. Just yesterday the company’s CEO Lei Jun teased the smartphone’s display features and boasted that the phone has a 90.7 per cent screen-to-body ratio. 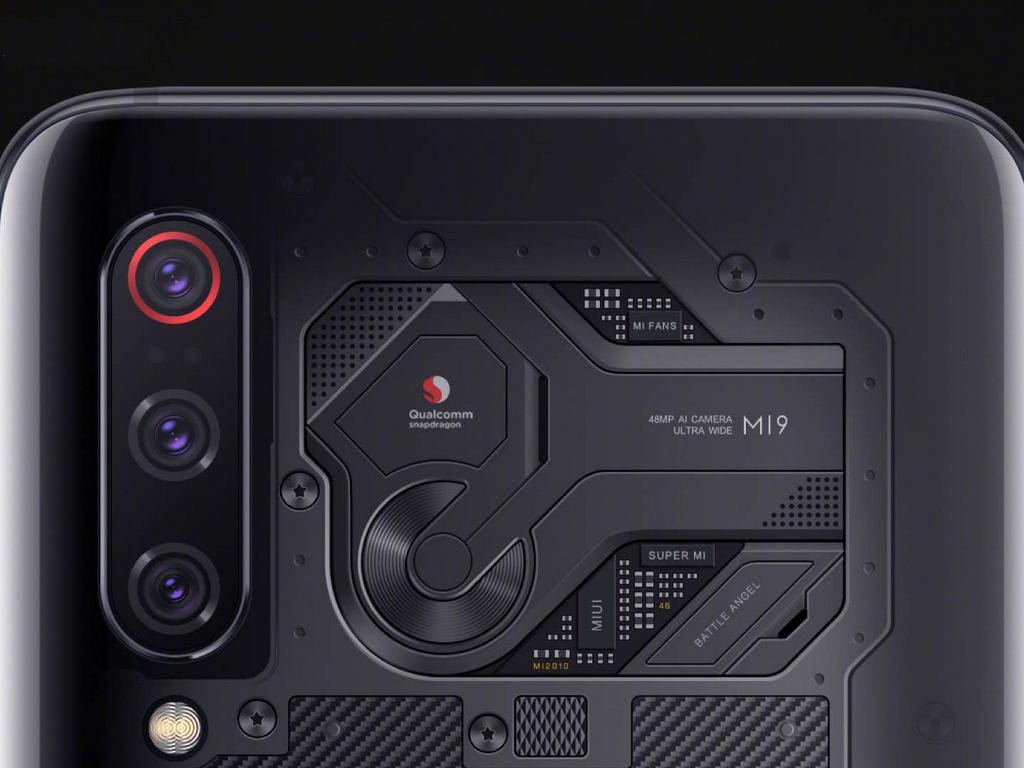 The CEO, yet again taking to the Chinese microblogging site, Weibo has now mentioned that the Xiaomi Mi 9 will have a Transparent Edition. This special edition of the Mi flagship phone will come with a massive 12 GB of RAM. Lei Jun posted a few teaser images of the Xiaomi Mi 9 Transparent Edition which reveal a translucent back panel somewhat identical to that on the Mi 8 Explorer Edition that was launched last year.

He further mentioned that the Transparent Edition of the Mi 9 will have a 48 MP AI-enabled primary camera with a 7P lens (seven lens plastic array) and f/1.47 aperture instead of a 48 MP 6P lens with an f/1.75 aperture, which is said to be incorporated in the standard version. Moreover, the Transparent Edition of the premium Xiaomi phone is said to use a gradient glass that has been put under test several times. The transparent variant is confirmed to have branding from the sci-fi movie, Alita: Battle Angel. Besides the cosmetic change, the 48 MP 7P lens and a massive 12 GB of RAM, other aspects on the special Mi 9 Transparent Edition are said to remain the same as the base model.

As mentioned earlier, Xiaomi has been ceaselessly teasing its new Mi 9 on Chinese social media platforms since the past few days. Nearly half of the key ingredients of the Mi smartphone is already known ahead of its official launch. As per the teaser images shared by Lei Jun previously, the Mi 9 will sport a 6.4-inch full HD+ display. Xiaomi has implemented Samsung’s AMOLED panel on its new Mi flagship phone. As per details revealed by the teaser image, the front panel on the Mi 9 will have a 103.8 percent NTSC super wide colour wide gamut (100 per cent of NTSC refers to the full range of colour that can theoretically be displayed) and 600 nits peak brightness. 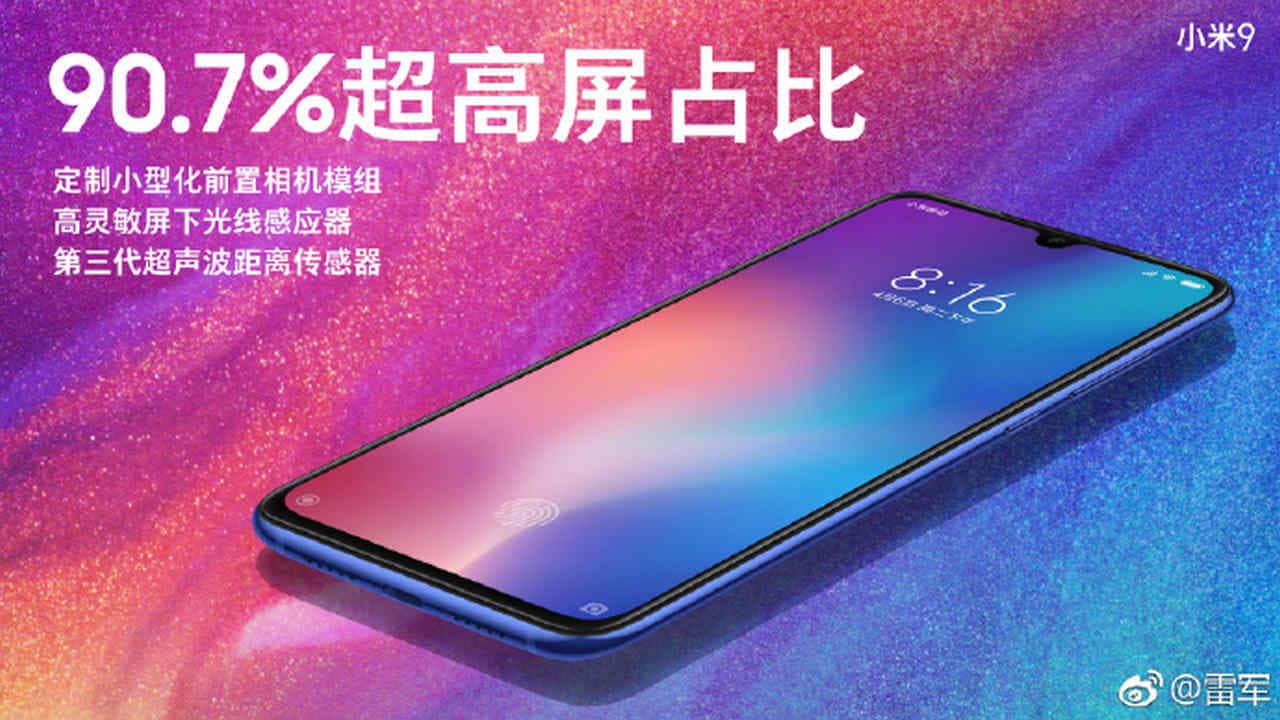 Xiaomi claims that the Mi 9 will feature an in-display fingerprint reader and that it will be 25 per cent faster than the one present on Mi 8 screen Fingerprint Edition. It will come with a second-gen ‘sunscreen’ technology to enhance sunlight legibility.

As for the processing hardware, the Mi 9 is confirmed to carry Qualcomm’s high-end Snapdragon 855 processor. The phone will sport a water-drop style notch that will accommodate the front-facing camera. However, the configuration of the front camera hasn’t been revealed yet. As per reports, the Mi 9 might house triple camera sensors at the back comprising a 48 MP + 12 MP + 16 MP setup. The phone is also rumoured to bundle a 20 W wireless fast charger.

It’s not just the Chinese OEM who is prepping for its major smartphone event this 20 February. The South Korean tech giant Samsung is hosting Galaxy Unpacked event where it will unveil the 2019 Galaxy S10 flagship lineup. The event is scheduled to take place in San Francisco on Wednesday.