As for the Vivo 15 Pro smartphone the rumour mill has been buzzing with leaks, but there is close to no rumours or leaks floating about the Vivo V15. 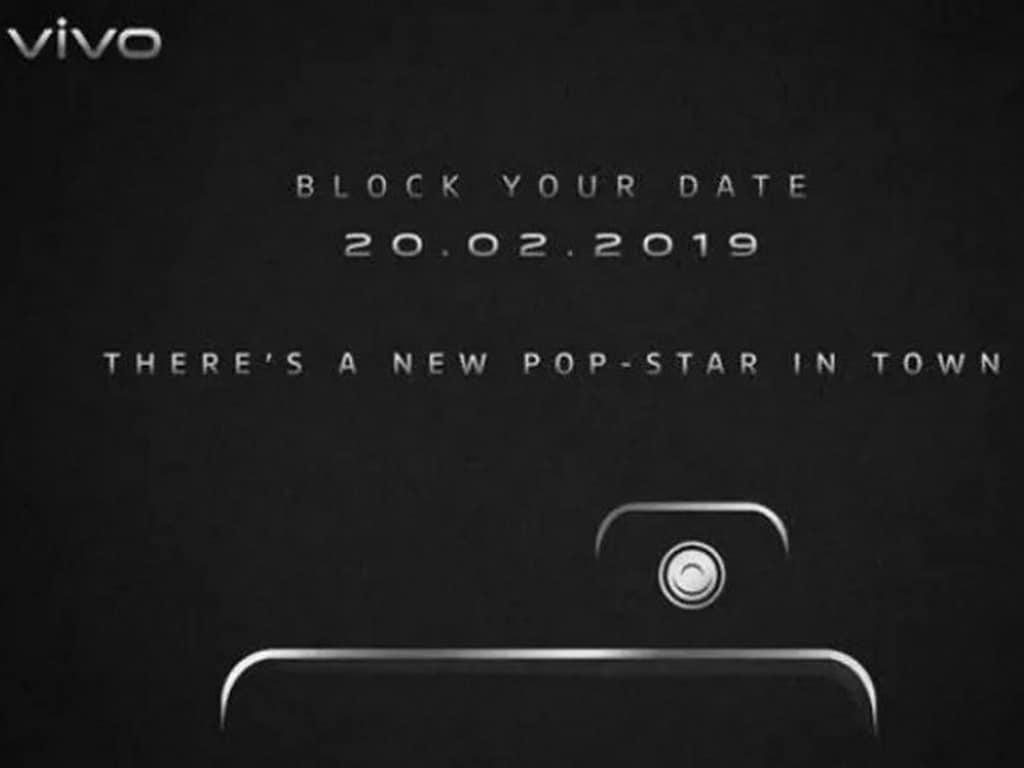 The Vivo V15 Pro might come with a 6.39-inch Super AMOLED display and as per Nashville Chatter, the phone could have an in-display fingerprint reader. The company has even teased the phone to come without a notch.

As per the photo posted and the specs revealed by My Smart Price, the phone can be seen to come with a glossy, glass back finish with a black and red gradient colour scheme. The brand name has been written on the bottom frame. The smartphone in the video looks identical to the device that Tech2 had leaked out a few days ago. 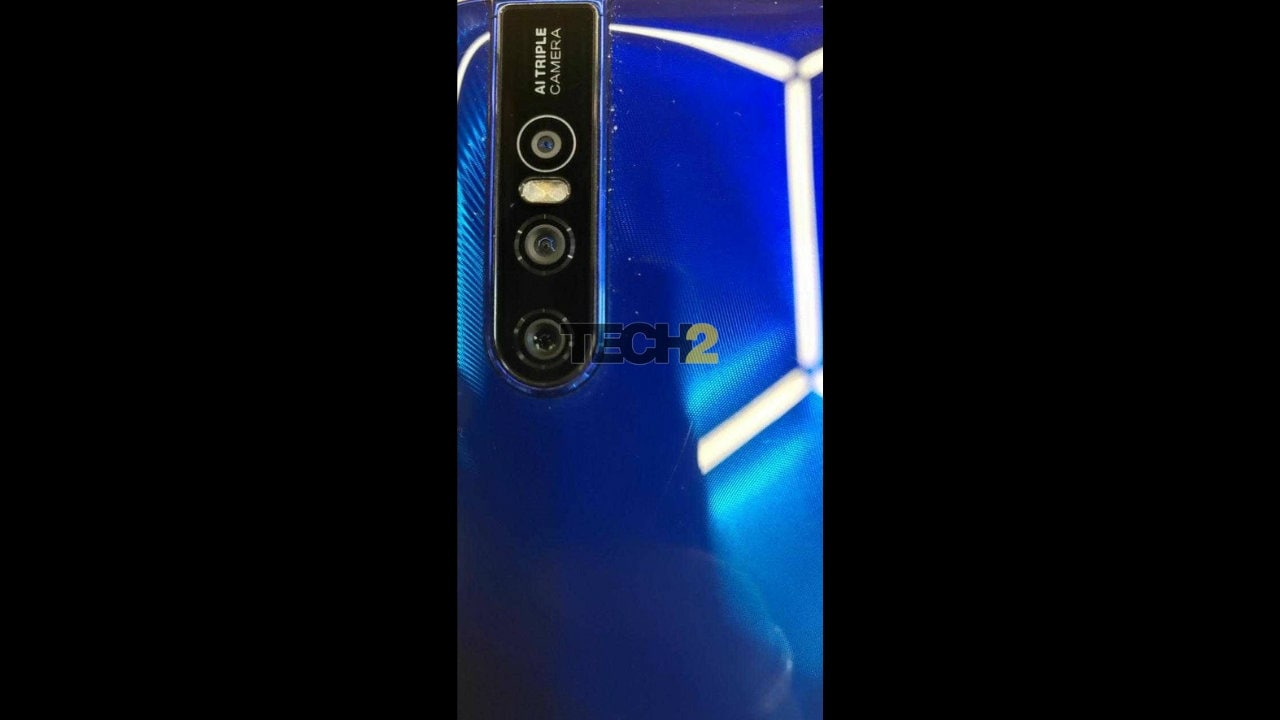 The image renders posted on Twitter by Ishaan Agarwal shows the press renders of the Vivo V15 Pro which reveals that the phone might come in two colour schemes — Gradient Blue and Gradient Red.

The renders also show the device to have extremely thin bezels, but the tweet cautions users that there might be "significant bezels" on the phone.

The alignment of the rear cameras with the pop-up camera is also leading to a noticeable bump. The phone might also come with. 3.5mm audio jack on the other side of the top frame and on the bottom frame there seems to be a single grill speaker and a microUSB port. As per the report in GSM Arena, there is a button on the left side which suggests that the phone might be equipped with Jovi assistant.

Share your favourite BFF Goals selfies in the comments below. pic.twitter.com/0cNi1EEMCX

Vivo has always prided on its selfie camera. This year to0 it has started to tease the phone ahead of the launch by posting its camera resolution. So this year, the company has announced to unveil the Vivo V15 Pro with a 32 MP pop-up selfie camera.

The main camera sensor is supposed to be 48 MP. The information has been disclosed by the company on its Twitter page as well as its landing page on Amazon. The information on the landing page also states the phone to come with "12 MP Effective Pixels," which means that effectively the photo clicked is might be 12 MP resolution. The sensor might be capable of clicking a "48 MP" photo, but to get a more clear picture the camera takes multiple shots of 48 MP and then combines them to show a 12 MP photo. The Vivo 15 is also been said to come with a 32 MP pop-up selfie camera.

Vivo V15 Pro is claimed to have been spotted on the certification website Geekbench with the model name 'vivo vivo 1818'.

As per GizmoChina, the NBTC authority of Thailand had also approved the Vivo 1818 smartphone and revealed that the smartphone will be hitting the market as the Vivo V15 Pro. The same model name was then certified by the Eurasian Economic Commission (EEC) body as well as per the report. 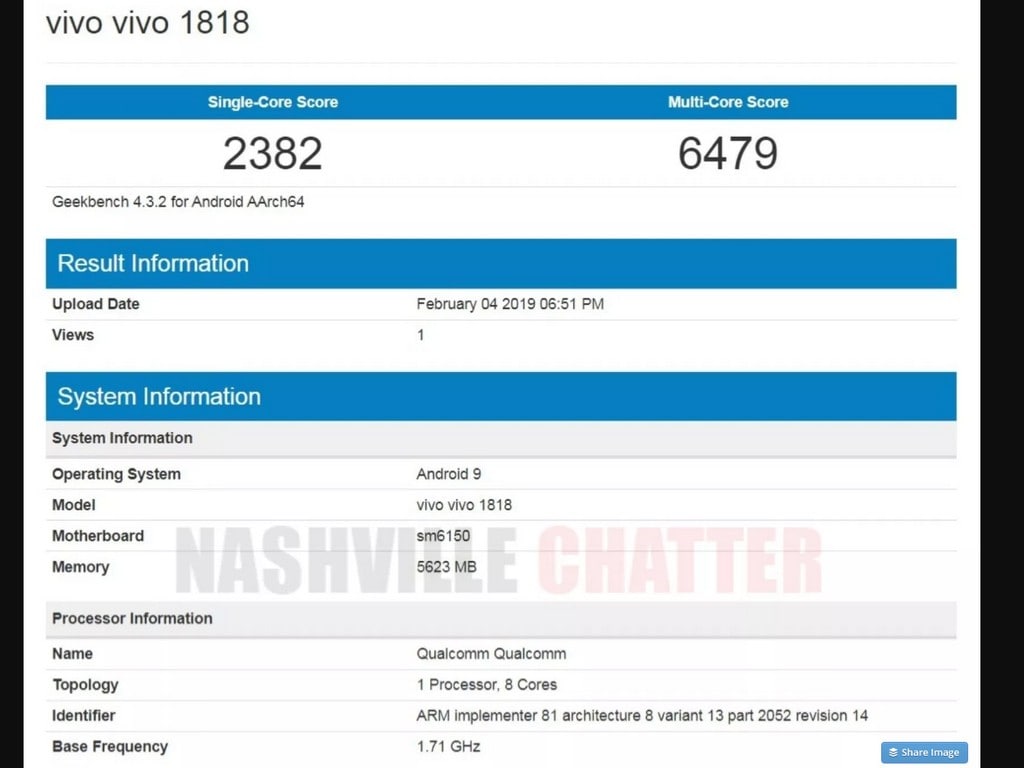 Now the same model number shows the phone to be powered by Snapdragon 675 chipset. The report also mentioned 'sm6150' to be the codename for Snapdragon 675 mobile platform.

The reports claim that Vivo V15 Pro might only be offered in a single variant and is expected to pack in a 3,700 mAh battery on board with Dual Engine fast charging. The listing in GizmoChina also shows that the phone will come with 6 GB of RAM and run Android 9 Pie.

The smartphone is also rumoured to pack in 128 GB of storage.

Delhi: Five hospitalised with itching in eyes allegedly due to gas leak in RK Puram