Following allegations of sexual harassment against filmmaker Sajid Khan from three female actors and a journalist, the Indian Film & Television Directors' Association sent a notice to the director seeking his response. The notice added that in case Khan did not revert within a week's time, an ex-parte decision would be taken.

The letter said that Khan's "lewd and obscene actions had brought disrepute" to the association. 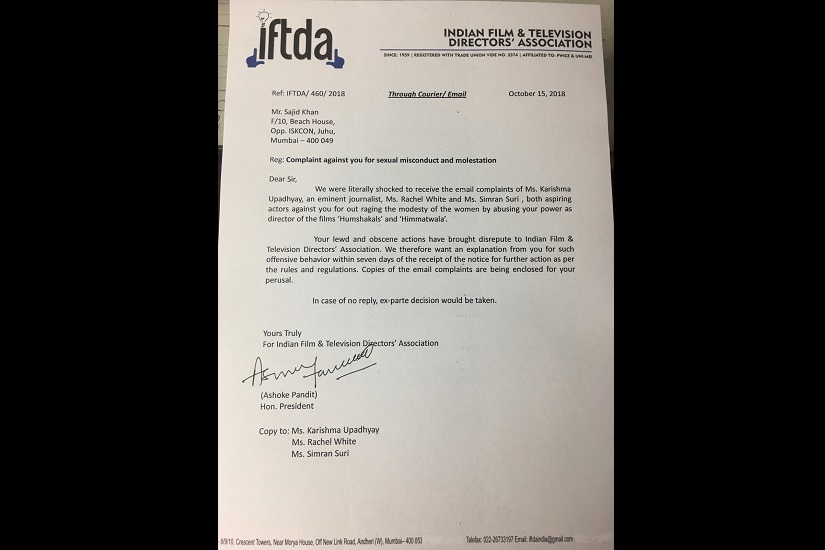 Khan was directing the fourth instalment of Housefull, but announced his departure from the film when the allegations came to light.

His sister Farah Khan also tweeted that in case her brother is proven guilty of the charges, he will have "a lot to atone for". Farah added that this was a trying time for their family, and that she in no way endorses such behaviour.

Bipasha Basu, who worked with Khan in the 2014 film Humshakals, said though she never faced harassment at the hands of the director, she always found his behaviour towards women rude. Esha Gupta also revealed she got into a lot of arguments with him.