Vivo V15, V15 Pro will not be discontinued from the Indian market, company confirms

According to the report, Vivo V15 and V15 Pro will only be available until the launch of Vivo S1.

Update: A spokesperson from Vivo told us, "The speculation suggesting the discontinuation of Vivo V15 and V15 Pro from the Indian market are not true and the production of both the devices will continue at our manufacturing facility.

Both the devices have been our star performers and have been doing very well in the Indian market. V15 Pro defines Vivo's' ‘innovation lead’ brand proposition in the sub-30k segment. V15Pro also hit the milestone of the fastest selling smartphone in Vivo's history, receiving an overwhelming response from consumers in March this year. Owing to this great success, we recently rolled out new variants for V15 and V15Pro offering our customers more choice in this series. An updated 8GB RAM memory variant for V15Pro and Aqua Blue color variant for V15 was introduced. Not only that, we are working on a daily basis to make the existing product portfolio even more efficient by rolling out timely updates for enhanced consumer experience.

We wish to uphold the faith that our consumers have placed in us and aim to serve them better with our ever-growing and sustained product portfolio.”

Vivo launched Vivo V15 (Review) and Vivo V15 Pro (Review) in India back in February and now the company is already planning to discontinue the devices in India.

As per a report by 91Mobiles, Vivo is now clearing stock of Vivo V15 and Vivo V15 Pro and has stopped the production of the two smartphones. The report also reveals that the two devices will only be available in offline stores until the stock lasts. They could be available for sale until the company's upcoming phone Vivo S1 arrives in the country. Vivo S1 has already launched in China this month. It is priced at CNY 2, 298  which is roughly Rs 23, 540, and is expected to be launched in India at around Rs 20,000, similar to the pricing of Vivo V15. It is expected to launch next month in India.

We have reached out to the company but haven't heard back yet. 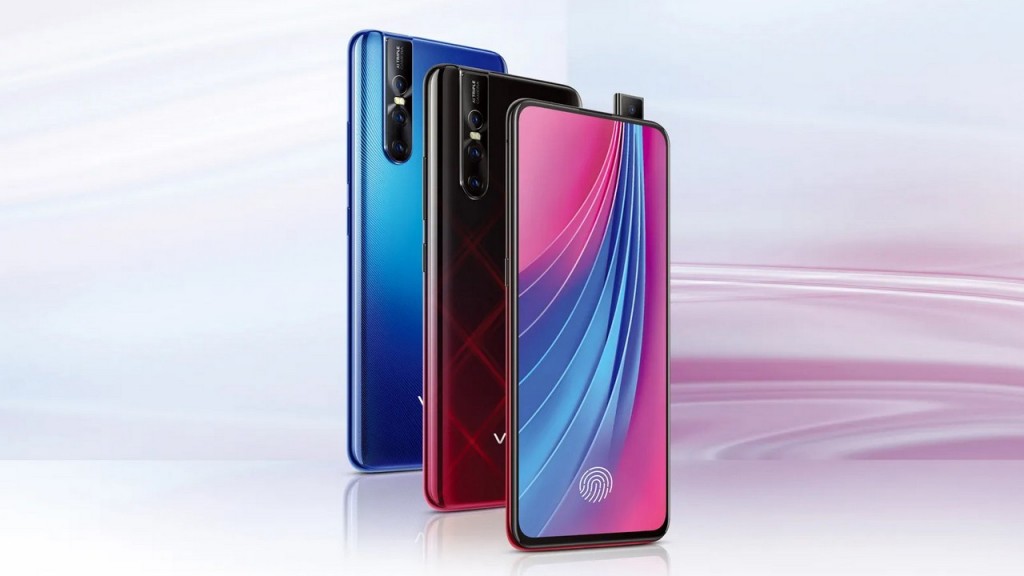 Barring the larger RAM and storage, the specification of the new Vivo V15 Pro is the same as the existing 6 GB RAM model. The new variant come with a 6.39-inch Ultra FullView display, runs Android Pie-based FunTouch OS 9.0, and Snapdragon 675 chipset. What's difference is the 8 GB RAM and 128 GB internal storage on-board. Fuelling the phone is a 3,700 mAh battery.

Recalling the specifications, Talking about specifications, the Vivo V15 comes with a 6.53-inch display with an aspect ratio of 19.5:9. The screen is covered by a 2.5 D curved panel and is protected by Corning Gorilla Glass 5.

In terms of optics, the phone has 32 MP front camera which pops-out from the top and triple camera setup at the back comprising of 12 MP + 8 MP + 5 MP sensors. The phone is powered by a 4,000 mAh battery which supports quick charge. In terms of authentication, the phone has a fingerprint sensor on the back.