Unless the FunTouch OS bothers you, you’d find it hard to find a flaw in the phone.

If you don't mind the Vivo's iOS-clone UI, just go for the V15 Pro

It’s not very often that we review a phone and find it to be just good. It may sound like an odd thing to say, but especially when it comes to smartphone manufacturers like Vivo and Oppo, something or the other — display colour, battery life, heating issues, design quality, camera quality — seems to go wrong. But surprisingly, that isn’t the case with the Vivo V15 Pro: the smartphone is just organically great.

I used the phone for a couple of days as my primary device, loaded it with hundred-odd apps, and hence began the phone’s pariksha.

The Vivo V15 Pro is beautiful

The Vivo V15 Pro’s design was a big attraction for me. Of course, it isn’t that I haven’t seen that gradient-effect before, Huawei has used it on its Mate and P-series phones last year, and even the Realme phones have some interesting textured rears. However, the colour scheming on this Vivo phone is just beautiful. 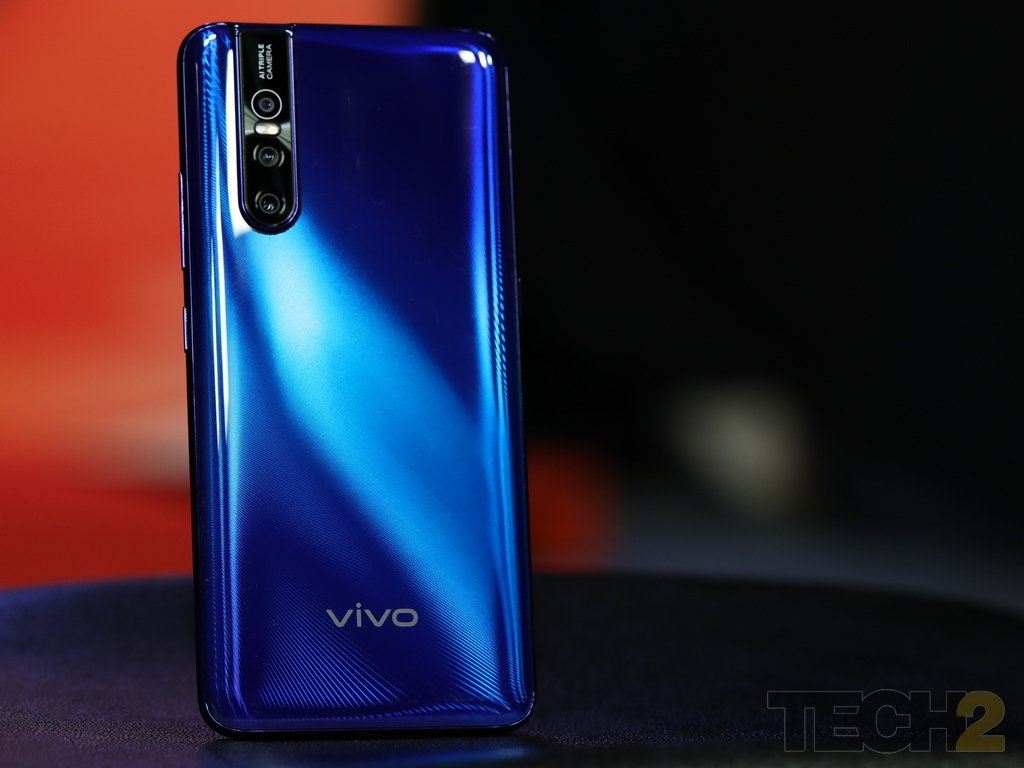 Vivo V15 Pro and that snazz on its rear. Image: tech2/Nandini Yadav

I am a person who loves colours, and those boring gold and rose gold phones are just getting on my nerves. I especially love the way the colour on the rear of the Vivo V15 Pro wraps inwards along the edges of the phone, towards the display, to maintain that snazzy look. I like, I really like!

Sadly, that glossy back sure lives for smudges. It’s very easy to get the phone’s rear looking all cloudy, so be prepared to be constantly cleaning the phone to keep it clean.

Since I mentioned the display, that’s another thing that's beautiful about the phone. The Vivo V15 Pro has a 6.39-inch Super AMOLED display, with Full HD+ resolution in a 19.5:9 aspect ratio. The colours on the display are crisp and bright and the video viewing experience on the phone is amazing, especially because there is no notch to get in your way. The 6.39-inch display on the Vivo V15 Pro is a delight to watch videos and play games on. Image: tech2/Nandini Yadav

However, while that large display is great for our zombie-like consumption of videos, it isn’t such a convenience when you are walking around with the phone in your hand. At least I found it tough to fit in my pocket and to take one-handed selfies. Thanks to the large display, while taking selfies, I often got blurry pictures because the phone would keep slipping out of my hand. That glossy back definitely didn’t help either.

Vivo has improved the pop-up cam

I mentioned that the phone has an almost-bezel less, completely notch-less display. That begs the question, where is the front camera located? Well, the Vivo V15 Pro borrows some inspiration from the NEX and hides the front camera on the top edge which comes with a mechanical slider.

The pop-up camera which was first seen on the Vivo NEX, has a similar sort of mechanism on the Vivo V15 Pro. While Vivo promises that it’s sturdier, I found that it's also quicker in its response now. I may have used the pop-up camera hundreds of times during my testing period. Because, selfies. 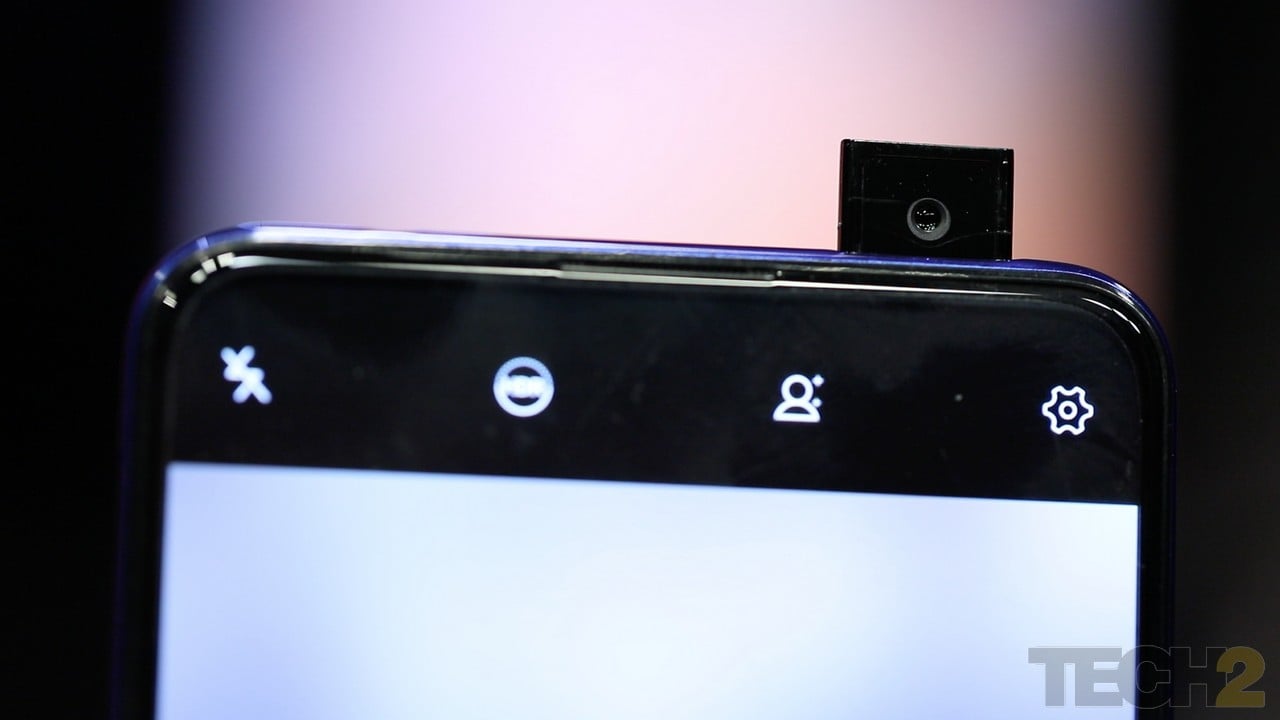 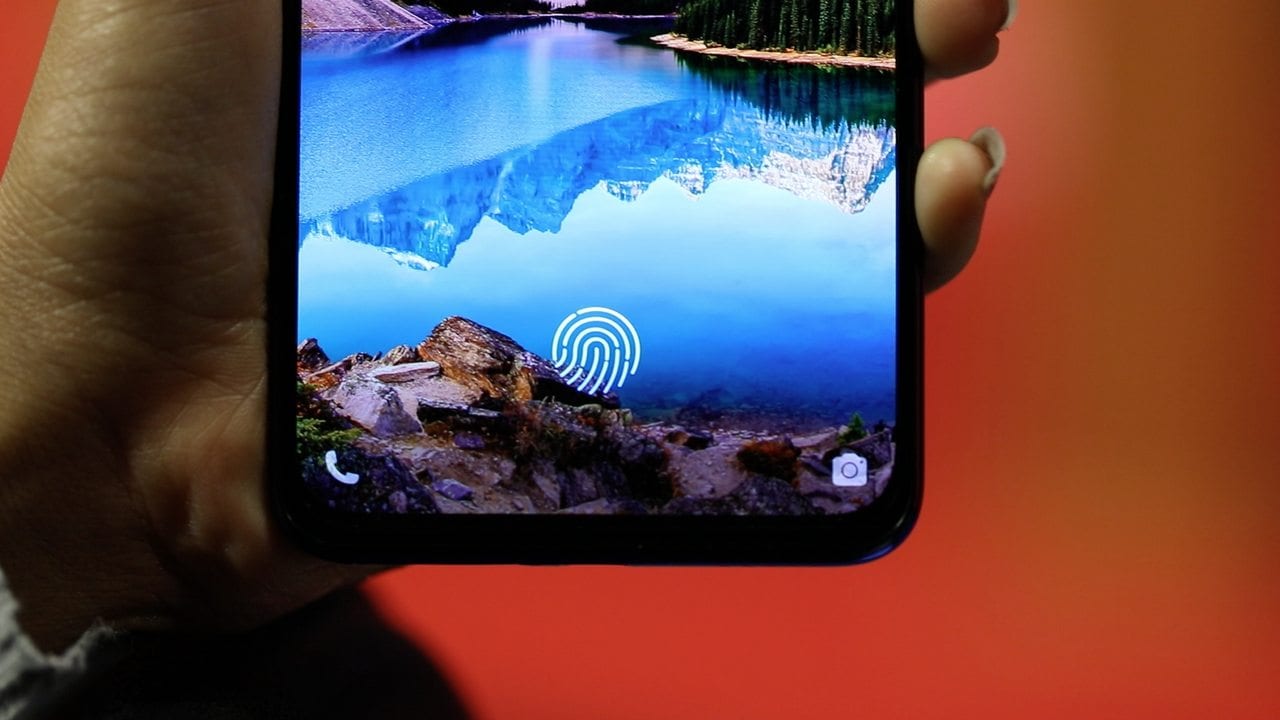 However, I did realise that with this phone, you need to be a little careful of the amount of pressure you put on the display. If that pressure is too little or too much, you might get an error when attempting to unlock the phone.

On the front, the Vivo V15 Pro spots a 32 MP camera, which comes with a beauty mode, a portrait mode, AR stickers and a selfie video mode. I found both day and low light selfies to be great from the phone. The colours are very true to life and it doesn’t drop the details even when the light around you isn’t too good. Selfie videos from it are great as well. I also enjoyed the portrait mode on the phone, which in terms of the UI is very similar to what we’ve seen on the iOS’ camera app. It lets you choose between options like studio lighting, a monochrome background, rainbow background, among others. In the portrait mode, details remain crisp, and edge detection is on point. The Vivo V15 Pro has a triple camera set up at the back. Image: tech2/Nandini Yadav

The rear camera of the phone is again decent, especially when it comes to daylight pictures. The V15 Pro features a 12 MP effective sensor (capable of giving 48 MP pixel images), an 8 MP AI Super wide angle sensor, and a 5 MP depth camera, at the back. The camera setup produces images with colours that are true to life and offer sharp details. The rear camera also has a Super Night Mode, which does great things to your night shots. However, the moment you move to low light, the images from the camera start to lose detail and the focus becomes softer (scroll through the Flickr gallery below to check out the high resolution images). This problem seems to go away if you use a flash. Also, I had a Poco F1 which has a dual-camera setup and is also one of the best performers in its own segment. I found that while Poco F1's images produced colours that were more true to life, the Vivo phone's images definitely carried more details.

The Vivo V15 Pro is one of the first phones to come to India with the Qualcomm Snapdragon 675 chipset. Alongside that, it has 6 GB of RAM and 128 GB storage. There is also a dedicated slot for a microSD card.

In daily usage, I had a pretty smooth experience. Apps did not crash, gaming was smooth and app switching was quick. I played PUBG, Asphalt 9, Word Puzzle, Candy Crush and Prince of Persia on it and didn’t heat up or skip frames. Again, a good thing. My problem though was more with the OS. It’s not something which plays against a user, but it is not something every user would appreciate either. The Vivo V15 Pro runs Vivo’s FunTouch OS v9, which is based on Android 9 Pie. It is smooth but comes with a tonne of bloatware and it looks like a shameless ripoff of iOS. And that’s where the problem lies. It’s too much of a clone for my taste. The Vivo V15 Pro is fuelled by a 3,700 mAh battery that can easily last your through a workday, on one full charge. And I am talking about when you are using multiple apps, some 30-40 min of gaming, watching YouTube, and of course placing and answering calls. 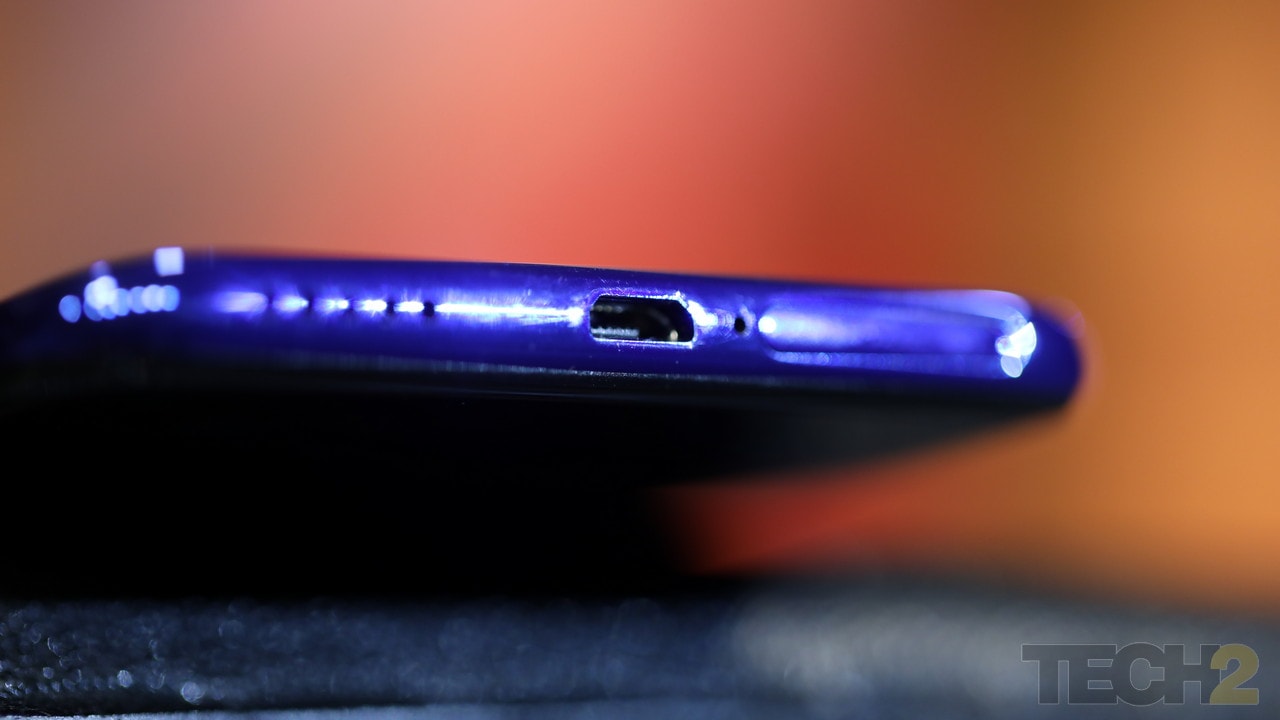 Vivo V15 Pro does not have a Type-C port. Image: tech2/Nandini Yadav

The phone does not use a USB Type-C port, but it comes with Vivo’s custom fast charging feature that can take the phone to 100 percent from zero in close to 90 minutes. It’s not particularly fast when compared to OnePlus or Huawei's fast charging solutions though.

If you are looking for a phone that has the cool factor, an eye-catching design, captures good selfies, will give you an uninterrupted video-viewing experience — notch-wise — then you should surely go for the Vivo V15 Pro.

However, know that you will be dealing with some average low-light images and Vivo’s custom UI. Having said that, considering the device is priced at Rs 28,990, people for whom the design and the ‘wow’ factor isn’t the priority, you can save a few bucks, get higher RAM and better performance with the Poco F1 (its highest variant is priced at Rs 27,999). It is a great deal faster and more suited to gamers.