The Galaxy Fold is expected to start shipping in the US on 26 April for a price starting at $1,980.

Samsung is just days away from releasing its first foldable smartphone, the Galaxy Fold in the US, which will start at $1,980 when it starts shipping on 26 April.

While Indian media outlets haven't had a chance to marvel at Samsung's engineering brilliance just yet, numerous US-based outlets have — and there are quite a few talking points that have been brought to the fore.

There's no doubting that the Galaxy Fold isn't just another flagship phone for Samsung, but a device through which Samsung is trying to establish itself as a pioneer in the brand new space of foldable smartphones.

Does Samsung Galaxy Fold feel like a regular phone?

While the Galaxy Fold is essentially a phone first, which opens up to reveal a larger display to work on, Business Insider and The Verge are of the opinion that using the phone does slightly alter that perspective. Using the Fold reveals that the device is more of a tablet with a 7.3-inch display which folds up to become more "pocketable".

The Verge's Deiter Bohn, in fact, states that the Fold feels more like an iPad mini that can be "packed down to become more pocketable." He does mention though that the device is large enough that it’ll stick out of any but the deepest pants pockets. "This is a device designed for a purse or a coat pocket," he says.

On the positive side though, CNET's Jessica Dolcourt said that the device is “solid and surprisingly premium.” USA Today‘s Ed Baig also adds that the device’s screen open-and-close mechanism “is as satisfying as closing an old flip phone.”

A Galaxy Fold on top of an iPad Mini. Screen is roughly same size unfolded, and of course there are no giant bezels along the top and bottom. First look with @eliblumenthal @usatodaytech https://t.co/52O7r3RnvT pic.twitter.com/Azdxbok80l

There’s no fancy in-display fingerprint sensor like on the S10 or S10 Plus, which may actually be a good thing considering the issues many people continue to have with its reliability and accuracy. Digital Trend's Julian Chokkattu, however, does note that there is a basic face unlock you can use to unlock the screen as an alternative, but "it’s not secure like Apple’s Face ID."

What about that crease in the middle?

Now, there were concerns about the Galaxy Fold’s inner display. When opened, the Fold has a small crease in the middle. USA Today says the crease is noticeable but “didn’t bother us as much as you might think.” Digital Trends felt that the crease was practically invisible during use.

The Verge also added that you can also feel the crease, "which is a little disconcerting. But you get over it." 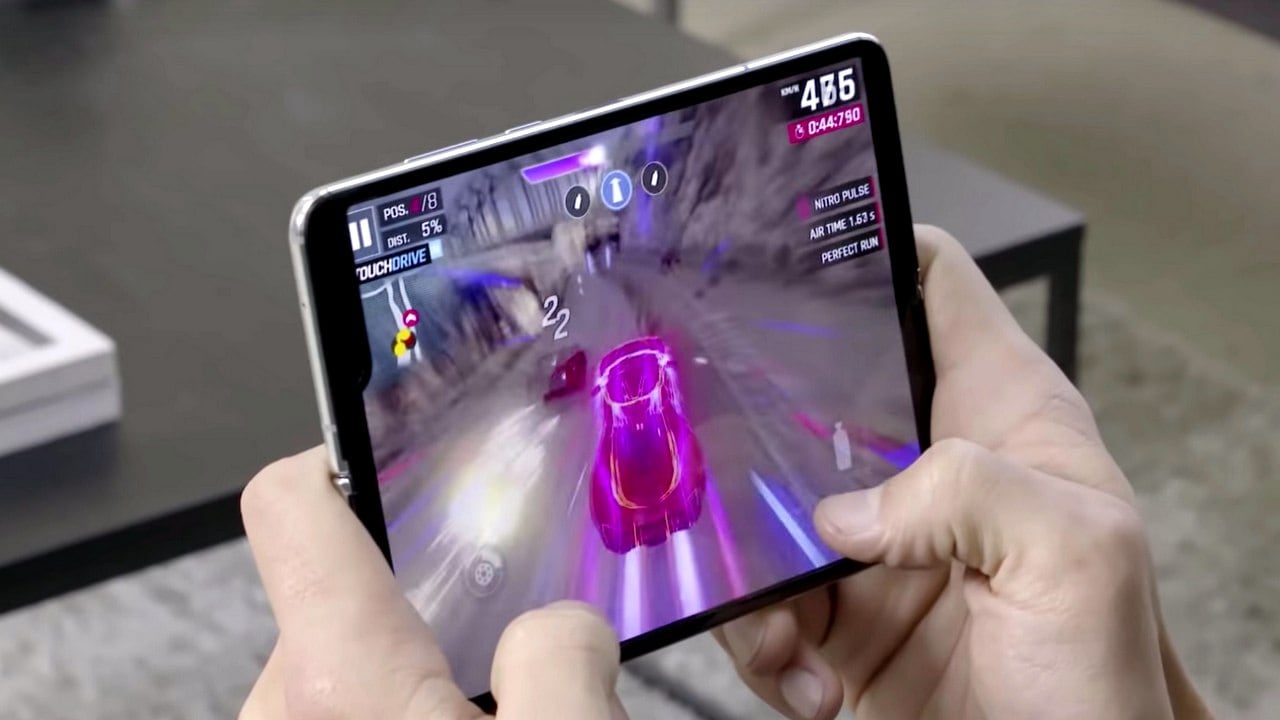 Samsung Galaxy Fold when opened out as a tablet. Image: Samsung

But if the crease won't trouble you too much, the big notch on the inner screen just might. The Verge lamented that the Galaxy Fold has a black notch at the top of the screen that sits atop the display and houses the front-facing cameras. The notch got in the way of YouTube videos.

When folded, does the Fold feel like any other small smartphone?

Samsung is using an AMOLED display here which appears to accentuate the huge bezels around the display on top here. Samsung did this intentionally to maintain a 21:9 aspect ratio. "Because the AMOLED displays Samsung uses for its smartphones are capable of delivering deep blacks, it almost looks like the screen is floating in the centre of the device's cover," says Business Insider's Lisa Eadicco. 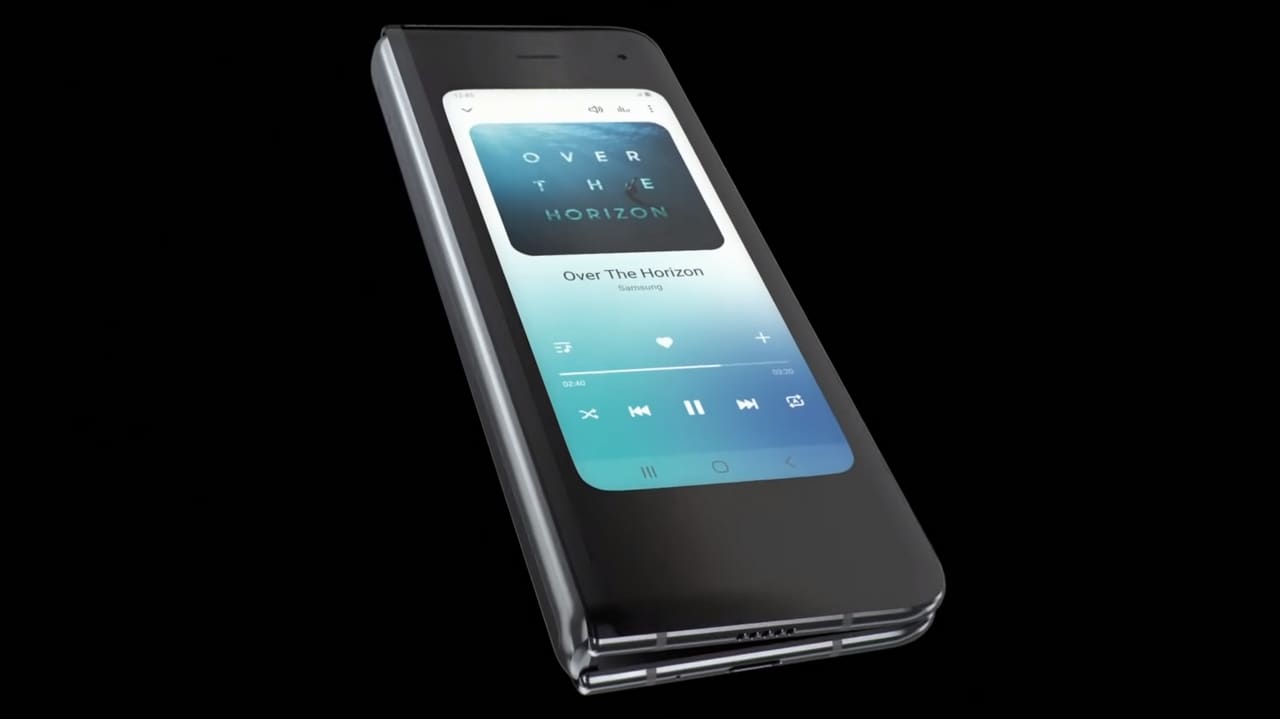 The Galaxy Fold has a 4.6-inch AMOLED display on top. Image: Samsung

Engadget's, Cherlynn Low, meanwhile admitted, "Because of its diminutive size, the outside screen was also harder to navigate — I kept pressing the wrong buttons when trying to switch lenses in the camera app. From my experience so far, I don't feel like you're meant to spend a lot of time using this smaller screen."

The Fold, as you'd expect from a $2,000 phone, is powered by Qualcomm’s Snapdragon 855 processor. It’s paired with a staggering 12 GB of RAM, as well as 512 GB of internal storage.

"I’d usually say 12 GB of RAM is overkill, but considering this may be one of the few smartphones you’ll be using to multitask with other apps open, it’s likely necessary," notes Digital Trends' Chokkattu. The back of the Galaxy Fold features a triple-camera setup. Image: Samsung

While most reviewers noted that while performance with the limited selection of apps during the hands-on was fine, heavier apps on multi-window could weigh on the processor.

The Verge stated, "Battery is 4,380 mAh, with cells on both sides of the fold. Whether that’s enough for Samsung’s claimed full-day of use on a screen this large is anybody’s guess."

How fluid is the software experience?

Samsung’s One UI software, running over Android 9.0 Pie, does not appear to be too different from what you’ll find on Samsung’s standard flagships. However, Samsung has worked with Google and a few other developers to work on a feature called 'App Continuity' which essentially makes any app you use on the 4.6-inch screen automatically open on the 7.3-inch screen when it’s unfolded. 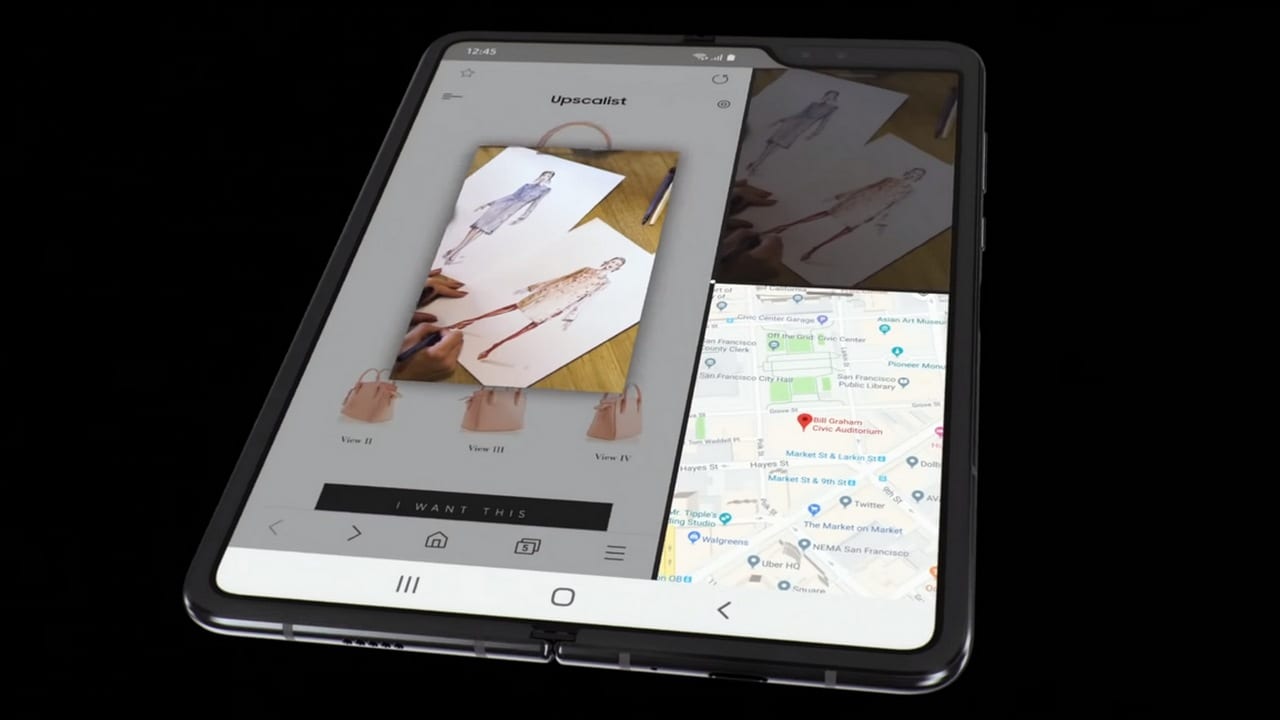 The Galaxy Fold does a good job of multi-window. Image: Samsung

CNET's Sarah Taw says that currently, WhatsApp, Microsoft, Spotify, Amazon Prime Video, Samsung and Google apps have all been optimised to use the design. However, "if the app doesn't support app continuity, it still works, but you'll need to resize the app for full-screen — you'll see black bars on either side."

Galaxy Fold ready for launch as most of the display related issues are fixed: Samsung official