From phones with 4 GB RAM to phones with quad cameras, we have it all in our list of phones under Rs 12,000 this month.

If you have been reading our phone buying guides regularly, you would know that we usually do not prepare a list of phones under Rs 12,000. But these aren’t usual times, are they? The prices of several phones that used to be just under 10K have gone up, while some other popular smartphone models aren’t available currently. This has led to a concentration of some pretty good phones between the 10K and 12K budgets, that just missed our list of phones under Rs 10,000 and probably wouldn’t make it to the one under Rs 15,000. Hence, we thought of putting together a list of best phones you can buy under Rs 12,000 this month. Also, those with a budget of 10K should think about pushing it a bit higher and strongly consider these handsets too. Most of the following phones are available in green and orange zones only at the time of writing.

The Redmi Note 7 Pro (Review) is a year-old phone with the least number of rear cameras as compared to other phones in this list, but it is still one of the best options in this budget. The glass-clad phone has an attractive design and is protected against scratches by Gorilla Glass 5 at the front as well as at the back. You get a 6.3-inch Full HD+ display with a drop notch. It is powered by a Qualcomm Snapdragon 675 SoC that is still among the best in this segment.

Another key feature of the Redmi Note 7 Pro is its 48 MP rear camera with a Sony IMX586 sensor. It uses pixel binning that combines information from four pixels into one to capture more details in photos shot in various lighting conditions. There’s a 5 MP depth sensor to give it company and a 13 MP front camera for selfie enthusiasts. This Xiaomi handset runs Android Pie with MIUI 10 layer on top. Its 4,000 mAh battery lasts over a day of moderate usage.

Though we believe that Redmi Note 7 Pro is a slightly better device overall, the Redmi Note 8 (Review) isn’t too far behind either. The Note 8 is similar to the Note 7 Pro on most counts except two. Firstly, it has a relatively slower Snapdragon 665 SoC, but you get four cameras at the back instead of two. The setup includes a 48 MP primary shooter, 8 MP ultra-wide camera, 2 MP dedicated macro camera, and a 2 MP depth sensor. The image quality of the primary camera is at par with that on the Note 7 Pro, while the rest of the cameras give you extra versatility. The rest of the specs like display, battery, storage, and OS are pretty much the same. This phone too has Gorilla Glass 5 protection at the front and back.

Realme’s latest release makes a strong case for itself, especially for those who like large displays and ample internal storage on their phones. Realme Narzo 10 has a large, 6.5-inch display but with a HD+ resolution of 1600 x 720 pixels with a layer of Gorilla Glass 3 to protect it from scratches. The brightness level is rated at 480 nits. Realme Narzo 10 is powered by the new Mediatek G80 chip that should put its processing power right in between the two Redmi devices above. You get 4 GB RAM and 128 GB of internal storage that can be expanded further.

The unique designer back makes the Realme Narzo 10 stand out. It has a quad camera combination at the back that’s similar to Redmi Note 8 with a 48 MP primary sensor along with an 8 MP ultra-wide, 2 MP macro, and a 2 MP depth sensor. The 16 MP front shooter will have the selfie enthusiasts excited. Another standout feature of this phone is its mammoth 5,000 mAh battery that is expected to last a couple of days of moderate usage. It runs Android 10 with Realme UI on top. The phone will be available for purchase on Flipkart from 18 May.

Honor 20i (First impressions) is another phone in the list with 128 GB internal storage. It may be a scaled-down version of its more illustrious sibling -- Honor 20, but it still packs ample features for its price. It has 24 MP + 8 MP + 2 MP triple cameras at the back that do a good job in most conditions. The low light performance is pretty good too for the segment. The 32 MP front camera will certainly impress the selfie enthusiasts.

The phone is powered by a Kirin 710 chip and comes with 4 GB RAM, and its 128 GB internal storage can be expanded further to 1 TB with a microSD card. There’s a sharp 6.2-inch Full HD+ screen with a tiny drop notch, and a 3,400 mAh battery that can take you through a day of moderate usage. This stylish device launched with Android Pie OS with EMUI 9.1 on top. The Android 10 update for this phone started rolling out earlier this year. So that’s another big plus.

Vivo has managed to find a good balance of features and specifications at a competitive price in the U20. This phone flaunts three rear shooters with a combination of 16 MP (primary) + 8 MP (ultrawide) + 2 MP (macro) cameras. They do an acceptable job in various lighting conditions for this budget range. This handset comes with a 16 MP front shooter for some crisp selfies and video calls. 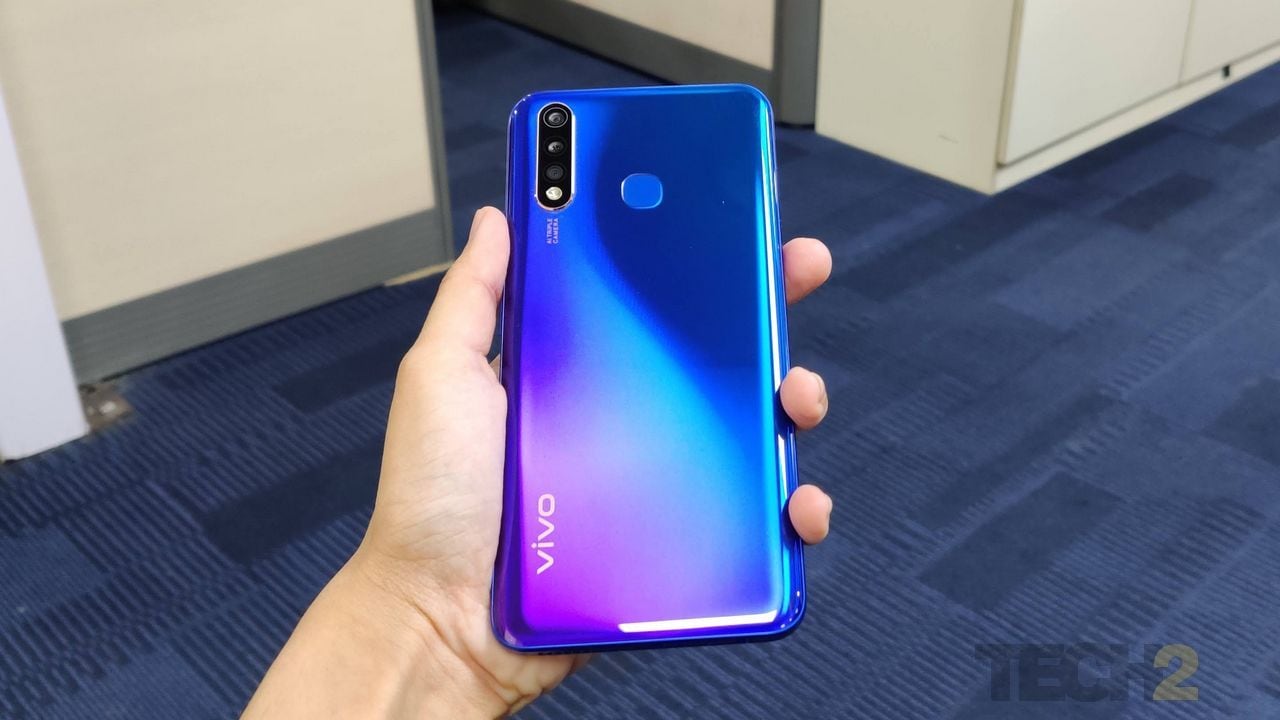 The Vivo U20 is powered by a Qualcomm Snapdragon 675 SoC with 4 GB RAM and 64 GB internal (expandable) storage. It has a 6.53-inch Full HD+ display with a drop notch. The battery life here is quite impressive with a 5,000 mAh battery keeping the phone powered for over a day and a half of moderate usage. It supports fast charging and the company bundles an 18W fast charger for the same. The phone runs Android Pie with a layer of FunTouch OS 9.2 on top.

Lenovo K10 Note is the only phone in this list with 6 GB RAM. So why is it at the bottom of the list, you ask? Simple answer -- availability. This variant of the phone is hard to find currently, but if you spot one in stock under 12K, it’s a great buy. The phone is powered by a Snapdragon 710 SoC and comes bundled with 6 GB RAM and 128 GB internal storage. It has a 6.3-inch Full HD+ display with a drop notch. There’s a 4,050 mAh battery that can keep it powered for over a day. The camera department flaunts a combination of 16 MP + 8 MP + 2 MP sensors. But what’s interesting here is that the company gives you an option of 2x optical zoom, courtesy of its 8 MP telephoto camera; something not very common in this segment. There’s a 16 MP front camera for selfies and video calls. The phone runs Android Pie with ZUI 11 on top.