Redmi Note 8 Review: If you're spending 10k, this is the smartphone to buy

It shouldn't come as any surprise that Xiaomi has yet again raised the bar in the sub-10k segment. The Redmi Note 8 has a nice camera and delivers decent battery life and performance. Under 10k, this is the smartphone to beat.

A recent report revealed that the Redmi Note 7 Pro was the second most popular phone in India, and with good reason. Xiaomi has made it a point to offer incredible value in every phone it sells, and the Note Pro line consistently hits that sweet spot between value for money and performance. The non pro version of this line is just as good, and offers even better value if you're willing to forego features like a slightly more powerful SoC or camera.

Enter the Redmi Note 8, the Note 8 Pro's lesser sibling which, as usual, drops some features in favour of offering a lot more value. 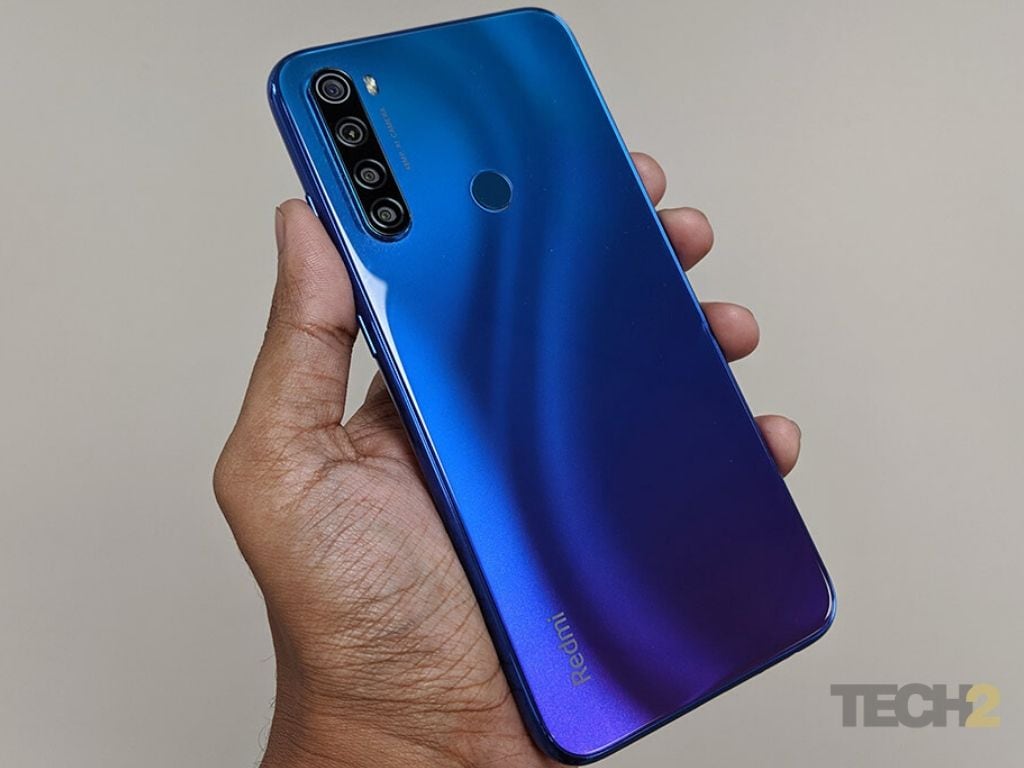 The Redmi Note 8 has a slightly bulky body with glass on the back panel. Image: tech2/Abhijit Dey

Here’s a quick glance at some of the key specs of our Redmi Note 8 review unit:

Performance: Smooth, but MIUI bloatware is getting annoying

The Snapdragon 665 chipset, 6 GB of RAM and 128 GB variant that I tested for over a week showed no signs of stuttering or lag in any of the apps. Unless you're spoiled by the super-smooth UI of OxygenOS, you're going to be satisfied with the fluidity of MIUI 10, and the next version is expected very soon.

That being said, I’ve never been a fan of MIUI (personal preference). The phone is flooded with bloatware and the incessant notifications (read: ads) can get irritating. Whenever I unlock the device, there is at least one notification present from one of the many pre-installed apps. The only way out is to manually disable notifications for each of these apps, something that I would highly recommend if you want to avoid getting bombarded with ads. There's a tiny notch on the display, which can be hidden. Image: tech2/Abhijit Dey

Even if you go with the base variant (4 GB + 64 GB), the hardware is capable of taking on games like PUBG Mobile and Call of Duty: Mobile. The phone does get warm when gaming, but not to the extent that you can't hold the device. One annoyance is the vibration motor, which isn't precise. Typing with vibration turned on isn't the most pleasant experience.

The Redmi Note 8 offers a good enough multimedia experience when watching videos. You don’t have stereo speakers, but what you have is loud enough to allow you to comfortably watch movies and TV shows. The notch will get in the way, but you will eventually get used to it. If it still bothers you, MIUI allows you to hide the notch by essentially cropping out the notch area. 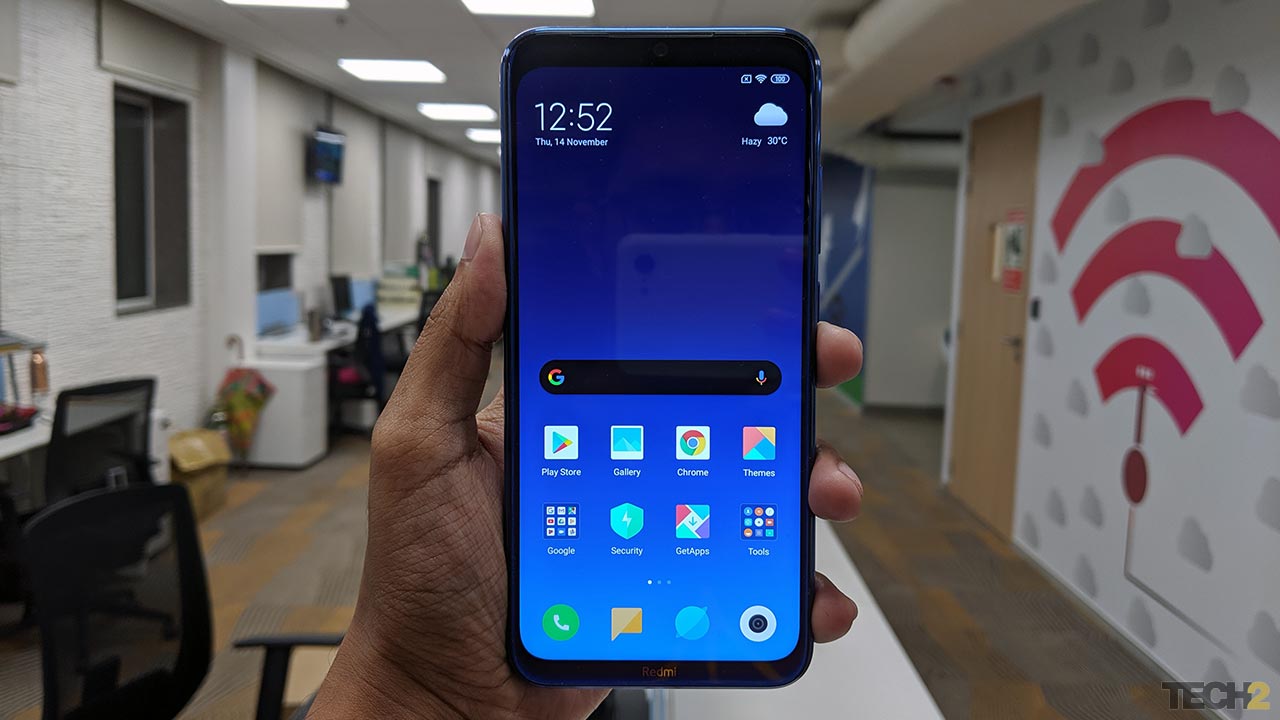 As with the Note 8 Pro, this device has a cooler colour temperature on its display. Switching to the ‘warm’ colour mode doesn't help. However, MIUI lets you play around with the temperature and tint to tune the display to your liking. The contrast is average and the colour balance is neutral enough.

The phone supports 18 W fast charging and with its 4,000 mAh battery capacity, the phone lasted for more than a day with regular usage. When I'd taken the phone out to click photos while heavily using social media and answering emails, the device still had around 20 percent of charge remaining at the end of the day.

You can capture beautiful shots in daylight with the quad rear camera system. The primary 48 MP camera is capable of clicking detailed shots in natural light. When it comes to skin tones, the colours are highly dependant on the intensity of light. Under direct sunlight, skin tones appear brighter and a bit unnatural. When there’s soft light, say at dusk, the skin tone is closer to natural, although slightly saturated. 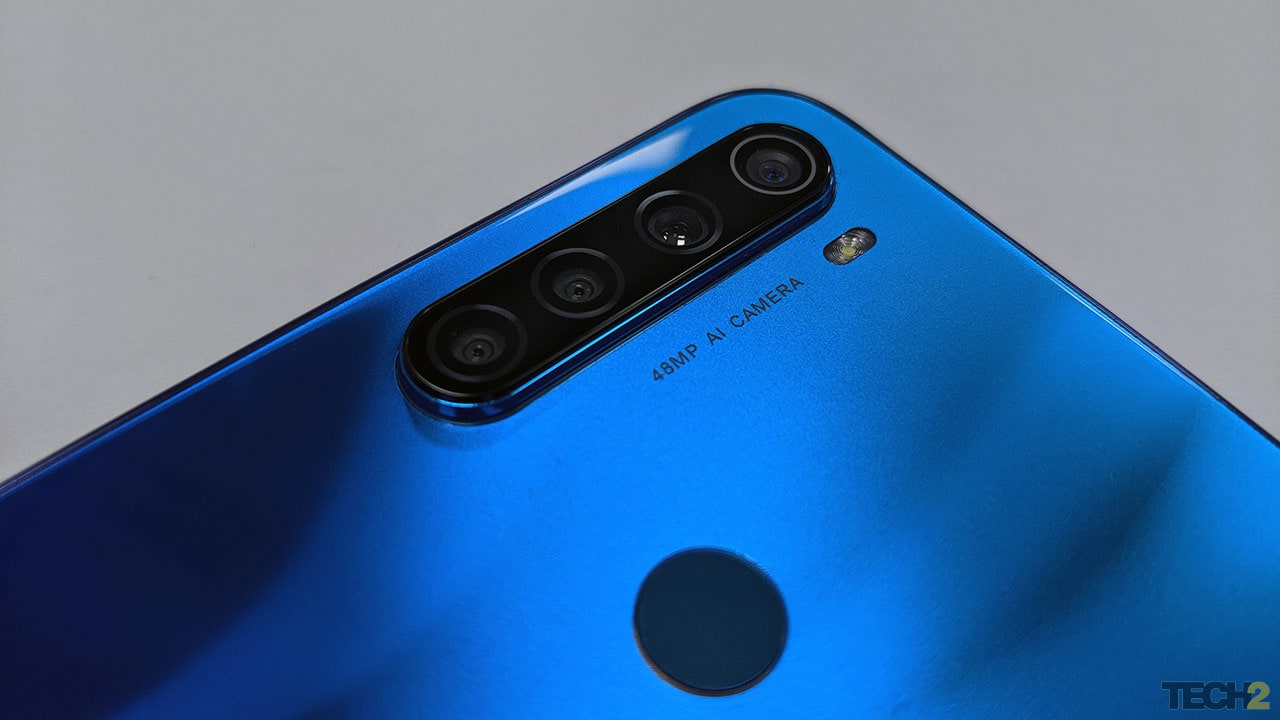 While regular shots manage good contrast, the HDR mode will let you take some impressive shots. Shadows and highlights are well-balanced. You will be able to capture nice pictures of clouds and buildings in this mode.

The flexibility of the four different lenses also works out well and the UI lets you seamlessly switch between them. White balance on the different cameras are maintained and it doesn't drastically change in the same lighting conditions. I also tried out a few macro shots and I was able to capture fairly detailed images, even though images weren't too sharp. Do remember, you will need some good lighting for such shots.

In low-lighting conditions, the camera struggles to capture details. While the images aren't terrible, you will need a suitable amount of light for good photos. There is a night mode in the camera, but I'd avoid it since it adds too much noise while trying to increase the exposure of the image. The biggest differences between the Note 8 and Note 8 Pro are the chipset and camera. While the Note 8 runs on a Qualcomm Snapdragon 665, the Note 8 Pro is powered by the Mediatek Helio G90T. There isn’t a stark difference in performance and it’s only noticeable while switching apps or when you’re opening them. However, because of the extra performance on the Note 8 Pro, it should run smoothly over multiple Android version updates until the hardware starts becoming a bottleneck.

Coming to the camera, there is clearly a big difference in image quality. The Note 8 Pro performs better in low light and it captures a more natural skin tone. Images are oversaturated at times as the colours look extra punchy when compared to those from the Note 8.

You can capture better selfies with the Note 8 Pro, in terms of colours and details.

The camera system on both devices is almost the same, except for the front and primary rear camera. The Note 8 comes with a USB-C port. Image: tech2/Abhijit Dey

Verdict: Yet another winner, as expected

The Redmi Note 8 offers impressive and unmatched value for money if you’re looking for a phone under 10k. It heavily competes against the Realme 5 but the latter's 12 MP camera is easily eclipsed by the 48 MP rear camera on the Note 8. The Realme also offers a lower resolution display and no fast charging, making the Redmi Note 8 an easy choice for anyone looking for a phone in the 10k range.

Redmi Note 8 gets yet another price hike, will sell at a starting price of Rs 12,499

Redmi Note 8 to go on sale today at 12 pm: Here are the sale offers, pricing, specifications