The three cameras are places horizontally with an LED flash unit present below the central camera.

The second half of the year has become a sort of festival season for flagship phone launches. No sooner has the Samsung Galaxy Note 10 and Note 10 Plus launched globally, than we already have dates for the Apple iPhone 11 series, Google Pixel 4, Huawei Mate 30 series and the OnePlus 7T series. OnePlus 7T series is expected to be launching earlier than is usual for OnePlus' T series of flagships, on 26 September as opposed to an October launch. Pricebaba in collaboration with tipster OnLeaks have got access to 3D renders of the upcoming OnePlus 7T, which will be an upgrade to the OnePlus 7. The most prominent feature as seen from the 3D renders is the triple rear camera setup, which will be housed inside a circular module. The three cameras are places horizontally with a dual LED flash unit present below the central camera. Now the specifications of the camera sensors aren't known, but it's being speculated that one of those three cameras will most likely be an ultra wide sensor.

OnLeaks in his tweet has also hinted at a McLaren edition of the OnePlus 7T Pro in an accompanying tweet, but no details about the same have been leaked.

The render also shows the rear of the OnePlus 7T covered in glass which is curved around the edges. While not much has changed on the front, the SIM card tray seems to have been shifted from the left hand side to the base of the phone, beside the USB Type C port. As a result, there is only one speaker grille. The power button along with the alert slider are on the right hand edge whereas the volume rocker will be seen on the left hand edge. 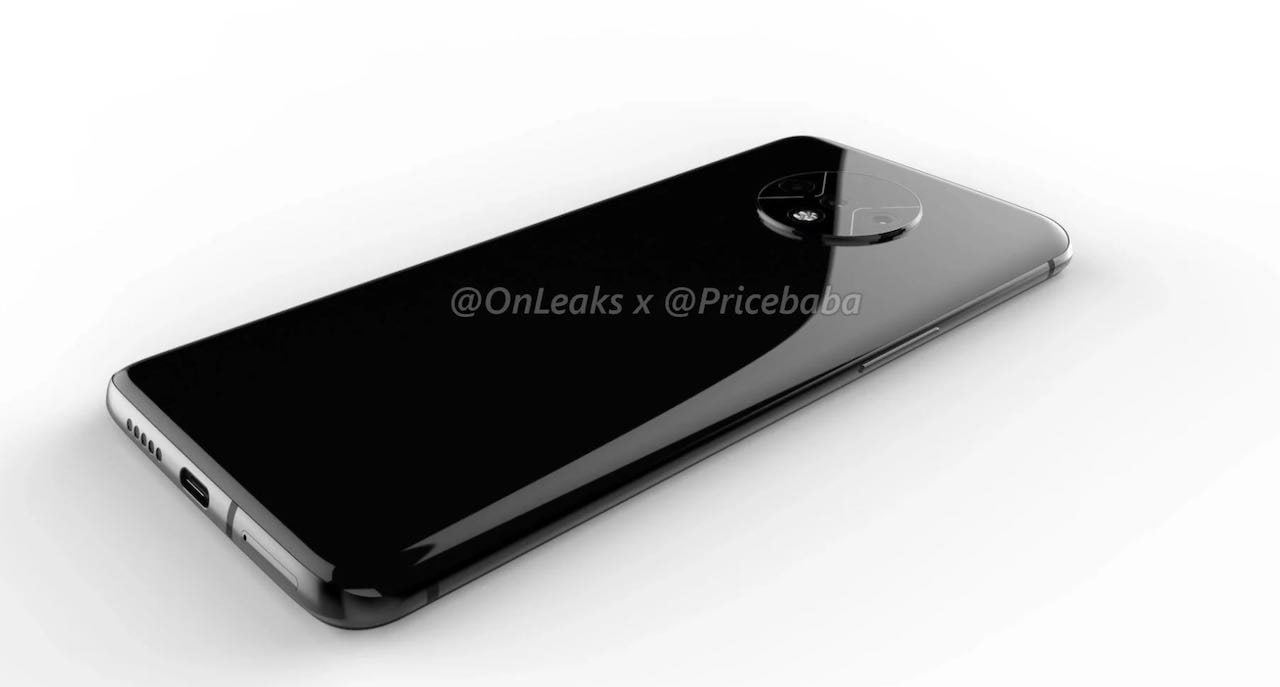 According to GizmoChina, the screen size could be 6.4-inches with an FHD+ resolution. The dimensions are speculated to be 161.2 x 74.5 x 8.3 mm. It is also expected to come with a Qualcomm Snapdragon 855+ chipset, which comes with a slightly overclocked Kryo 485 CPU as compared to the same on Snapdragon 855.

There has been no official claim by OnePlus which has not even hinted the existence of the OnePlus 7T/7T Pro so it is best to take this information with the proverbial pinch of salt. That being said, OnePlus has confirmed that it will be launching the OnePlus TV next month in India.