The OnePlus 7 series will be launched at the Bangalore International Exhibition Centre (BIEC).

OnePlus will be hosting a launch event of the OnePlus 7 and OnePlus 7 Pro on 14 May in Bengaluru. The smartphone manufacturer is going to reveal its next smartphone in three different countries simultaneously.

As has become a tradition now, OnePlus fans can buy invitations of the launch event that went live today on its Indian website. 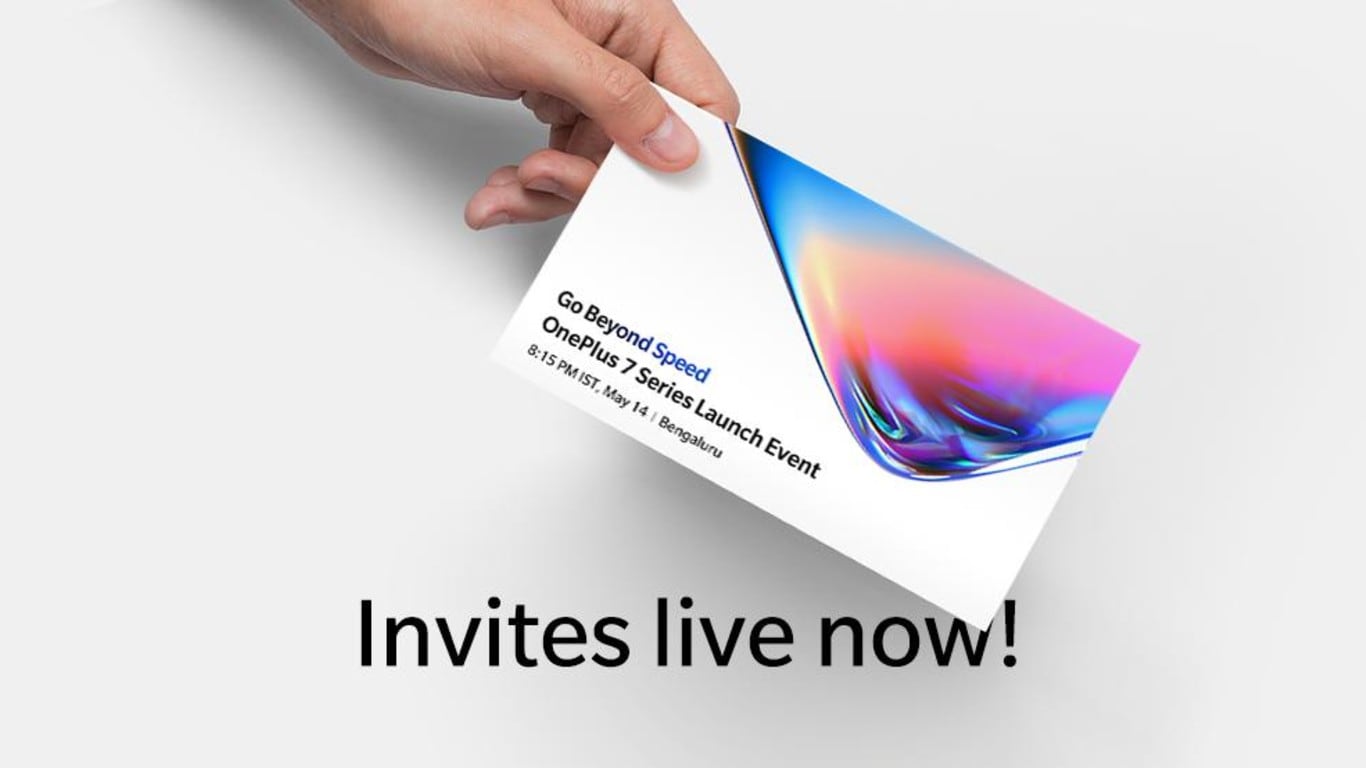 Priced at Rs 999, the invitations were still available in stock, at the time of writing this article. The main event will be held in New York, whereas London and Bengaluru will witness a simultaneous event as well. It’s being organised at the Bengaluru International Exhibition Centre or BIEC that can accommodate up to 3,500 attendees. The event starts at 8.15 pm IST.

All the attendees at the launch event will get a hands-on experience of the latest devices and interact with the OnePlus team. They will also receive a goodie bag of official OnePlus merchandise including a set of OnePlus Type-C earphones.

All we know about the OnePlus 7 and OnePlus 7 Pro

The OnePlus 7 series could be possibly taking the route of a pop-up camera mechanism for a bezel-less and notch-free display. Further, from what we know so far, the OnePlus 7 Pro will feature a Quad HD+ display. This will be the highest resolution on a OnePlus device. The panel will be Super AMOLED and will have a refresh rate of 90 Hz.

In terms of specs, leaks show that the OnePlus 7 Pro will come with a triple-camera setup consisting of a 48 MP, 16 MP and 8 MP sensors. The chipset will be a Snapdragon 855 SoC and the variant shown on the picture is an 8 GB RAM + 256 GB storage variant. The display on the device is a 6.67-inch 'Super Optic' display. The device shown runs Android 9.0 Pie.