Looking for an affordable Samsung phone with good design and specs? You've come to the right place.

A few days ago we published a list of the top 5 Samsung flagship phones worth buying that were shortlisted from a dozen handsets spanning three generations. Today, we take a look at what the company has to offer in the sub-Rs 30,000 segments.

The decision gets harder as there are dozens of handsets to choose from. Mind you, this article is specifically for the brand-loyal Samsung fans who refuse to touch smartphones from any other manufacturer. If you aren’t one of those, you might as well check out our list of best smartphones under Rs 30,000 from various brands.

The Samsung Galaxy A30. Image: tech2

If you are still here, you probably are looking for a Samsung smartphone. So let’s continue. The company is yet to release anything worthwhile close to Rs 30,000 in India in 2019. However, the following two handsets released in the second half of 2018 are the best that you can get from the brand in this price range currently.

Remember the smartphone with FOUR rear cameras that Samsung launched late last year? Yes, that’s the Galaxy A9. The phone comes with a combination of 24 MP wide-angle lens with PDAF, 8 MP Ultra-wide angle lens, 10 MP telephoto lens that facilitates 2x optical zoom and a 5 MP lens for depth sensing. Though this is pretty much everything one would need for mobile photography, ironically, the picture quality isn’t the strong suit of this phone. The camera performance is average at best as quantity doesn’t add up to quality. If you can live with that, the phone does a good job with everything else. Hey, you can at least flaunt the four cameras. The design is quite attractive with a glass and metal body and the phone is 7.8 mm thin. The 6.3-inch Full HD+ Super AMOLED display is sharp and vivid and leaves little room for complaint. The phone is powered by the reliable Qualcomm Snapdragon 660 SoC and comes with 6 GB RAM and 128 GB storage that can be expanded further. The 3,800 mAh battery gets through the day comfortably. The phone now sells well under 30k and is a decent buy for the overall package, barring camera. In fact, it’s quite strange to see a Samsung smartphone let down by its camera. Well, hype is a double-edged sword! If you want a much better camera phone in this range, you might as well spend a couple of thousands more and pick a Galaxy S8 that now sells for 31k. You get a 4 GB RAM and 64 GB storage variant for that price but it’s still a formidable package.

Take away the extravagant camera setup of the Galaxy A9, replace it with robust 16 MP + 24 MP dual cameras and what you get is a Samsung Galaxy A8 Star. It is powered by the same Snapdragon 660 SoC and comes with 6 GB RAM and 64 GB storage (expandable). It also has the same, sharp 6.3-inch Super AMOLED Full HD+ display. What’s more, the A8 Star is 2 mm slimmer and a good Rs 5,000 cheaper. Both phones run Android Oreo. Four months ago, I wouldn’t have bothered looking up Samsung’s catalogue to find a decent phone in this budget. Most of the Samsung handsets in this segment back then were predominantly underpowered and overpriced. This has undergone a massive transformation in 2019. Credit to the competition or to the company for reacting strongly to it, but there are now a bunch of Samsung phones genuinely worth buying in this segment. Again, if you are looking for options beyond Samsung, here are our best phones under 20k.

One of the recent launches from Samsung, the Galaxy A50 (review) is a solid mid-range phone in terms of display, design, features and performance. You get one of the best displays in this budget with the 6.4-inch Full HD+ Super AMOLED screen with a tiny drop notch — or Infinity U display as the company likes to call it. It’s not just sharp but the colour accuracy is excellent too. The phone is powered by Samsung’s new mid-range Exynos 9610 SoC, which is comparable to a Snapdragon 660, and you get 4 GB RAM and 64 GB (expandable) storage. The 4,000 mAh battery easily gets you through a day of moderate usage. The Samsung Galaxy A50. Image: tech2

You get the latest Android Pie OS with Samsung’s new OneUI on top, which is a big improvement over its predecessor, Experience UI. The Galaxy A50 boasts of a triple-camera setup that includes a 25 MP primary sensor, an 8 MP ultra-wide lens and a 5 MP depth sensor. The ultra-wide lens on the phone offers a 123-degree field of view. The camera output is pretty good for the segment but it would be foolish to expect flagship S-series level performance in this budget. All things considered, the Galaxy A50 is a solid offering from Samsung under Rs 20,000.

I considered including the Galaxy A30 (review) in this list, and I would have too had there not been one Galaxy M30 from the same company that offers similar specifications for a couple of thousand Rupees less. However, the A30 comes with latest Android Pie OS with the newer OneUI and a slimmer design, making it a reasonable choice even for the price difference. If those things don’t matter to you, let’s move on. 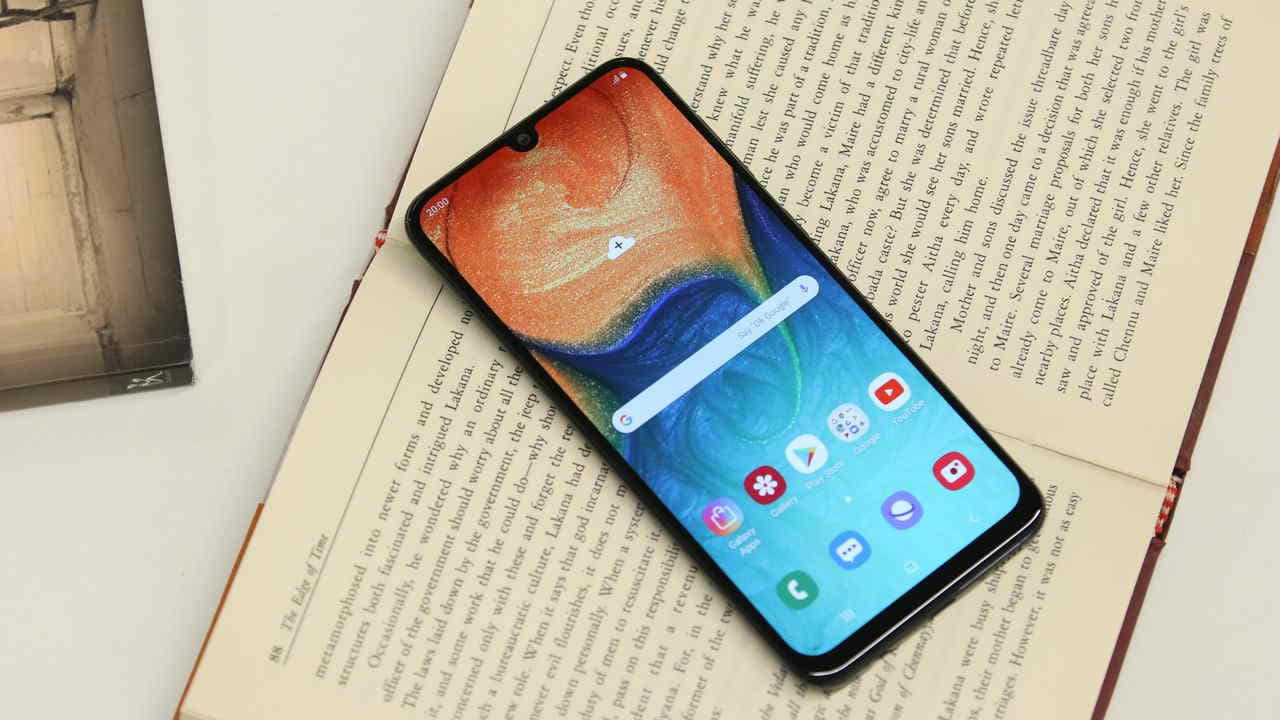 There are other great options too in the sub-15K budget beyond Samsung. You can find them here (yes, shameless self-plug)

The Samsung Galaxy M30 (review) is similar to the Galaxy A50 in many ways. This too has a best in class 6.4-inch Super AMOLED Full HD+ display with a drop notch, something extremely rare in sub-15k budget. Triple cameras are also present, with 13 MP + 5 MP (ultra-wide) + 5 MP sensors manning the photography department. The photos come out sharp in good lighting conditions and the low light performance is acceptable for this budget. The portrait shots are quite impressive too and so are the selfies clicked from its 16 MP front shooter. The display on the Galaxy M30 is certainly the best we've seen on a budget device. Image: tech2

The Samsung Galaxy M30 doesn’t have a similar processing muscle as on the phones above. It comes with a lower mid-range Exynos 7904 SoC which is comparable to a Qualcomm Snapdragon 636 or a Mediatek P60. It is accompanied by 4 GB RAM and 64 GB of internal storage that can be expanded further using a microSD card. Its 5,000 mAh battery is another talking point as it can last for two days of moderate usage. Lastly, like all M series phones currently, it runs Android Oreo 8.1 OS with Experience UI layer on top.

Replace the Super AMOLED display of the M30 with a 6.3-inch PLS TFT screen of the same resolution, the 16 MP selfie camera with an 8 MP, and drop the third camera at the rear and you get the Samsung Galaxy M20. This phone too is powered by the same Exynos 7904 SoC and has 4 GB RAM, 64 GB (expandable) storage and a 5,000 mAh battery. And lastly, it is Rs 2,000 cheaper. So if you are on a tighter budget, this is a good alternative to the Galaxy M30. 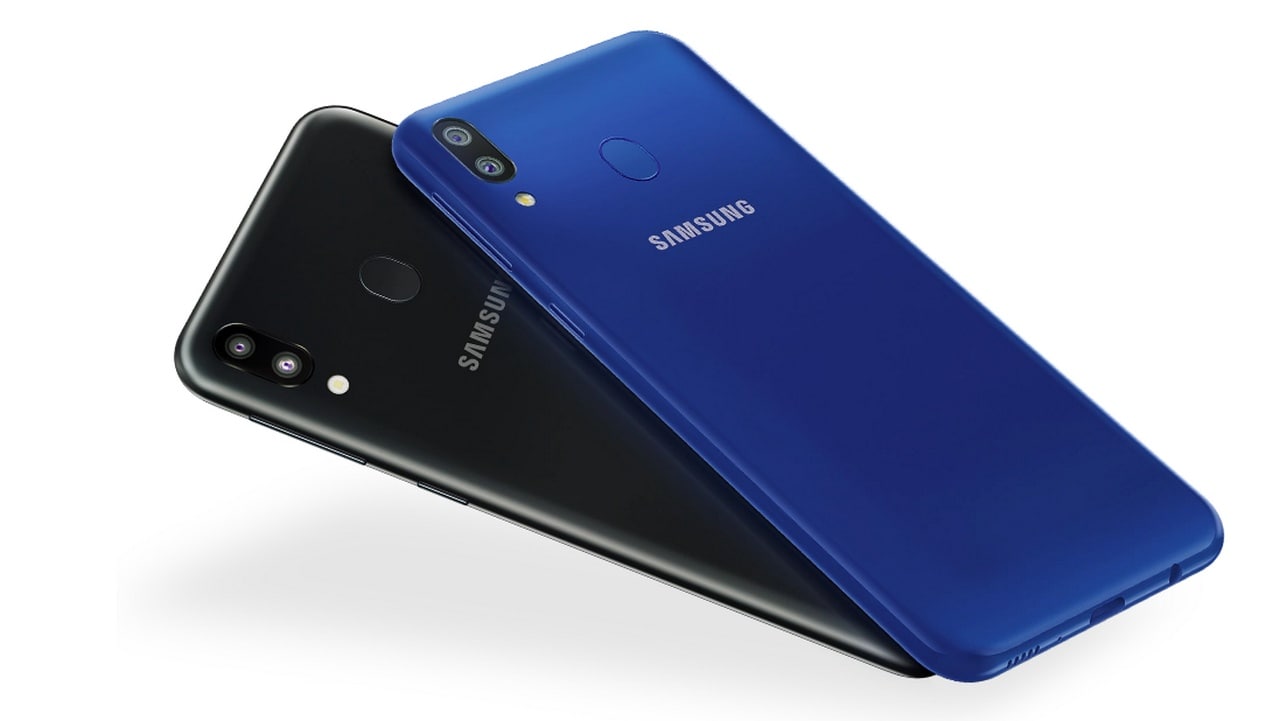 The Samsung Galaxy M10 is the best option from the company currently under Rs 10,000. Despite its aggressive price tag, it offers a 6.22-inch display with a drop notch, but with an HD+ resolution. You also get a 13 MP + 5 MP dual camera setup at the back and a 5 MP selfie camera up front. It is powered by an older Exynos 7870 octa-core chip which is perfectly acceptable for this segment. You get 3 GB RAM and 32 GB storage here that can be expanded to 512 GB with a microSD card. It's a more than decent package for the price considering the brand.

And of course, there are other good options too under Rs 10,000 that you can check out here. You saw that coming, didn’t you?