With three generations of Samsung flagship models to choose from, here are the top 5 models worth buying today.

Flagship phones excite one and all. Everybody desires to own one, but not everyone can afford them, especially at launch. Samsung is one company whose flagship range creates a massive buzz every year. While some people are early adopters and don’t care much about the price tag, others give budget and value for money a higher weight than bragging rights. Unlike some companies, Samsung doesn’t discontinue their older models in a hurry (looking at you, OnePlus), when their successor is launched. In a way, it’s a good thing as the price drops significantly for their older handsets while they are still more potent than a current lot of several upper mid-range phones. The flipside to that is there are at least three generations of Samsung flagship handsets currently available in the Indian market. That adds up to over a dozen models and variants making the choice tough.

Needless to say, not all of them are worth your money. Also, though the price has dropped for several models, the drop isn’t uniform and some of the last-gen models are priced too close to the newer ones to be tempting enough. So, let's see which of the current and previous flagship models are worth investing in at this point in time. Let’s start with the latest and move back in time.

Samsung launched three variants of the Galaxy S10 (Review) in India last month. We pick the mid variant without a suffix that offers the best of both worlds. The S10 is fairly compact yet an extremely powerful smartphone that features the top of the line Exynos 9820 SoC that can give a Snapdragon 845 a run for its money. Coupled with 8 GB of RAM and 128 GB internal storage, there is no room for complaints in the performance department. There’s also a sharp QHD+ Dynamic AMOLED Infinity-O (notchless) display with a pixel density of 550 PPI. Barring a hole for the front camera, it is one seamless screen. It also gets the triple camera setup found on the S10 Plus that comprises of a 12 MP wide, 12 MP telephoto and 16 MP ultra-wide lens that manage to capture some excellent images and videos as one expects from a Samsung flagship. You get features like 2X optical zoom, optical image stabilisation (OIS), dual-pixel PDAF, super slo-mo videos and more. All in all, it’s a solid flagship phone with all bases covered when it comes to design, features, and performance. And you save a good Rs 7,000 over its Plus variant despite getting most of its goodness here.

One thing that pleases me most about the Samsung Galaxy S10e (Review) is the return of the compact form factor in flagship phones. Hope it’s here to stay. If you like a compact phone with the finesse and power of the S10 and S10 Plus, S10e is just the phone for you. The overall specifications of this device are a lot more practical rather than extravagant. You get a sharp enough 5.8-inch Full HD+ screen with an impressive 438 PPI pixel density (anything above 400 is more than sufficient). It is powered by the same flagship Exynos 9820 SoC with 6 GB RAM and 128 GB internal storage. Camera department sees a bit of a hit with dual cameras doing duty here instead of three seen on its elder siblings. Samsung has opted to exclude the telephoto lens and hence, you don’t get 2X optical zoom on this handset. But you still get a 12 MP wide-angle lens with optical image stabilisation along with the 16 MP ultra-wide lens that do an excellent job in most lighting conditions. With a price tag that is Rs 11,000 lower, not many may complain about the missing third lens. Also, with fewer screen pixels to crunch its 3100 mAh battery seems to last longer. Like other phones in this series, the Samsung Galaxy S10e is IP68 rated dust and water-resistance too.

If you find the Samsung Galaxy S10e screen a bit too small for your liking and want a bigger screen in the same budget, stepping back a generation may not be a bad idea at all. The Samsung Galaxy S9 Plus (Review) sells for exactly the same price as the S10e and offers a 6.2-inch higher resolution QHD+ Super AMOLED display. It is powered by Samsung’s previous flagship Exynos 9810 SoC which is still fast enough for any task. This too has 6 GB RAM and 128 GB internal storage. 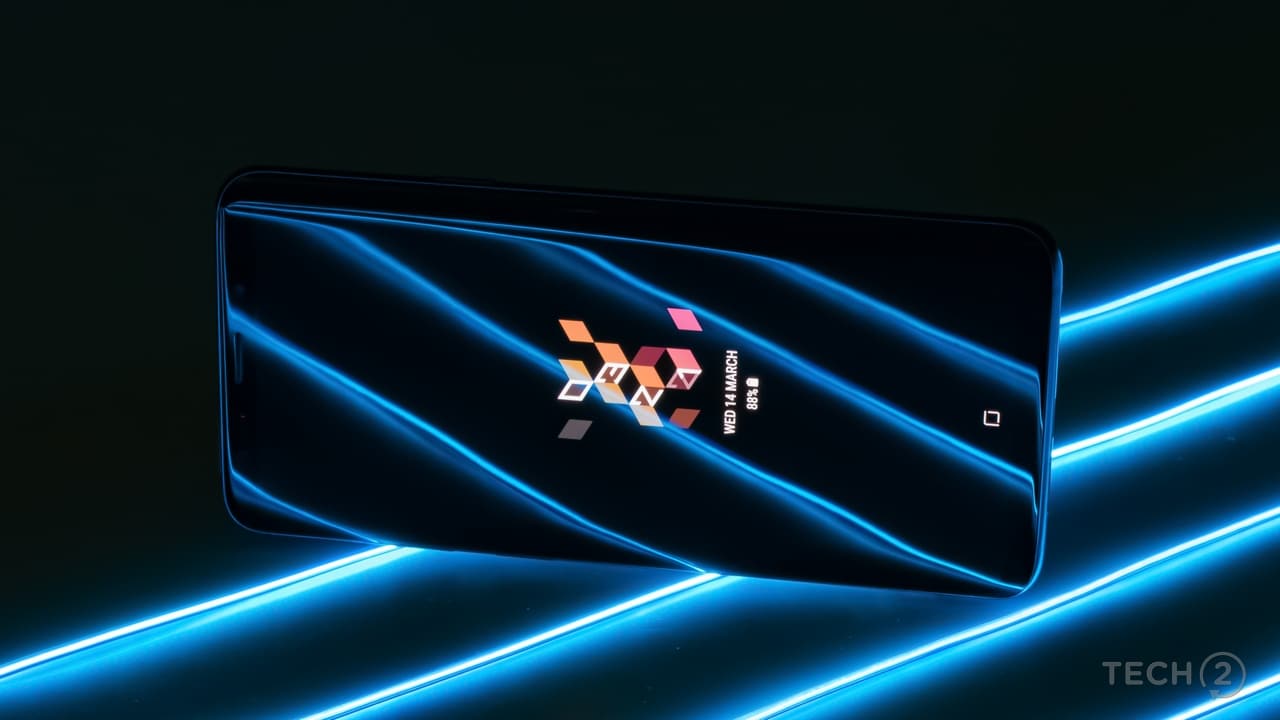 Samsung's Always on Display on the Samsung Galaxy S9 Plus. Image: Tech2/Rehan Hooda

The 12 MP + 12 MP dual rear cameras with variable aperture system do an excellent job and you do get 2X optical zoom here along with OIS. You get an option to shoot super slow motion HD videos, just like the two phones above. Lastly, the Samsung Galaxy S9 Plus flaunts IP68 certification too. The phone has seen more than a Rs 10,000 drop in the past few months and is a pretty good buy for what it offers.

Samsung Galaxy Note 8 (Review) is a timeless handset. It is a perfect all-round phone with an Exynos 8895 SoC, excellent 6.3-inch Super AMOLED QHD+ display, IP68 rating and last but not the least, brilliant 12 MP + 12 MP dual rear cameras with optical image stabilisation and 2X optical zoom. The camera performance is comparable to some of the top camera phones that you currently get. And let’s not forget the S Pen that’s more than useful beyond scribbling on the phone screen. 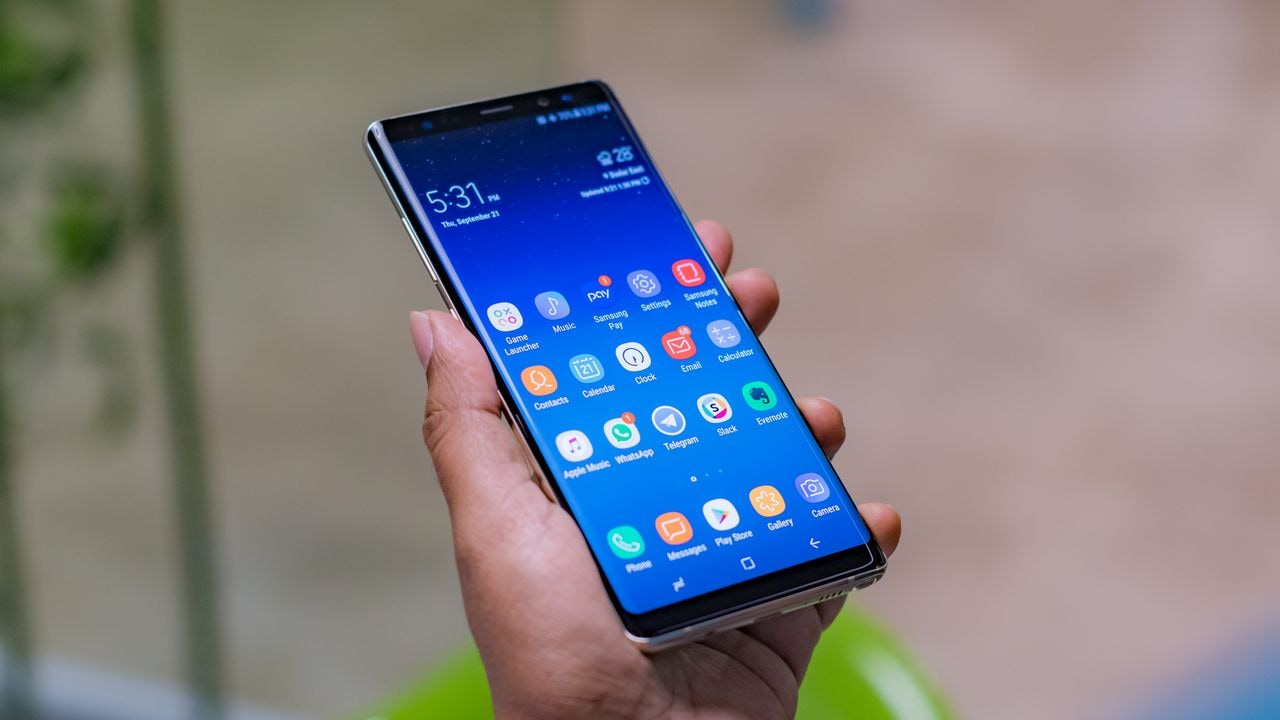 Despite being a couple of generations old, the Samsung Galaxy Note 8 can compete well with any of the newer flagships on most fronts. The launch price of the phone was in the higher 60K range but its 6 GB RAM and 64 GB storage variant can now be purchased well under Rs 40,000 which makes it a great buy even today. The storage can be expanded further by 512 GB using a microSD card. This, for me, offers the best price to performance ratio. Pick one while the stocks last.

Samsung’s 2017 flagship now sells close to the 30K mark and just like the Note 8, it can hold its own against most of the phones in that price bracket. Samsung Galaxy S8’s (Review) design is still among the best around and so is its 12 MP rear camera that delivers in all conditions and can shoot 4K videos at 30 fps and 720p slow-motion videos at 240 fps. For those who like compact phones, this is another good option that is significantly cheaper than the S10e. It feels good to hold and the sharp 5.8-inch QHD+ Super AMOLED infinity display is a thing of beauty. The Exynos 8895 that powers the Galaxy Note 8 can be found here too and has enough left in the tank for most tasks. 4 GB RAM is a bit on the lower side as per today’s standards but acceptable for its price. The 64 GB internal storage can be expanded further by 256 GB using a microSD card. Yes, it has IP68 certification too.