Our Constitution entrusts a Member of Parliament with certain functions. As a legislator, it is an MP's duty to discuss and deliberate on issues of national importance; and participate in lawmaking by debating bills. The Anti-Defection Law undermines their capacity to be an effective legislator.

The law amended the Constitution to lay out the process of disqualifying a legislator on grounds of defection. The decision of this disqualification is taken by the Presiding Officer of the House of Parliament of state legislatures. If a complaint is received with respect to the defection of the Chairman or Speaker, a member of the House elected by that House shall take the decision.

In a deliberative democracy, debate and discussion are key to framing strong laws. Debates on the floor of the House are an opportunity for legislators to raise their concerns and voice their opinions on an issue. It is expected that in this capacity he must be able to determine public interest and contribute to the lawmaking process. By weighing upon various factors he should determine his position on an issue and form an informed opinion. These factors could be a combination of his ideologies, voters' preferences and his political affiliation.

As per the law, a legislator could be disqualified if he votes against or abstains from voting, contrary to his party's direction. This means that if a legislator defies the party whip on any issue he is deemed to have defected and will lose his membership to the House. A whip can be issued to all votes on bills, motions and resolutions. The Law does not provide sufficient incentive for an MP or MLA to examine an issue in depth and think through it to participate in the debate. With the issuance of a whip, a member of the legislature is in effect reduced to a mere voting number in House. He will finally have to obey the position determined by his party leadership. A free exchange of ideas, debate and dissent within political parties is curtailed. We have often seen Members of Parliament opposing a bill on the floor of the House during their speech, but falling in line to vote according to the party whip.

Further, with such a law in place, there is no need or incentive for ministers piloting a proposal to individually reach out to legislators and persuade them about the merits of a legislation or a policy move. When a government has a majority in the House, a minister can push through any policy or bill by issuing a whip without bipartisan support. Even if there is a need for bipartisan support, consensus building in such a case becomes an exercise limited to reaching out to the selected few leaders of other political parties.

In most developed democracies, lawmaking is a much more inclusive process. Ministers have to work hard to negotiate and convince legislators to support their proposal. For example, the United Kingdom does not have an Anti-Defection Law. In December 2017, the British prime minister Theresa May lost a key vote on EU Withdrawal Bill related to Brexit. The prime minister lost by a close margin of 309-305 votes to an amendment tabled by a member of her own party.

After being voted to office, the elected representative is accountable to his voters. He is held accountable by his constituents for his decisions and actions during his re-election bid for the next term. The Anti-Defection Law weakens this accountability as all his actions and decisions can simply be justified on the grounds of following party diktat. It breaks the link between the elected legislator and his electors.

In sharp contrast, in other democracies, the individual candidate's position on issues, and past legislative voting patterns have to be justified to the voters and are central to electoral campaign and debate. For instance, there have been several instances during Congressional elections when the individual voting information of a member has been used to analyse their record as a legislator. 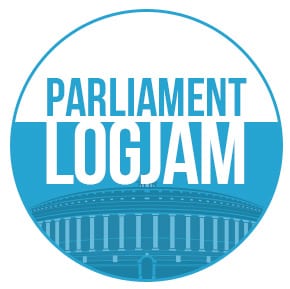 It has not been able to prevent defections. In September 2016, the Arunachal Pradesh chief minister Pema Khandu, along with 43 MLAs defected from the Congress Party to join People's Party of Arunachal. There have been similar instances of defections in the states of Goa, Uttarakhand, Andhra Pradesh, Manipur, Nagaland and Telangana in recent years.

Going forward, one of the immediate reforms needed to strengthen our legislature is to limit the Anti-Defection Law to votes which affect the stability of a government. These would include votes on No-Confidence Motions or Money Bills. A balance between ensuring party discipline and maintaining government stability on one hand; and empowering our legislators to exercise their judgement and vote as per their conscience, on the other, must be determined. This would be a starting point to a larger public debate about the need at all for such a law.

The author is a Program Officer at PRS Legislative Research and handles media and civic engagement.