After first FIR in National Herald land deal in Panchkula in 2016, ED set to take possession of AJL land worth Rs 64 cr

The National Herald case's FIR, which reads like a synopsis of Firstpost's December expose translated in Hindi, alleges abuse of power in land allocation. Raja sold licenses/2G spectrum to a handful of arbitrarily selected (120 out of 575) companies in January 2008 at a bargain basement 2001 price. In doing so, he not only violated the law, committed several improprieties, but caused a loss to the exchequer of at least Rs 40,000 crore. 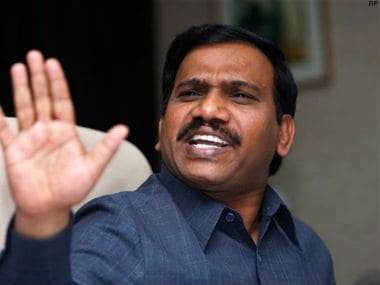 While trying to defend itself, the UPA government often used to say back then that they just followed the first-come-first-served (FCFS) policy set by the Atal Bihari Vajpaee government in 2003. 2G scam judgment: Reporter who broke scam explains how A Raja pulled it off as Manmohan blinked Prevention of Corruption Act: Watered down version will make scamsters look like saints

The government's decision to allow the Prevention of Corruption Bill, a ludicrously watered down version, casts a shadow on its real intent and long term vision on reigning in corruption Delhi government officials say there is no question of the Central government paralysing the administration since there are many equally, if not more talented, IAS officials who have moved to Delhi from Andaman but are sitting idle for want of Kejriwal giving them a posting.

The Congress has played out its hand with Robert Vadra and former Haryana Chief Minister B. S Hooda using the impending Justice SN Dhingra Commission report to present themselves and the Congress Party, as victims of persecution and vendetta. The Congress’ three-pronged attack includes playing political victim, alleging the constitution of the Commission to be illegal while additionally going so far as to accuse Justice Dhingra himself of seeking and becoming a beneficiary of the states’ largesse. The report of the Special Investigation Team of the Haryana government submitted in the Punjab and Haryana High Court on the alleged gang rapes in Murthal presents no evidence to suggest any instances of sexual violence was perpetrated during the violent quota agitation. 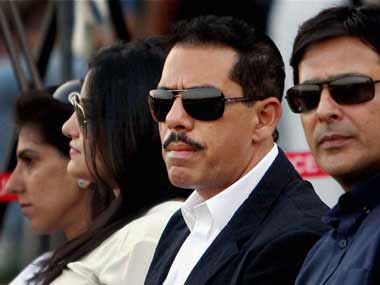 Robert Vadra matters to Congress, but why is BJP gentle with him?

Indicative of his clout, Robert Vadra continues to roam free in 2016, undaunted by the “powerful”, Narendra Modi-led NDA regime, which has forced even corporate bigwigs like Vijay Mallya and Lalit Modi to flee the country in order to avoid investigation and possible incarceration. 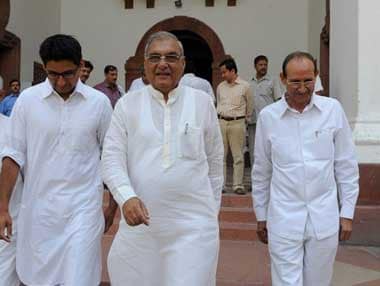 A landmark Supreme Court judgement has given huge relief to farmers/landowners, while quashing the “illegal” and “deceptive” licensing of 280 acres of land in Rohtak, Haryana in 2006 to Uddar Gaggan Properties Ltd, and turning these over to HUDA. The black money law is distressingly myopic about two key players in the generation of black money, especially those parked overseas — the taxman (assessing officer/AO) and the tax consultants (charted accountants) The reason for this pessimism is on account of the fact that, just like in the allocation of coal blocks, the CBI investigation is proceeding in a highly selective manner. Haryana government passes reservation bill in Vidhan Sabha: Here's what's in it for the Jats Rohtak becoming a special target during the violent Jat agitation is curious, as both Hooda and Khattar belong to Rohtak The Haryana government, represented by two of its top officials, is likely to present two affidavits — including one on the Murthal gangrapes — along with a detailed police report in the Punjab and Haryana High Court on Monday.

SP Sonepat, has taken pains to submit a detailed report to DGP, Haryana on the alleged gang-rape of at least 10 women by goons in Murthal. The move follows an expose first on Twitter on 20 February, 2016, and through a Firstpost article pointing to Hooda’s role in the Jat quota stir.