The Vivo V9 comes with an iPhone X like notch on the top of the display and 16 MP+5 MP dual-camera setup aligned vertically on the rear side.

Chinese smartphone manufacturer Vivo has finally launched its brand-new Vivo V9 smartphone in the Philippines. The company on 19 March launched the Vivo X21, which is the more powerful version of the Vivo V9. The Vivo V9 will be launched on 23 March in India after the company preponed the event from the earlier 27 March launch date. 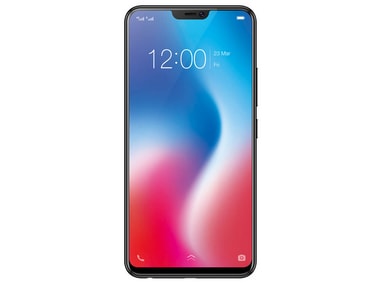 As reported earlier the smartphone comes with an iPhone X-like notch at the top of the display and 16 MP+5 MP dual-camera setup aligned vertically on the rear side of the device. It has a 24 MP selfie camera that comes with features like AI Face Beauty Natural Light, Studio Light, and Monochrome background which the Vivo claims makes selfie photography a better experience on its smartphone. Another feature that uses AI and the front camera is face unlock allows the users to unlock the smartphone by simply looking at their smartphone.

The Vivo V9 features a 6.3-inch FHD+ display and is powered by a 3,260 mAh battery. The smartphone comes with Micro-USB port for charging and runs on Snapdragon 626 SoC with its CPU clocked at 2.2 GHz. It packs 4 GB of RAM and 64 GB of internal storage. The internal storage can be expanded using an external microSD card. The smartphone will come with Android 8.1 Oreo and has been launched in gold and black variants for the Philippines.

GizmoChina  reports that the selfie-smartphone will be launched in countries where the company has launched the previous versions of the V series of smartphones, so it's clear that India falls on that list.

Vivo X21 and X21 UD were unveiled in China on 20 March. The X21 UD variant comes with under-display fingerprint scanner, the X21 has fingerprint placed on the back of the smartphone. Vivo is the first smartphone brand to bring the under-display fingerprint scanner feature to the market. The Vivo X21 starts from CNY 2,898 (approx Rs 29,000), while the X21 UD is priced at CNY 3,598 (approx Rs 36,000) in China. Vivo X21 comes with 3 GB RAM/64 GB storage and 6 GB RAM/128 GB storage variant, while the X21 UD only comes with 6 GB RAM/128 GB option. There are no details on weather the premium smartphone will be launched in India.