The big change to the 2021 Fortuner is under the hood through - an uprated 2.8l turbo-diesel engine that churns out 204PS of power and 500Nm torque.

Toyota has revealed the 2021 Fortuner SUV with a host of cosmetic updates, new equipment in the cabin, and a more powerful engine under the hood. As is instantly evident with the design, the Fortuner now wears a sharper style that comes courtesy of the new headlights, which also integrate a four-pot LED setup. There is more Lexus resemblance in the fascia with very spindle-grille like treatment - but this is exclusive to the range-topping Legender trim. There are a string of daytime running lamps sitting lower in the bumpers.

The lower trims get a more sober face, which trades in the current two-slat grille for a new mesh pattern. The lower trims also feature different headlights that have a single projector beam and a new LED signature. The tail has been revised significantly too and looks sportier than the outgoing car. 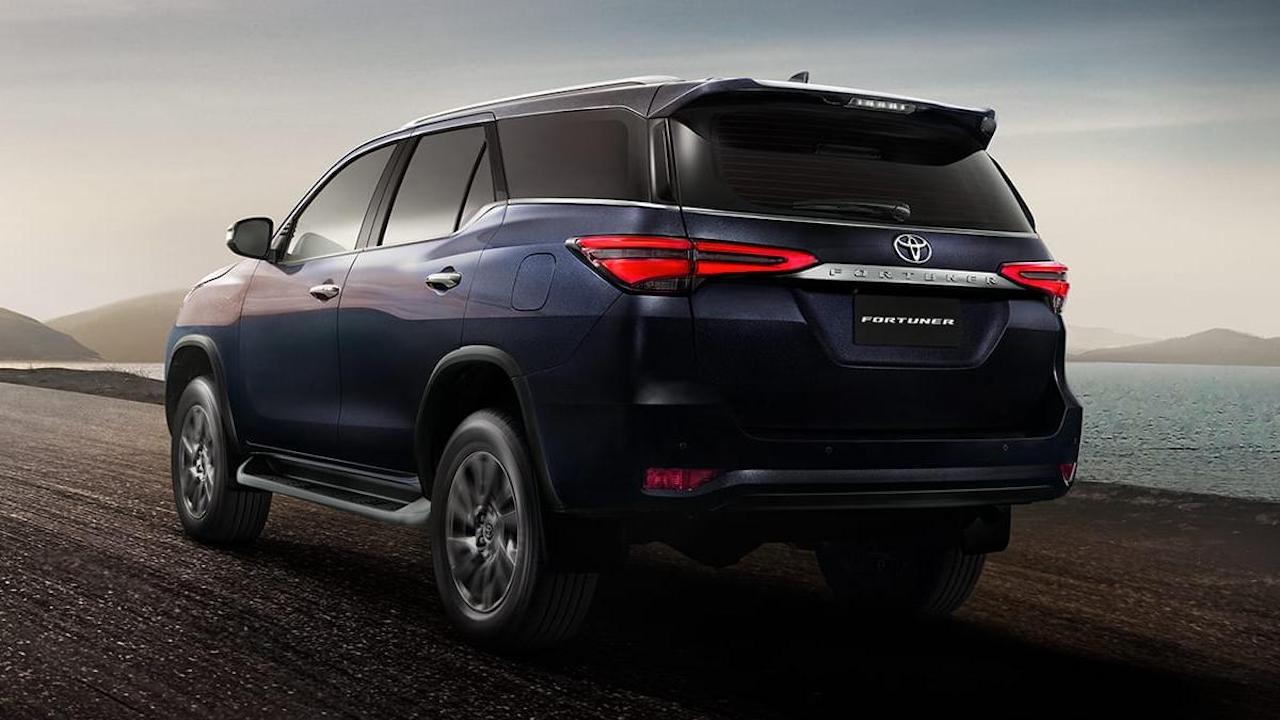 The cabin of the lower trims receives a new and larger 8.0-inch touchscreen infotainment system which is compatible with wired Apple CarPlay and Android Auto. The Legender gets similar infotainment updates too, albeit with a larger 9.0-inch screen. Toyota has also thrown in a 360-degree camera, a 9-speaker JBL audio unit, LED ambient lighting and revised instrumentation. The cabin is secured with up to seven airbags and the Toyota Safety Sense with ADAS features like automated braking at slow-speeds/collision prevention system, lane departure warning and radar-guided cruise control now make its way to the Fortuner. It will be interesting to how many of these new features come to the Indian update. Fortuner now wears a sharper style that comes courtesy of the new headlights, which also integrate a four-pot LED setup.

The big change to the 2021 Fortuner is under the hood through - an uprated 2.8l turbo-diesel engine that churns out 204PS of power and 500Nm torque. Toyota claims that despite the upgraded power, the engine delivers better fuel economy and cleaner emissions than its outgoing counterpart. India, however, could continue to receive the current engine in its new BSVI tune. As for the rest of the updates, we expect them to arrive in India early next year at hihger prices than the current model.

All new 2016 Toyota Fortuner spotted in Thailand sans any camouflage