Samsung's M-series smartphones have been rumoured for a few weeks now. We have come across rumours about their Infinity-V displays, chipsets and RAM configurations. However, there was no official word to it. Until now.

Samsung has recently confirmed that it will be launching its India-first budget M-series of smartphones on 28 January. Samsung India also revealed that the new M-series of phones will be exclusively sold on Amazon India and Samsung's own website.

While the company hasn't officially revealed what these smartphones will be called, all rumours till now suggest that Samsung will launch three new smartphones – the Galaxy M10, Galaxy M20, and Galaxy M30.

A recent Reuters report also suggests the launch of three new smartphones under this series in January. The same report also quotes the head of Samsung’s Indian mobile business, Asim Warsi, saying that the M-series will be priced from less than Rs 10,000 to up to Rs 20,000, and will carry chunkier batteries and features such as quick charging. Besides that, from what we know so far, the Galaxy M-series will be a budget lineup and will look to challenge the likes of Xiaomi in India. However, after an India-first debut in the country, the series is also expected to sell in other markets.

It is also said that the new Galaxy M series will be manufactured in Samsung's huge factory at Noida, India.

Some reports also claim that the new M-series from Samsung would likely be replacing the mid-range Galaxy J-series and On-series smartphone lineup, while others say that the series is expected to be priced higher than the company's Galaxy On series.

In addition to that, late last month a report also suggested that the M-series of smartphones will come with an Infinity-V display. Infinity-V is essentially a display with a notch that looks quite similar to the waterdrop notch, but it has more pronounced, straight lines. A similar notch has been seen on the likes of OnePlus 6T, Realme 2 Pro and others.

Besides this, some specifications and features about the Galaxy M10, M20 and M30 have also been leaked so far. Here's all that we know.

Last year, a new device with the model name SM-M105F (believed to be the Galaxy M10) surfaced on Geekbench, according to which, the purported Galaxy M10 may feature an Exynos 7885 SoC coupled with 3 GB of RAM. The device will apparently run Android 8.1 Oreo out-of-the-box.

In terms of optics, the chipset supports up to dual 16 MP + 16 MP cameras, which can be featured on either the front or the back. In addition to that, the report also pointed out that the smartphone could come with LTE, 802.11ac, Wi-Fi and Bluetooth 5.0.

Coming to the Galaxy M20, the smartphone is rumoured to come with the Exynos 7885 mid-range SoC as well, but will be backed by 3 GB of RAM. It is said to have 32 GB internal storage. Also, the report claimed that the Galaxy M20 will be fuelled by a 5,000 mAh battery. 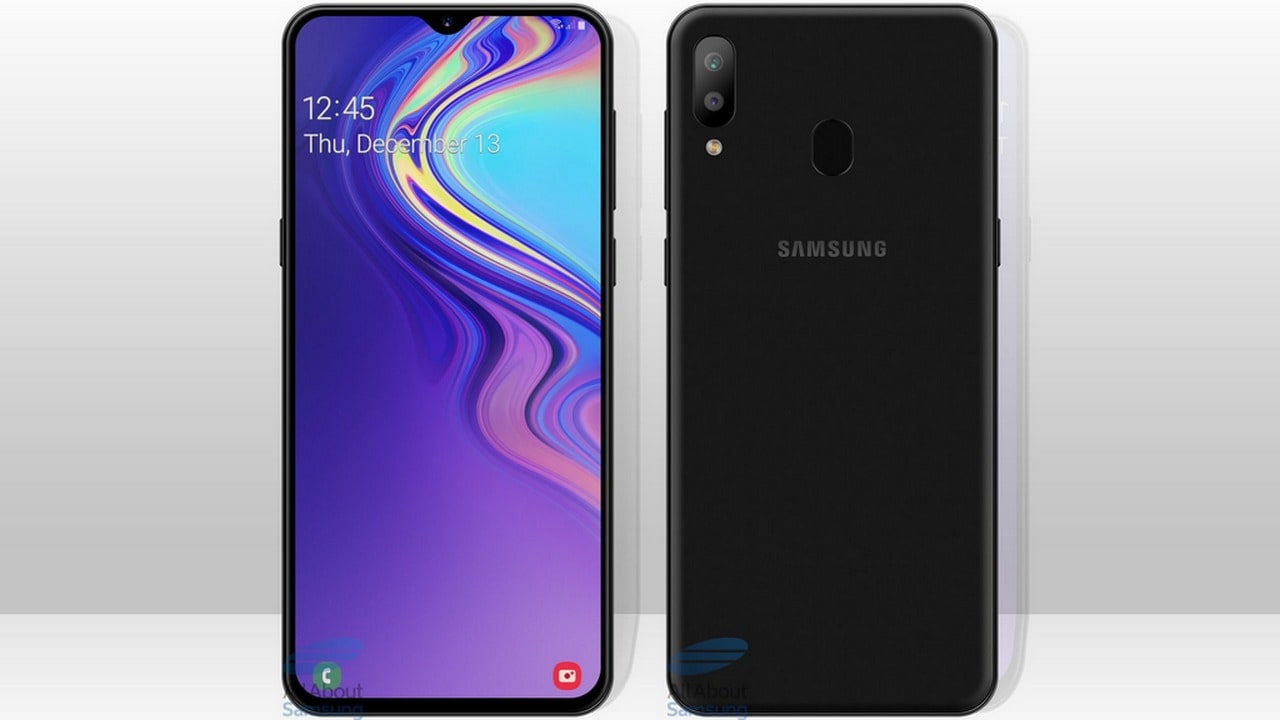 Finally, there have also been specification leaks about the Galaxy M30, which is rumoured to feature the Exynos 7885 SoC as well, but with 4 GB of RAM, and Android Oreo 8.1 onboard. The phone will apparently come in 64 GB and 128 GB storage variants.

Besides the Galaxy M10, M20 and the M30, there are also rumours about the Galaxy M50, but there are little details about it, suggesting that its launch could be pushed to a later date.