A new device with the model name SM-M205F has surfaced online on Geekbench and it is most likely Samsung’s upcoming Galaxy M series device, the Galaxy M2.

Samsung is apparently working on a couple of smartphones in the M series, which are expected to be priced higher than the company's Galaxy On series. A report from September did say that the Galaxy On-series could be renamed as Galaxy M, however.

Specifications revealed are very basic. According to the listing, the device features an Exynos 7885 SoC coupled with 3 GB of RAM. The device is running Android 8.1 Oreo. 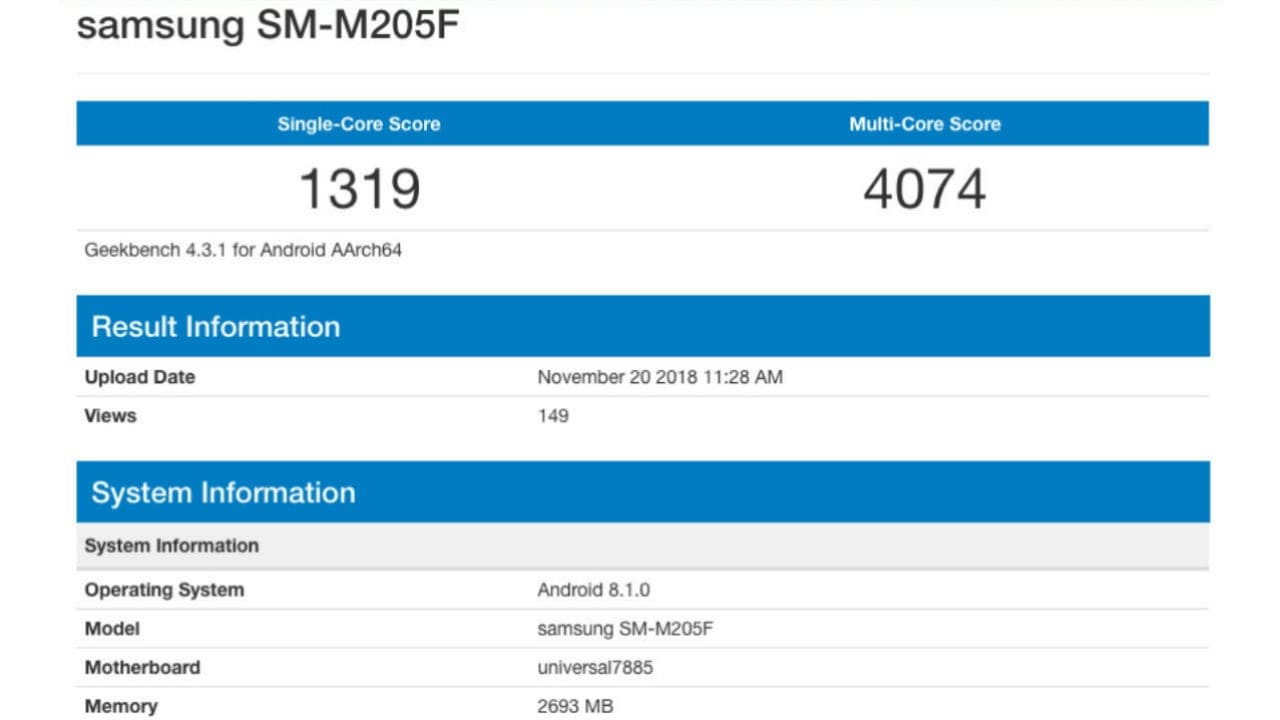 It also reveals that the new smartphone in the Glaaxy M series gets a single-core score of 1,319 points and a multi-core score of 4,074 points. From this, we can deduce that the chip is almost at par with smartphones like the Xiaomi Mi A2 and Vivo X21 which feature a Qualcomm Snapdragon 660.

In terms of optics, the chipset provides an option for dual 16 MP + 16 MP cameras which can be featured on either the front or back. Coming to connectivity, the processor offers support for LTE, 802.11ac Wi-Fi and Bluetooth 5.0.

Samsung planning to consolidate its J, On, and C series under new Galaxy M lineup