A new device with the model name SM-M105F has surfaced online on Geekbench and it is most likely Samsung’s upcoming Galaxy M series device, the Galaxy M10.

Samsung is apparently working on a couple of smartphones in the M series, which are expected to be priced higher than the company's Galaxy On series. A report from September did say that the Galaxy On-series could be renamed as Galaxy M, however. The other device in the range is the Galaxy M2.

Specifications revealed are very basic. According to the listing, the device features an Exynos 7885 SoC coupled with 3 GB of RAM. The device is running Android 8.1 Oreo. 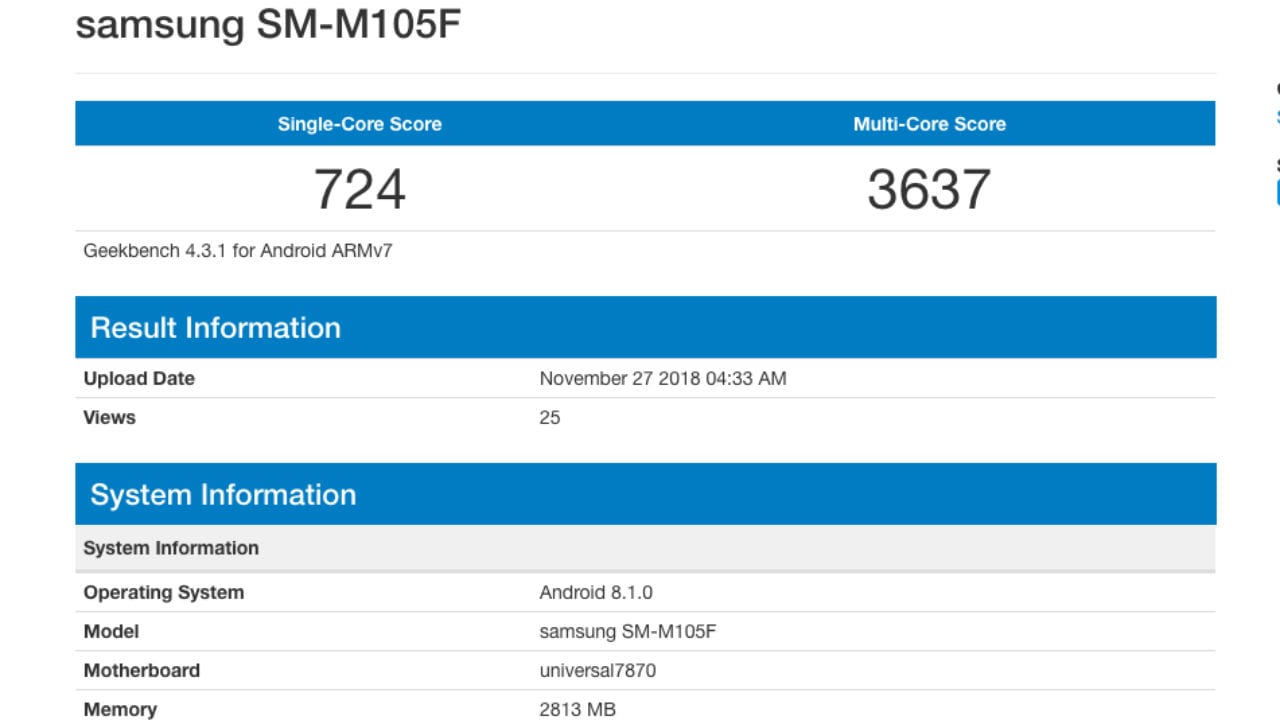 It also reveals that the new smartphone in the Galaxy M series gets a single-core score of 724 points and a multi-core score of 3,637 points.

In terms of optics, the chipset provides an option for dual 16 MP + 16 MP cameras which can be featured on either the front or back. Coming to connectivity, the processor offers support for LTE, 802.11ac Wi-Fi and Bluetooth 5.0.