The model number of the device, SM-N96OU, is the variant of the Note 9 which will be sold in North America.

Now that Samsung has launched its first flagship of 2018, the Galaxy S9/S9+, the focus is shifting to the upcoming flagship — the Note 9. And rumours about it have already started floating online. A device which is quite resembling of the Note 9 has appeared on the Geekbench database. 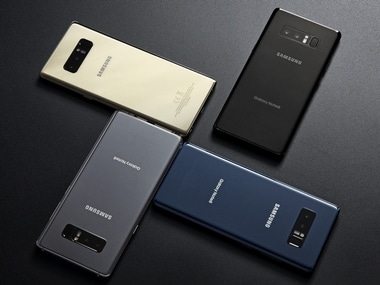 The model number of the device, SM-N96OU, is most likely the variant of the Note 9 which will be sold in North America. As seen in the benchmarks, unsurprisingly the Note 9 will feature the Qualcomm Snapdragon 845 SoC which was first introduced in the S9 phones. Onboard memory for the SM-N96OU seems to be the same 6 GB as seen on the Note 8. 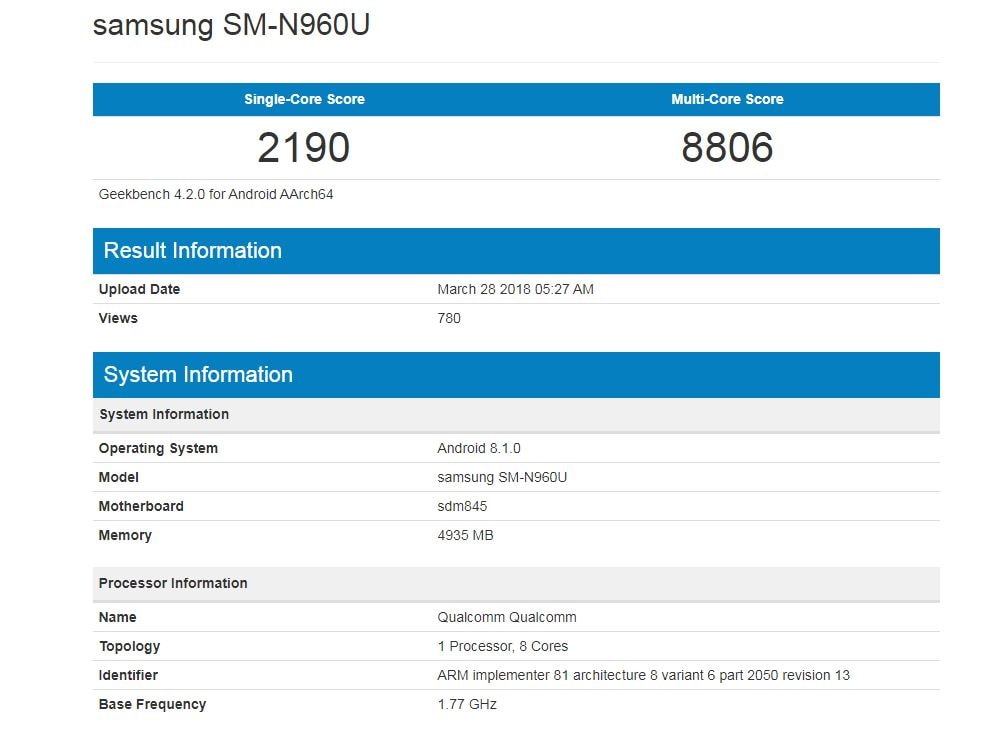 As far as the Geekbench score goes, the phone has a single core score of 2190 and a multi-core score of 8806.

Apart from this, the Note 9 had earlier apparently also been spotted on HTML5test website which is a web application for evaluating a web browser's accuracy in implementing the HTML 5 web standards. The test also showed the aspect ratio of the device which was slightly more than 18:9.

We shall keep you updated on the latest news of the Note 9 as it appears.