OnePlus Music Festival to be held on 16 November in Mumbai, early access for tickets now open

The upcoming music festival is expected to host several international as well as local music artists.

Chinese smartphone manufacturer OnePlus is hosting a music festival in India on November and the dates have now been revealed. The festival will be hosted on 16 November at the DY Patil Stadium in Navi Mumbai. 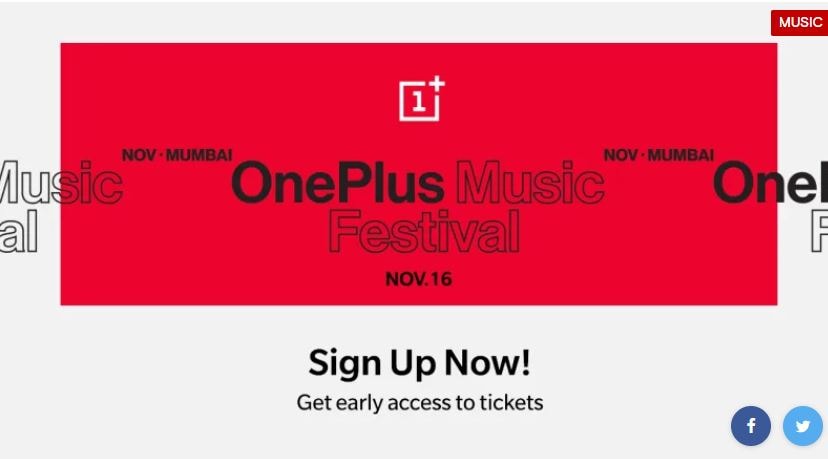 The company had earlier teased a short video on YouTube and Twitter announcing the upcoming event. You can also see a dedicated microsite called "OnePlus Music Festival". This is the first time that the brand is hosting a music festival. The company is expected to announce the names of featuring artists soon on the website.

OnePlus has been trying multiple ways to appeal to its community. One way of doing that is by releasing special edition variants of its smartphones such as the Avengers edition OnePlus 6 or roping Iron Man himself to promote the OnePlus 7 series. The company recently launched its flagship smartphone OnePlus 7 Pro (Review) in India.

We are also hearing rumours of the OnePlus 7T series launch. An unverified tipster on Twitter going by the name Max J had shared a caption titled "1+" along with an image of a device. It has the words "Oct 15" written on either side of the device. It was believed that the launch of the next OnePlus device was scheduled for 15 October. However, the tipster has now suggested that the launch of the device will be on 26 September in India, while it will go sale from 15 October.