OnePlus 5T Star Wars Limited Edition does not bring anything new when it comes to the internals, but is more of a cosmetic upgrade to the standard model instead.

Chinese smartphone maker OnePlus has finally launched a new variant of the OnePlus 5T called the OnePlus 5T Star Wars Limited Edition in India. The smartphone is priced at Rs 38,999 and comes in one storage variant which is the 8 GB RAM and 128 GB option. The device will go on sale on 14 December at midnight at the OnePlus Store (online) and on Amazon India. OnePlus 5T Star Wars Limited Edition does not bring anything new when it comes to the internals, but is more of a cosmetic upgrade to the standard model instead.

It's kind of hard to notice that anything has changed, until you see that blood red, alert slider popping out on the left side. All around the display is the polished metal edge that unlike the OnePlus 5T exposes the metal below without any colouring, making it shine brilliantly. The white coating on the metal back is inspired by a mineral planet Crait (from the Star Wars universe).

Flip the phone on its back and here is where the stark differences appear. The phone's back cover skips on the lead black colouring on the standard OnePlus 5T and goes with a bright white coating that at first glance appears to be a replication of the stormtrooper uniform (or suit). It's anything but that. 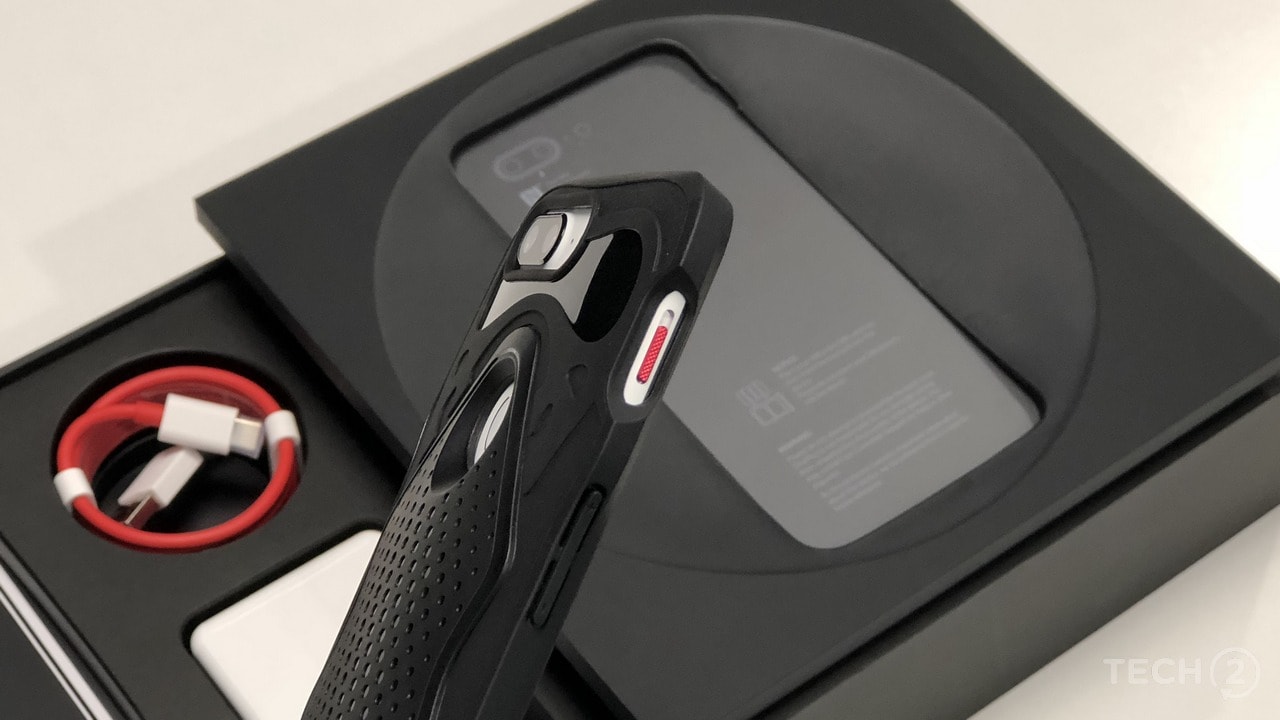 The blood red Alert Slider is inspired by the soil on planet Crait and goes with the theme of the Star Wars movie.

According to OnePlus, the Star Wars Limited Edition's back, is inspired by the mineral planet Crait from Star Wars: The Last Jedi.

The planet belongs to the fictional Star Wars universe, one that is revealed to have a thin layer of white salt, that can easily be blown away to reveal the blood red soil below it. So if a spacecraft happens to pass over it, it appears as if the red dust is exploding out of the spacecraft because the landscape is covered white salt. The Crait-inspired white coating on the OnePlus 5T Star Wars Limited Edition also pulls off a similar trick. It covers up the antenna bands, that seem to be present on almost every flagship we have these days including the OnePlus 5T.

The coating feels slightly rough although nowhere close to the sandstone finish that OnePlus used in the past. But it certainly feels different and more premium than the standard 5T model.

At the bottom end of the coated metal back is the Star Wars logo painted in red.

As for the rest of the innards, they remain the same. 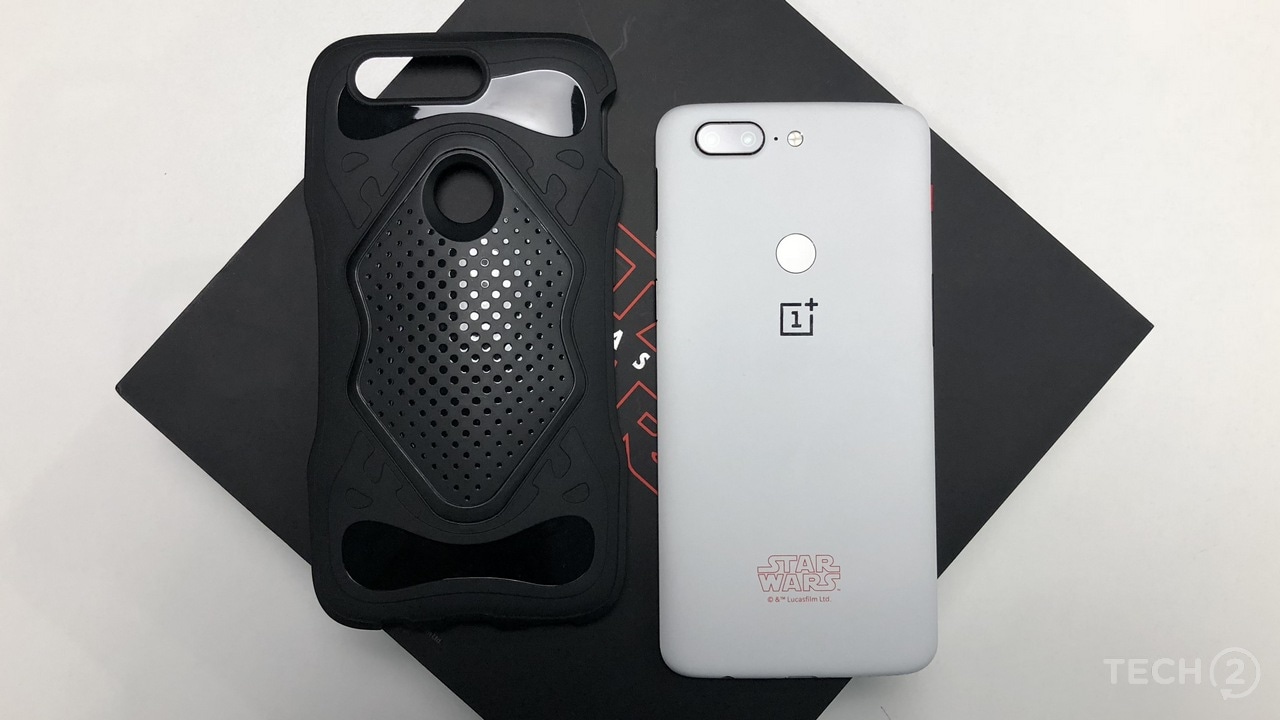 You get a Qualcomm Snapdragon 835 SoC with 8 GB RAM and 128 GB of internal storage. There's a 16 MP + 20 MP camera setup at the rear, which is identical to the unit on the OnePlus 5T, so you can check out my full review of the OnePlus 5T for the quality and performance of the same. The front-facing camera is the usual 16 MP unit. Nothing much on the software side apart from a few wallpapers.

The battery is also the same as on the OnePlus 5T, which means that you will get a more than a day out of the 3,300 mAh unit.

On the software side of things, you get a new red accent colour under themes that is identical to the red theme used all over the new Star Wars flick. There are some exclusive Star Wars: The Last Jedi wallpapers thrown in as well but no Star Wars icons in sight (which would have been a lot cooler). 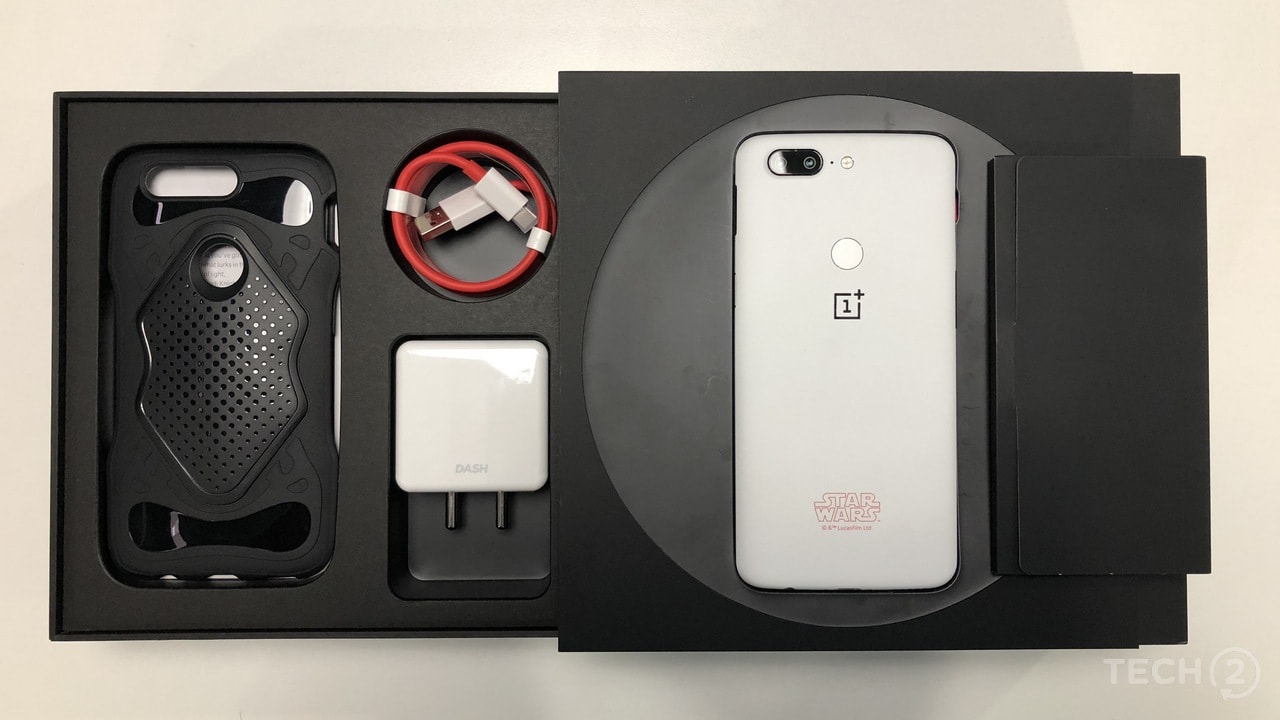 If you are a Star Wars fan, this will be worth your money.

At the end of it all, the OnePlus 5T Star Wars Limited Edition will appeal to not just Star Wars fans, but also the casual customer as it stands out thanks to its fresh, new colour scheme. As for everyone else, the Rs 32,999 OnePlus 5T in Midnight Black will see a broader appeal as I have mentioned in my complete review.