Mysterious Xiaomi phone to launch as Flipkart exclusive on 14 February, leaks suggest that it's the Note 5

Xiaomi’s Redmi Note 5 is going to launch on 14 February in New Delhi at 12 pm.

Tagged ‘give me 5’, Xiaomi’s Redmi Note 5 is going to launch on 14 February in New Delhi at 12 pm. It is going to be a Flipkart exclusive sale. 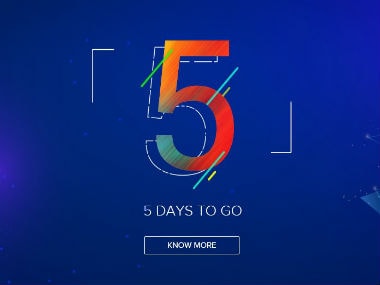 Flipkart and Mi India have already put advertising banners about the launch. However, despite the banners, it is not clear whether there will be more phones launched.

According to Flipkart, the new smartphone would have an 18:9 aspect ratio display. It also claims to have a higher pixel density.

Previous reports suggested that the smartphone was expected to come with a 5.9-inch bezel-less screen with an 18:9 aspect ratio. The aspect ratio display is now confirmed. Apart from that, it is supposed to be packed with Qualcomm Snapdragon 636 SoC along with a 4 GB RAM.

It is expected to come with a 64 GB internal storage.

Thanks @gauravkapur. Looks like everyone is excited about @XiaomiIndia’s all-rounder that’s a 5/5. Tune in to Flipkart on 14th Feb, 12 noon to find out who it is. #WhoIsTheAllRounder https://t.co/KO6jyUWq46 pic.twitter.com/z5bDbJIH6n

Camera wise, the phone is expected to come with a 16 MP+5 MP dual camera setup at the rear and 8 MP camera in the front.

Recently, a report speculated that the name of the phone to be launched would be Redmi Note 5.