Motorola confirms that Moto X4 will launch on 13 November in India; Moto G6 series likely to come next year

Motorola has already unveiled the Moto X4 at the IFA 2017 conference in Berlin earlier this year. It is already available for sale in the European markets.

Motorola has announced that it is finally all set to launch the Moto X4 in the Indian market on 13 November 2017. The new date comes almost a month after rumours stated that the phone would launch on 3 October. The company confirmed the launch date in a response to a customer on its official Twitter handle. 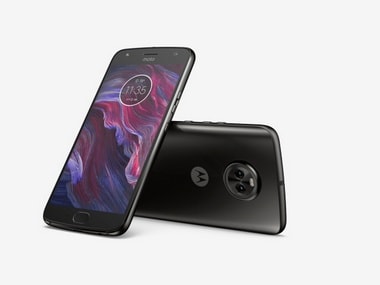 Motorola has already unveiled the Moto X4 at the IFA 2017 conference in Berlin earlier this year. It is already available for sale in the European markets. The Motorola Moto X4 comes with a dual-camera setup on the rear with a 12 MP dual autofocus Pixel sensor and an "ultra wide-angle" unit with an 8 MP sensor. The front camera comes with a 16 MP sensor, f/2.0 aperture and features a selfie flash for taking pictures in low lighting conditions. The 12 MP rear sensor has an f/2.0 aperture and the 8 MP has an f/2.2 aperture.

We agree! The #MotoX4 will be unveiled on the 13th of November. Stay tuned for all details!

The phone has a 5.2-inch Full HD display (1080 x 1920) with Gorilla Glass protection and IP68 water and dust resistance rating. The device is powered by a 3,000 mAh battery and comes with Motorola's Turbo Charger for quick charging. Motorola has provided USB Type CTM Port for charging and a 3.5 mm headphone jack for using a headphone/earphone with the device.

Motorola has also included support for Amazon's Alexa and the users can access it without unlocking the device. The company has also provided NFC and Bluetooth 5.0 as connectivity options. Currently, there are no details available on the pricing of the device in the Indian markets.

In related news, reputed tipster Evan Blass has tweeted that successor for its popular Moto G series, the Moto G6 lineup with Moto G6, G6 Play and G6 Plus will be launched next year.