About a year ago, Asus launched its ZenFone 5 Deluxe. It was a big deal for Asus, since this was the company’s first ever premium flagship smartphone. But despite all of its efforts, the device fell short of my expectations and as per my review was not up to the mark. In fact, I even concluded that the lesser priced OnePlus 3T (which was a damn good smartphone) was a better choice and it was priced a lot lower as well. That was the end of 2016, and now, more than a year later, things have changed… drastically. And after doing all of its homework, Asus is back to challenge OnePlus and it could not have come at a better time, when OnePlus built its most polished smartphone ever, the OnePlus 6.

Given its competitive pricing, it is obvious that Asus has built its smartphone with the OnePlus 6 in its crosshairs. A year ago, Huawei's Honor sub-brand tried a similar trick with the Honor 8 Pro and it too came pretty close to the OnePlus 5, but lost out due to its Kirin SoC despite its good build quality.

And now its Asus' turn. So how do the two smartphones compare on paper? Let’s have a look.

Now that you have gone through the specifications, it’s easy to conclude that both smartphones come equipped and are out to challenge one another in the numbers game.

Whether it’s RAM, storage, battery capacity or SoC, both smartphones have packed in enough to give you a tough time selecting one from the other. 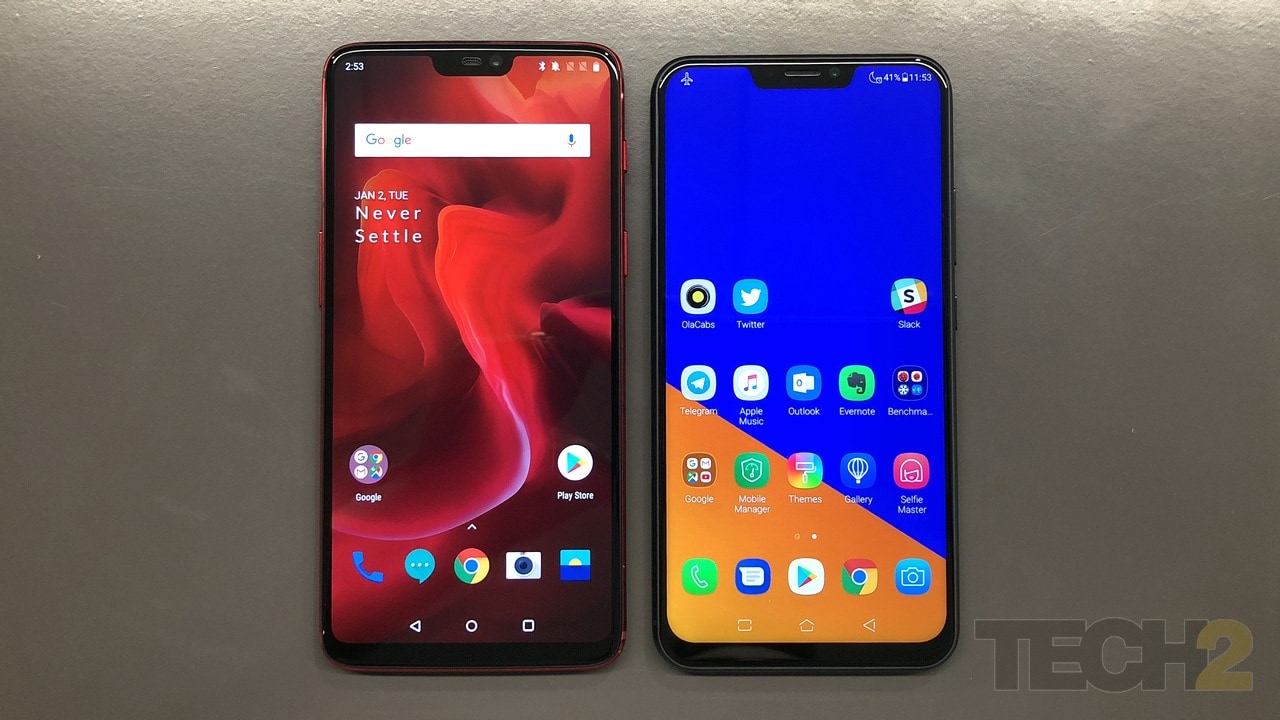 But there’s are some details that separate the two budget flagships and one of them is software.

Asus has come a long way with its Zen UI and it has integrated AI bits that are supposed to make the software experience smarter and hassle-free. But is that what buyers want? Or is their definition of hassle-free OS closer to a stock, no frills version of OxygenOS that comes with the OnePlus 6?

Eventually, it all boils down to this; more so, because the pricing is so competitive! Then comes the camera. While both smartphones offer a dual camera setup, their approach to the same is quite different. Asus with its ZenFone 5Z has gone with dual camera setup which offers a standard and a wide-angle lens. This may appeal to people who love to click travel photos that allow them to capture more into their photos without the need to shoot a panorama. But it comes with a catch. There’s no autofocus system available on the wide-angle lens, so I really can’t vouch for the added benefit without putting it through its paces in my full review (that should be out soon).

OnePlus takes a different approach with the camera, with the primary camera being a 16 MP unit and a secondary camera with 20 MP resolution. More than optical zoom, the 20 MP sensor is meant to deliver sharper images. This can be handy depending on the lighting scenario. 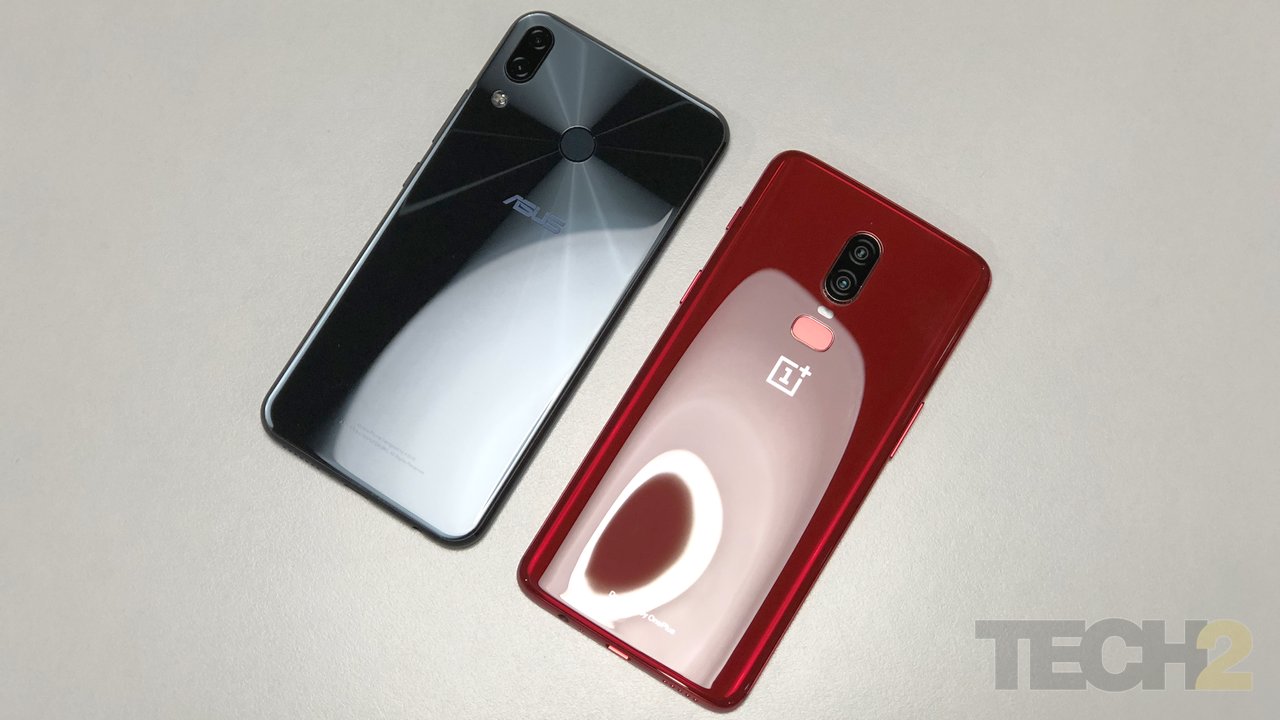 I also give one additional point to Asus for the ZenFone 5Z’s weight. With glass and metal bodies now becoming a standard, most smartphones have increased in heft and weight. With this in mind, the ZenFone seems to have gone on a diet at just 155 grams versus the OnePlus 6’s 177 grams. This is partially thanks to Asus’ design that goes with a flat glass as opposed to the curved 3D glass on the OnePlus 6, which needs to be thicker because of its curvy design. Asus has also smartly included expandable memory. The Asus ZenFone 5Z features a hybrid SIM tray that allows users to swap one nano-SIM with a micro SD card. This increases the device's storage capacity by quite a bit giving users the ability to add an additional 256 GB microSD card.

It’s clear from the above specifications and features that Asus has done its homework this year. But is it enough to dethrone the mighty force of the OnePlus 6? 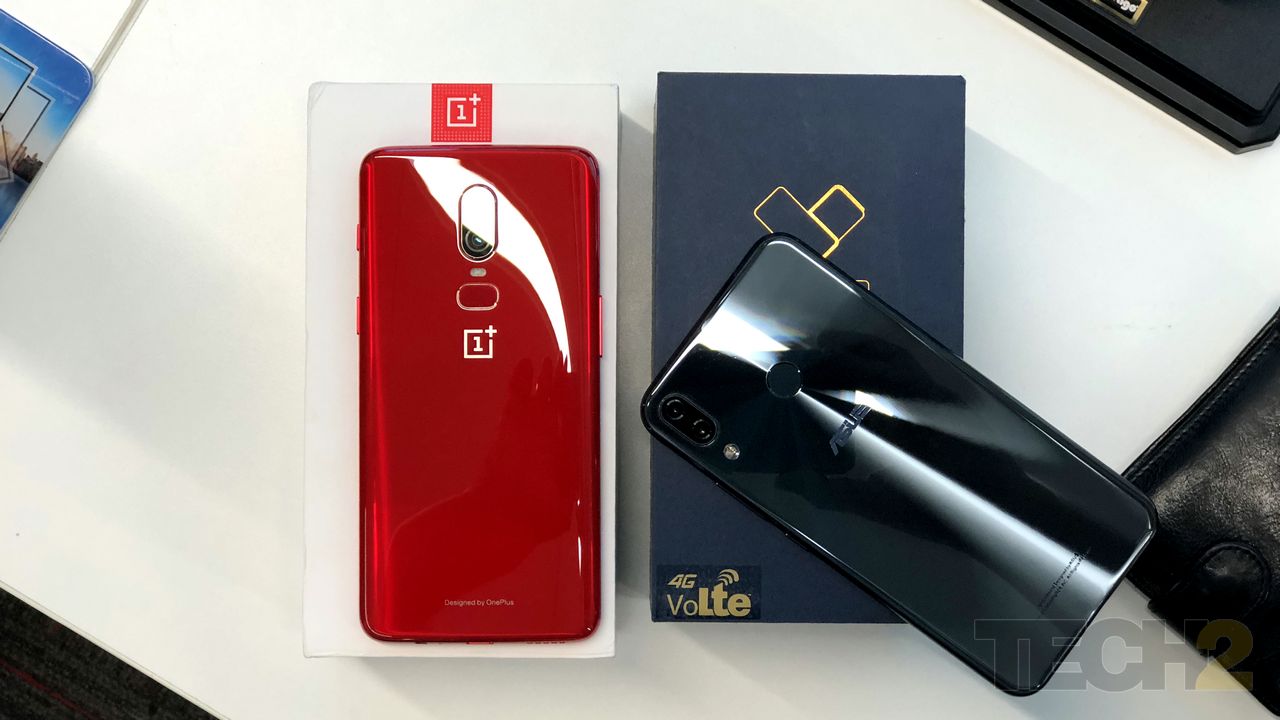 While I’ll reserve my observations for my review of the Asus ZenFone 5Z, it is evidently clear that Asus is back in the game and competitively priced offerings like the ZenFone 5Z and the recently launched ZenFone Max Pro M1 are indicators of this.