That's that. No play possible today and yet another World Cup 2019 match has been abandoned thanks to rain. It will reignite the scheduling debate. Should ICC have kept a day reserve for these games? ICC CEO Dave Richardson had said that keeping in mind the length of the tournament and the human resource involved, it was not practically possible. The argument is not wrong but the washout games have irritated the teams and fans alike. Wonder what is the way out here?

Anyway, we will be back tomorrow for the England vs West Indies contest, set to start at 3 pm (IST). See you then. And wait, two days later, it is India vs Pakistan. Need we say more? So, keep coming back to Firstpost for all the latest score and updates, along with over-by-over updates during the World Cup. Bye-bye.

Kane Williamson, NZ Captain: We have not seen any sun for four days now here. Trying to give what you have got. Time off is also important. We have a little break now. Good chance for guys to freshen up. SA (up next) are a good side we know that every time we play we are competitive. Good opportunity for guys to refresh and come back.

"The sensible decision was to not go into the field of play. Can't really control the weather. We're playing some good cricket, and not too worried about where we stand as a team," says India skipper Virat Kohli

Alright, folks, the game has been called off.

Umpire Marais Erasmus: Still very very wet. I'm not sure what the forecast is, but hope for better conditions at Manchester.

It's raining again. The umpires are doing their inspection while holding umbrellas. Which seems... of limited utility. Two cameramen are following them. This day has been the Reiffel and Erasmus show from start to finish. 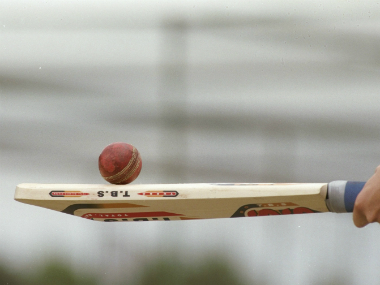 Inspection due at 3pm and the drizzle has begun again. This is crying to be called off. Play technically can begin as late as 4.25pm (according to Simon Doull) but there's almost no chance of that happening. #CWC19 #INDvNZ

We're due for our final inspection seven minutes from now. I've never seen this many inspections in my life. And I've been through Customs in Australia when they're searching for fruit and vegetables.

The umpires are back out for a final inspection, and are deep in discussion. I can't see anything positive coming of this, but stand by.

The official word from an ICC official is that the latest a match can start is 16:17 local time, 8:47 pm (IST), to fit in 20 overs per side. So if the umpires don't think the ground can be made ready my 16:17, then no match can take place. Right now it is 14:25 local time. The chance of this ground being ready in an hour and a half is non-existent. I think we'll have a cancellation announcement shortly.

Ok, we were supposed to have the inspection now, but the covers have just been rolled out again. Some very light rain is falling, and umbrellas are up in the stands below us. We're not having any luck today, and the frustrating dance continues. The clouds have thickened overhead as well, so this might take a while to pass. My natural optimism is struggling to assert itself at this stage. We'll probably have an abandonment sooner rather than later.

We are being slowly murdered with kindness here. They won't call the match off, but they keep delaying the start. Is there really any hope the pitch will dry out in a further hour? I'm not confident. But hope springs eternal. We'll have yet another inspection in yet another hour, at 1:30 pm (local time) or 6 pm (IST). In the meantime the umpires have formally taken the lunch break, so at least that is out of the way.

Simon Doull speaks to the two umpires on the status of the pitch and the toss:

"We've got some muddy areas it, and we just need to give it some time. It's very cold, and not conducive to drying. Inspection at 10.30," says Paul Reiffel.

"It's going to be a slow drying day unfortunately. We have time, and maybe even a reduced game," says Marais Erasmus.

Trent Bridge, Nottingham Weather Update, India vs New Zealand: ICC Cricket World Cup 2019 organisers have had a stiff time with controversies over scheduling, bails that don't go off, coverage inside the home country, gloves going unchecked and above everything, little cricket to cover all that up. With the washed out game between Bangladesh and Sri Lanka on 11 June in Bristol, there have been three matches rained out – an unwanted record in the history of the 50-over event.

India take on New Zealand on Thursday in their third match of the Cricket World Cup and weather prediction doesn't look kind. As per Accuweather, Trent Bridge (West Bridgford in Nottingham) is expected to see variable clouds and showers with the thermometer reading high of 13 degrees Celsius and low of 9 degrees Celsius.

The match is not expected to start off as per schedule (10.30 am local or 3 pm IST) with the prediction of showers up until 1 pm local (5.30 pm IST). The rain is expected to die down around this time but only briefly before reappearing an hour later. On the whole, it is expected to be a wet affair with precipitation chances hovering from 49 percent to 64 percent.

With matches getting washed out leading to frustration for fans and teams, ICC has defended having no reserve days.

"We put men on the moon so why can't we have a reserve day?" Bangladesh coach Steve Rhodes said in frustration.

"I know that it would have been difficult, but we have got quite a lot of time in between games, and if we have got to travel a day later, then so be it."

ICC chief executive David Richardson said, "Factoring in a reserve day for every match would significantly increase the length of the tournament and, practically, would be extremely complex to deliver."

"It would impact pitch preparation, team recovery and travel days, accommodation and venue availability, tournament staffing, volunteer and match officials' availability, broadcast logistics and very importantly the spectators, who in some instances have travelled hours to be at the game."

"Up to 1200 people are on site to deliver a match and everything associated with it including getting it broadcast and a proportion of them are moving around the country so reserve days in the group stage would require a significant uplift in the number of staff."

"There is also no guarantee that the reserve day would be free from rain either."

South-east England received just 2mm of rain in June 2018 but 100mm fell in this week, said the international cricket board further in its defence.

Here's all you need to know about when and where to watch India vs New Zealand match:

When will India vs New Zealand match take place?

The India vs New Zealand fixture will be played in Trent Bridge, Nottingham.

The India vs New Zealand fixture will begin at 3 pm IST, with the toss scheduled at 2.30 pm IST.

Which TV channels will broadcast India vs New Zealand match?

The match will be telecast on the Star Sports network in both standard as well as HD format, with live streaming on Hotstar. You can also catch the live score and updates on Firstpost.com.

RCB vs RR IPL 2021 Live Streaming: When and where to watch