Strauss' suggestion comes in the wake of widespread protests against the ICC's proposal to make Test matches a four-day affair from the 2023-2031 FTP cycle.

London: Former England captain Andrew Strauss believes the traditional Test format shouldn't be tampered with unless there are enough takers for the four-day concept.

Strauss' suggestion comes in the wake of widespread protests against the ICC's proposal to make Test matches a four-day affair from the 2023-2031 FTP cycle.

The former England left-handed opener is a member of the ICC's Cricket Committee headed by Anil Kumble, which is due to meet at the end of March to deliberate on the subject. 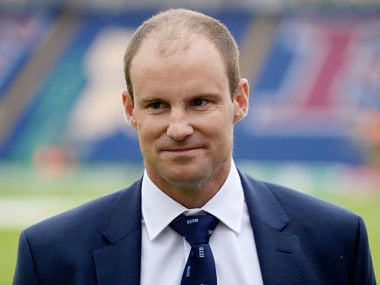 He feels the five-day format shouldn't be changed just for the sake of it.

"If you asked how many people want to reduce Test matches down from five days to four, the answer is probably not that many," Strauss was quoted as saying by 'The Guardian'.

"My gut feeling is that we should be looking at the whole picture, how Test cricket can be looking as healthy as possible in future, then work back from that.

"This isn't something that is being proposed with an agenda behind it. No one wants to change for the sake of it. It should be an easy sell or we shouldn' be doing it," he added.

Strauss, 42, however, was of the view that the ICC should take all factors into consideration before taking a call on the matter.

"We shouldn't assume Test cricket is healthy just because it is popular in England. In lots of parts of the world boards are struggling financially and Test cricket is not paying the bills. So we have to look at ways to improve the product for all.

"That's the spectacle, the cricket itself, the costs, the schedules, the pitches, the balls, the experience. We need a World Test Championship that is meaningful and compelling. The length of the game is only one part of that bigger discussion," he said.

Strauss also wants the Ashes to remain as it is and admitted that it won't be easy to curtail the duration of the Test cricket in the sub-continent, where the spinners normally come into the picture on the fourth and fifth day.

"You want wickets deteriorating on day five, you want thrillers that go all the way, there are a lot of really good exciting draws where one team plays it out. Five-day Test cricket is the way to go without a doubt," he said.

India skipper Virat Kohli had publicly rejected the idea, claiming it's not a good idea to bring changes in Test cricket.

Many former greats, including Sachin Tendulkar, Ricky Ponting, Glenn McGrath, are against the idea, even though England and Wales Cricket Board (ECB) has confirmed that they will support it.