One of India's most popular dance music artists, Zaeden, released the long-awaited official music video of his remake of Rupee's hit 'Tempted To Touch' on Monday in collaboration with Tinder India. Shot in Delhi and Mumbai, Zaeden is seen alongside Rupert Clarke aka Rupee — who originally performed the track — and Bollywood actress Lisa Haydon. In an exclusive statement to Firstpost, the producer said, "It was amazing working with Lisa. She’s humble, passionate and really sweet. I can’t think of any other actress in India who could have pulled this off better than Lisa. She looks incredibly beautiful in the video."

On working with Sahil Sharma aka Zaeden, Rupee said “Zaeden and his team's energy, humility, insight, and spirit definitely struck a positive chord with me and I echoed these sentiments to my team. After a lot of hard work from both parties, we are blessed to have finally reached a destination of incredible musical ingredients, added to a working formula!” To which Lisa Haydon added, "Zaeden is truly in touch with pop culture today. And that is reflective in this classic remake, which made it an obvious choice to want to collaborate on the video with him and his team. It’s rare to work with creatives that are so open to everyone bringing their POV to the table and yet maintaining their own individuality and signature style. It’s an amazing track!"

Zaeden also revealed his next project titled 'Something like' in alliance with current world number 55 DJ Yves V and singer Jermaine Fleur. The project is touted for a release later in July.

Zaeden and Lost Stories will be the sole Indians playing at Tomorrowland this year where they're rumored to unveil their collaboration too. 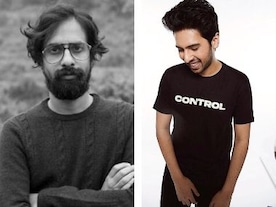