Melbourne: Vidya Balan starrer Kahaani has been named the best film at the International Film Festival in Fiji.

The two-week long film festival, which was partnered with Indian High Commission and organised by Fiji National University and Film Fiji, was held in Labasa. 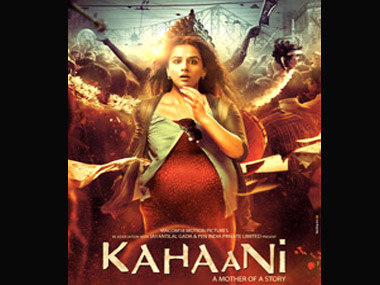 According to an Indian HC statement today, the Festival had opened with the screening of 'Kahaani'. Over 250 entries were received and out of which about 125 films were screened in Suva and other cities, it said.

The Indian feature and documentary films were also a part of festival where 'Kahaani' received the award in 'Best Film' category.

Director Rajkumar Hirani received 'Best Director' award for his film 'Three Idiots'. A special Jury Best Film award was given to 'Kumavatara', Directed by Girish Kasarawalli and best Documentary Film was given to Urban Ox by AK Bir.

In the Short Film category, the award was given to 'Nirvana & Beyond', directed by Juhi Sinha. Other feature films included 'Sarkar', 'Der Brand', 'My Wedding and other secrets', 'Leaving Baghdad', 'Busong', 'Kashmir Ki Kali', 'Sholay', 'Blush', 'Hum', 'Little Big Soldier', 'Koko the Ghost' and 'Zameer'.

These films were screened from all over the country from October 5 to 18.