It’s fair to say that 2018 was a landmark year for OTT and streaming services in India, with over a 100 Million people logging in to various video-streaming platforms. While paid subscriptions are still in single digit percentages, it’s not hard to understand why people are increasingly looking towards the internet for new content; there’s been so much of it and a lot of it has been absolutely brilliant.

2018 saw some great new seasons of running shows like The Marvelous Mrs. Maisel, Glow, Narcos, Stranger Things, The Handmaid’s Tale and Bojack Horseman amongst others, but here’s a list that focuses on the best NEW shows, both India and international that dropped in 2018. This docu-series has it all — a controversial guru, drugs, wiretapping, espionage, attempted murder, the FBI, Rolls Royces and Lear jets. The show revolves around the Rajneesh community’s failed attempt to build a ‘utopian’ city in the state of Oregon, and retells a fantastic piece of American history through interviews and actual video footage. There have been previous attempts to tell the Rajneeshpuram story, but Wild Wild Country unfolds like a Hollywood thriller. The show’s directors, Chapman and Maclain, took 300 hours of archived footage and turned it into 7 hours of edge-of-the-seat storytelling. If you haven’t watched this one yet and plan to give it a go, bet yourself some good money that you’ll be going around saying ‘tough t*tt**s’ to anything and everything for a few days after. Camille is haunted by the ghosts from her traumatic youth growing up in Wind Gap. Image via HBO

The first of Gillian Flynn’s (of Gone Girl fame) books to be turned into a series, Sharp Objects revolves around a crime reporter who returns to her hometown in Midwestern America to cover the murder of two young girls. Amy Adams plays the alcoholic and self-harming lead character, and has delivered a performance that should earn her a dekko for a third Golden Globe. The show has multiple twists, murder, acute depression and childhood demons, each one vying for the spotlight in a homogenous sea of darkness. This is Jean-Marc Vallée’s sophomore directorial attempt at a miniseries, and despite the weight of expectations after Big Little Lies, the man doesn’t disappoint.

Barry is an assassin who happens to discover acting while chasing a target. Barry can’t act, of course, but he now wants to be an actor. The absurdity of the premise is what makes this show a comedy gem unlike anything else out there. This isn’t just dark comedy or satire. This show is a downright weird combination of violence and comedy, but then everything about Barry Hader is weird. There’s a certain irreverence towards the rules of show-making and what the audience wants, and that’s what makes Barry so original. When was the last time you rooted for a lost and lonely killer? Homecoming is based on a psycho-thriller podcast, and features Oscar winner Julia Roberts in the first miniseries of her career. The show revolves around a therapist at a facility that rehabilitates soldiers suffering from PTSD and readies them for civilian life. It definitely is heavy material and can be confusing at times as it segues between past and present. Director Sam Esmail (Mr. Robot) shows his penchant for creating strong anti-establishment vibes through his storytelling, and leaves you feeling like a pawn in a universe with forces you can’t control. What ultimately brings this show together beautifully, however, are the stellar performances from its cast, more notably Julia Roberts, Stephan James and Shea Whigham.

Killing Eve explores the no-man’s-land that has quietly existed between great television content and the edgier stuff of the internet that we’re becoming so used to. Writer Phoebe Waller-Bridge (Flea) takes what can loosely be called a spy story and adds dark humour and intense doses of estrogen. Sandra Oh plays an MI6 investigator hunting down a glamorous assassin (Jodie Comer), and the show is thrilling, stylish, violent, quirky and hilarious in equal parts. The screenplay refreshingly stays away from morally judging the two main characters, and what you’re left with at the end of Season 1 is a unique and unresolved relationship between the two; no show this year has set up a second season better than this. 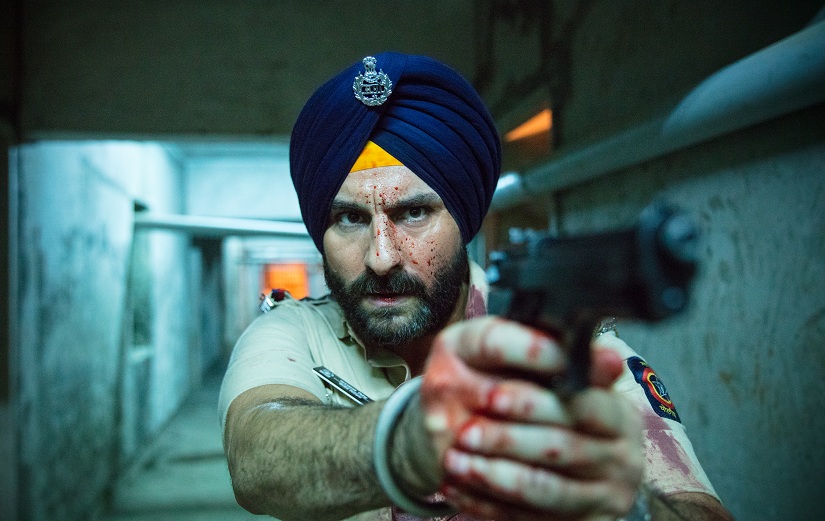 Based on Vikram Chandra’s acclaimed underworld epic, Sacred Games was Netflix’s first attempt at serialised Indian content. The eight-episode drama takes place over two distinct timelines, one set in the ‘Bombay’ of the 80s while the current story features our hero, an honest police officer with 25 hours to save the city. While a lot of this might sound familiar to those who watch a lot of Hollywood fare, the charm of the show really lies in how the city has been treated as a leading member of the cast. The co-directors, Anurag Kashyap and Vikramaditya Motwane have used the city beautifully as a backdrop to Chandra’s wonderfully nuanced characters. The first season tells half the story, and there’s a second season in the pipeline.

A small town ‘mafia’ story, Mirzapur has all the familiar ingredients that made Gangs of Wasseypur kick off an entire new genre in Bollywood. Except there’s more depth to the characters and their relationships, and that’s what makes this show so binge-worthy for a fan of the genre. At the heart of multiple crisscrossing plotlines, is the troubled relationship between a carpet exporter turned crime lord, and his wayward son. Pankaj Tripathi is brilliant as he usually is, and the rest of the cast boasts names like Kulbhushan Kharbanda, Ali Fazal, Divyendu Sharma, Rasika Dugal, Vikrant Massey and Rajesh Tailang. Watch this one for the performances and to expand your repertoire of cuss-words. The poster of Breathe. Amazon Prime

Breathe dropped on Amazon early this year amidst mixed reviews and a mostly confused audience. The show’s premise of a father who decides to knock off four people to get his ailing child to the top of an organ donor list, promises something big but delivers something else; not small but just different. And that’s more to do with how the show has been made. It’s predictable and weird at the same time. Madhavan’s character isn’t exactly lovable, but you want him to succeed. And it’s this dichotomy that keeps one confused but watching till the end.

Earlier this year, Netflix premiered Everything Sucks!, a show about growing up in the 90s which promised a lot but failed to deliver. The nostalgia genre has had massive successes like The Wonder Years, and more recently The Goldbergs, but it isn’t always easy to get it right because it’s really about striking the right number of chords across a huge number of people. For TVF then, picking up a childhood trip into the 90s was either a really smart move or a really stupid one. Most would say they got it right though, with teenage crushes, tuitions and that secretly read first porn mag. This one’s definitely the ‘sweetest’ Indian show of the year. 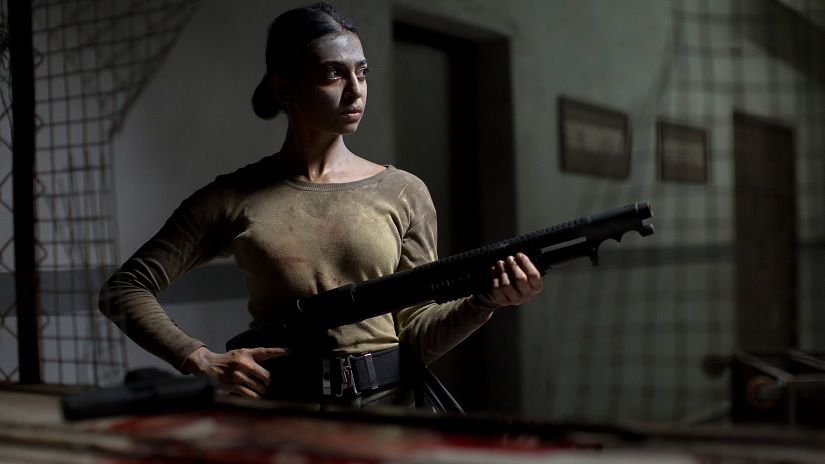 Nothing could have prepared India for something like Ghoul, given how politically correct and factually indifferent our filmmakers seem to have gotten in the recent past. Amidst the spate of jingoistic tripe that’s been flooding Indian cinema, Ghoul’s trailer could easily mislead one into thinking that this was more of the same, just with some kind of a supernatural twist. But you couldn’t be more wrong. This dystopian mini-series dares to challenge the boundaries of what’s currently afflicting the social fabric of the country, and starts off with some highly bold subtext. That it meanders into what it initially promises, which is a lot of supernatural hoo-ha, shouldn’t be a deterrent even for the most scaredy-cat types — there’s enough to make it worth at least one watch.