The first look of Chirag Patil, who will emulate his father cricketer Sandeep Patil, in Kabir Khan's sports drama 83 has been released. The still shows Chirag in a batting position on the cricket pitch, ready to take the strike. The first look describes his character as 'a mighty batsman who could overpower his competition.'

Touted as the "biggest sports film" of the country, 83 is slated to release on 10 April. 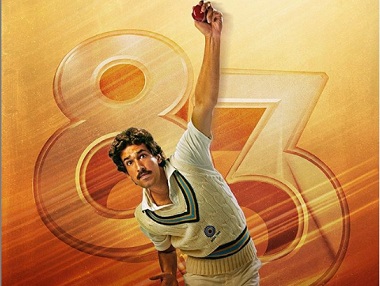