The coveted Golden Globes 2020 took place at the Beverly Hills Hotel in California, US. Ricky Gervais, English comedian and actor, known for his raunchy and caustic brand of humour, returned to host the ceremony for a fifth time.

This edition of the awards saw several memorable moments, including Tom Hanks shedding a tear during his lifetime achievement award acceptance, and Joker composer Hildur Guðnadóttir becoming the first woman in 19 years to take home the trophy for Best Original Score.

Below are some highlights:

Gervais kicked off the ceremony announcing it would be his last stint as the Golden Globes host. "Let’s have a laugh at your expense. Remember we’re all gonna die soon. And there’s no sequel." He then went on to crack scathing jokes about Hollywood’s elite that got both laughs and disapproving looks from the A-list audience.

Ricky Gervais just gave the best opening speech at the #GoldenGlobes ever.

He joked about Hollywood’s lack of diversity, film producer Harvey Weinstein, who has been accused by more than 80 women of sexual misconduct, and the suicide of financier and sex offender Jeffrey Epstein. Gervais also called out Hollywood actors as hypocrites for giving impassioned political speeches at awards shows while working in movies or television series produced by major tech and media corporations.

The director of Parasite, Bong Joon-ho, in his acceptance speech for Best Foreign Film, said audience need not be dissuaded from watching international films. "Once you overcome the one-inch-tall barrier of subtitles, you will be introduced to so many more amazing films," he said in Korean. "I think we use only just one language — the cinema." This accolade has solidified the chances of Parasite for an Oscar win in the Best International Film category.

“I think we use only just one language, the cinema.” Bong Joon Ho accepts the award for best foreign-language film for #Parasitehttps://t.co/b81GHqk4Qo#GoldenGlobespic.twitter.com/03fQn3RhdR

Michelle Williams was an exception on a night at the Golden Globes, where the talk mostly avoided politics despite fears of a war amid increasing tensions with Iran. The actress used her acceptance speech to speak out about the coming US election, the status of women and abortion rights, which elicited an emotional reaction from actress Busy Phillips.

“I’m grateful for the acknowledgement of the choices I’ve made and also grateful to have lived at a moment in our society where choice exists, because as women and as girls things can happen to our bodies that are not our choice,” Williams said, as she accepted the Golden Globe for best actress in a limited television series for her role on FX’s Fosse/Verdon.

“I wouldn’t have been able to do this without employing a woman’s right to choose. To choose when to have my children and with whom,” Williams said. “When I felt supported and able to balance our lives, knowing as all mothers know that the scales must and will tilt towards our children.”

Australian communities battling wildfires were given several messages of support at the Golden Globes, with Ellen DeGeneres, Patricia Arquette and Australian-born Cate Blanchett among those sending best wishes. Russell Crowe could not be there because he was helping fight the flames.

DeGeneres took time at the top of her speech Sunday accepting the Carol Burnett Award to honor those fighting the fires. Patricia Arquette mourned “the continent of Australia on fire.” Phoebe Waller-Bridge said she would auction off her Globe outfit, and have the proceeds go to firefighter relief.

Crowe won the award for best actor in a limited series or TV movie for playing former Fox CEO Roger Ailes in the Showtime miniseries The Loudest Voice, but he was not in California to accept the trophy. He was helping protect his home from the wildfires, sending in a speech read by Jennifer Aniston.

A great speech from Russell Crowe at the #GoldenGlobes - important, too pic.twitter.com/o9TzWbLtUq

Nominee Beyoncé and husband Jay Z walked into the ceremony nearly an hour after it had begun. They walked in during Kate McKinnon's introduction of DeGeneres before presenting the talk show host with the Carol Burnett Award. The couple stood in the aisle and waited for McKinnon to conclude her speech before making their way to their seats. Amy Kaufman from LA Times even shared a photo of the two waiting to be seated.

. @Beyonce and Jay-Z just walked in. They're waiting until Kate McKinnon finishes speaking to take their seats. Is their bodyguard carrying bottles of alc for them? pic.twitter.com/eeB7NPHW4g

Beyoncé's 'Spirit' from Jon Favreau's live-action remake of The Lion King was nominated for the Best Original Song, alongside co-writers Ilya Salmanzadeh and Labrinth.

Priyanka Chopra and Nick Jonas present an award together

Priyanka Chopra joined husband Nick Jonas in presenting the award for Best TV Series, Musical or Comedy, won by Phoebe Waller-Bridge's Fleabag. The actress was seen in a fitted pink gown, while Jonas went for a classic tuxedo with a Prade bolo tie.

Here is the couple on stage

Awkwafina wins for The Farewell

Rapper and actress Awkwafina was awarded the Golden Globe for Best Actress in a Comedy, making her first Asian woman to do so. She is best known for her comic role in Crazy Rich Asians. In The Farewell, she played Billi, a young Chinese-American woman whose beloved grandmother Nai Nai has cancer. However, her family chooses to hide this from the matriarch leaving Billi in a dilemma.

“It’s pretty mindblowing,” she said on her win. “It feels incredible. There’s also another feeling that you are going to do more. I hope this is just the beginning.”

Here is her speech

Awkwafina says hello to a Golden Globe for her role in "The Farewell".

Hear her speech for Best Actress in a Musical or Comedy at The #GoldenGlobes. pic.twitter.com/1G3kNRJ2Wh

“Immigrants in this country who were raised to feel very American... and when we go back where, you know, we’re told that you don’t belong here and you go back to where you belong,” she said. “You feel like a stranger there and this constant feeling of being lost in translation. And I think that’s what really resonated with me in The Farewell.” Awkwafina dedicated her award to her father, late mother and grandmother.

British actor-comedian Sacha Baron Cohen took a potshot at Mark Zuckerberg, accusing the Facebook founder of "spreading Nazi propaganda." As he took the stage to introduce Taika Waititi's Jojo Rabbit, which was nominated in the best motion picture comedy or musical category, he made the reference to the social media mogul. "The hero of this next movie is a naive misguided child who spreads Nazi propaganda and only has imaginary friends. His name is Mark Zuckerberg. Sorry, this is an old intro for the The Social Network," he said.

Here is what he said

Brian Cox took home his maiden best actor in a TV drama series trophy for his role on HBO's Succession, and the actor said he never expected to win the honour. He played Logan Roy, the ruthless media mogul and patriarch at the centre of the HBO drama, and beat out competition that included Kit Harrington (Game of Thrones), Rami Malek (Mr Robot), Tobias Menzies (The Crown season 3), and Billy Porter (Pose).

After receiving the award, he apologised to his fellow nominees. "I'm sorry. I mean this kind of event does your head in. First of all, I want to apologise to my fellow nominees for winning this. I mean, I'm sorry. And that's all I can say. I'm sorry but I never expected this. And I've been in this business, well, next year, I've been in this business for 60 years. I mean, I started when I was two. I just never thought this would ever happen to me so I'm a wee bit shocked," Cox said. 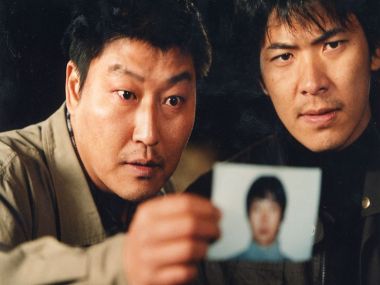