Another couple of the industry is about to tie the knot and tie the knot very soon. It’s none other than Richa Chadha and Ali Fazal. The two have been dating for a long time now and decided to take the relationship to the next and the grandest level. From their first meeting to the proposal, here’s a timeline of their love story: 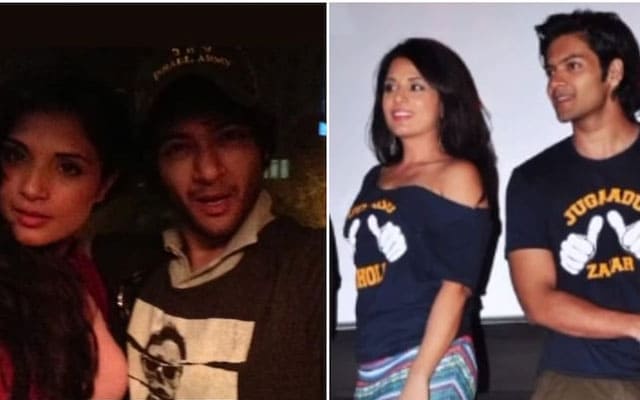 The two met on the sets of Fukrey in 2012 and subsequently, love blossomed between them. Almost four years after being together, Ali proposed to Richa in Maldives back in 2019 and she said yes. A source, back in 2020, told Times of India, “The two first met on the set of Fukrey in 2012 and have been friends ever since. They started dating in 2015, made their relationship public in 2017 and now, they are all set to take the big leap.”

The wedding was all set to happen in April 2020 but was postponed due to the Coronavirus pandemic. In an Instagram chat session, a fan asked about the new wedding date two years ago, to which Richa replied, “Haha! You have time to make a play for him. 2020 isn’t gonna let us marry.” Richa Chadha and Ali Fazal during the promotions of Fukrey Returns

Richa and Ali have starred in two films together and they are Fukrey and Fukrey Returns. In both the films, the about-to-be-married couple was at loggerheads and pinned against one another. It was a game of one-upmanship. Unfortunately, due to date issues, Ali won’t be seen in Fukrey 3. One of the places where Richa Chadha and Ali Fazal’s pre-wedding celebrations will be taking place is an exclusive and one of India’s oldest clubs. Established in 1913, the club is one of the country’s oldest and most exclusive venues in the National Capital, the Delhi Gymkhana Club.

The celebrations are set to take place in two different venues across Delhi. Richa, who was born in Amritsar and was raised in Delhi, has a special connection to the city having grown up there. The wedding will have all elements that are unique to the couple celebrating their favourite food, inspired decor elements amongst other things

The pre wedding functions will have Richa adorned outfits custom made by Kresha Bajaj and Rahul Mishra and Ali will be seen in elegant dapper outfits by Abu Jani & Sandeep Khosla and Shantanu Nikhil.

The venue will host one of the ceremonies. The club is said to have a wait list of almost 37 years for a membership. The couple will have their wedding festivities begin by end of this month and will conclude in Mumbai in first week of October.

A report by Pinkvilla also stated that on 30 September, their pre-wedding festivities will kick start at the Delhi Gymkhana and will continue for three days. Reportedly, Ali and Richa’s Mehendi and Sangeet will take place on 1 October and on 2 October, the couple will reportedly have a wedding party for their extended family and friends. Richa is said to be having 5 different designers designing for her including an international label. Also, as per the reports, each of the signature pieces to be worn by Richa will be designed by a 175-year-old jeweler family from Rajasthan’s Bikaner. Not only this, citing a source, the report also revealed that Richa’s ornaments will be made by the “Khajanchi family”, who are very well “known for their statement heirloom pieces.” The India Today quoted the source as saying, “For the Delhi functions, the actress’ jewellery is being custom made by a 175-year-old jeweller family from Bikaner who are custom making bridal jewellery. The Khajanchi family is a revered family of jewellers who are known for their statement heirloom pieces and they will be designing signature pieces for Richa.” 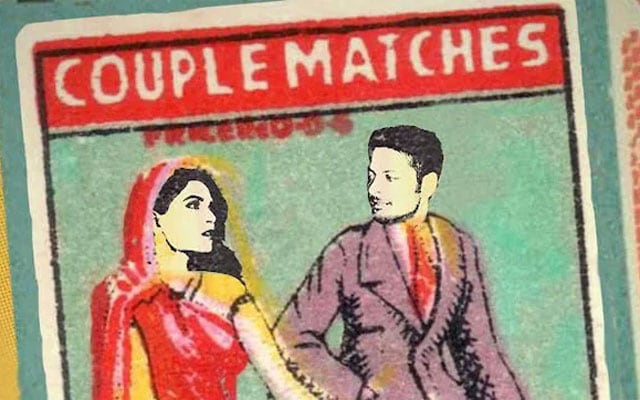 Not the ones to make conventional choice, actor duo Richa Chadha and Ali Fazal’s unique personalities are also woven into the kind of wedding they wish to have. Even the elements surrounding their wedding has been unique to who they are. It’s a known fact the two actors are quirky and have a unique aesthetic sense of their own.

Now a look at their wedding invite can only make us imagine how fun this could are. The actor duo got a friend to design their wedding save the date who custom sketched their faces into kitschy pop art design. The invite has a retro 90s feel made in a shape of a matchbox that reads – “Couple Matches” with a quirky sketch of Richa and Ali in a traditional garbs both riding a bicycle. Ali’s co-actor from Victoria and Abdul legendary Dame Judi Dench has been invited and so has Gerard Butler who Ali Co-stars with in his upcoming Hollywood film Kandahar. Amongst others, Ali has also invited important production people from Hollywood and even the cast of spy thriller series Tehran are on the guest list too. The wedding celebrations are expected to start within days from now in Delhi and will finally conclude on 4th October in Mumbai. 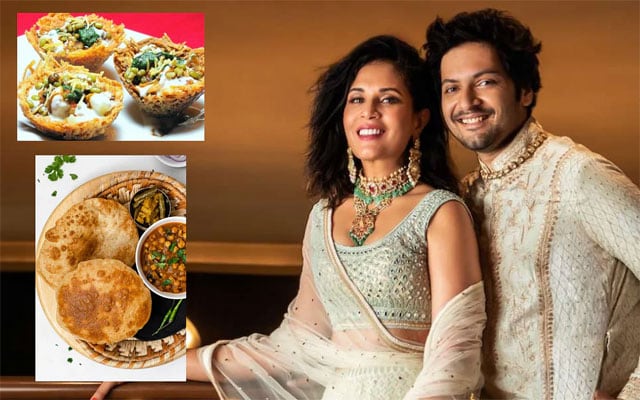 Now this is the most crucial aspect of any wedding. The food has been curated in the fun iconic way as an homage to Richa’s favourite dishes from across Delhi including Rajouri Garden ke Choley Bhature to Natraj Ki Chaat. Such intricate details have been kept in mind while curating unique food experiences.