Dharma Productions' multi-starrer project Brahmastra is expected to release in both Tamil and Telugu languages, besides Hindi. The makers of the film revealed the official logos of the film on their social media.

Director SS Rajamouli also took to his social media on Monday to unveil the Telugu logo of the film.

Brahmastra, which is touted to be the first instalment in a trilogy, stars Ranbir Kapoor, Alia Bhatt and Amitabh Bachchan in lead roles. It is produced by Karan Johar and is called the most ambitious project of director Ayan Mukerji so far. The makers had released the official logo of the film earlier this month at the Kumbh Mela 2019.

The film, which is ready to hit theatres this Christmas, also stars Naagin-fame Mouni Roy and Nagarjuna. 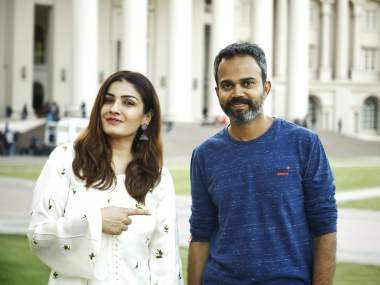